Over spring break last week, we went to Atlanta to see the Mets play the Braves. We all had an absolute blast and it was way more fun than the spring break camping adventure! (Hello hotel room and bathroom!) I just barely squeezed into the biggest Mets shirt I have! 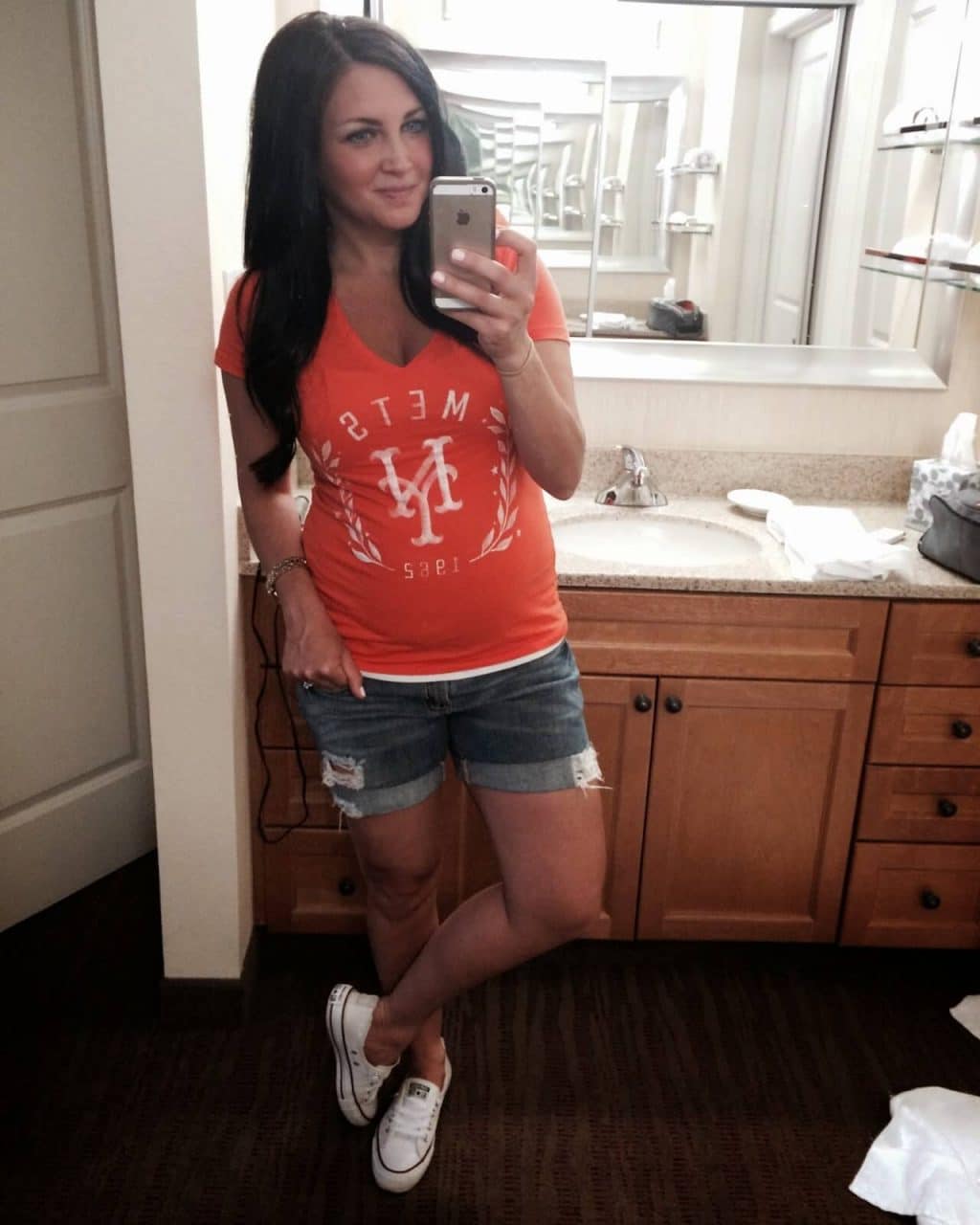 We had some time to kill that morning, before the game started. We got to the stadium early and had a chance to look around and meet the Braves mascot. Which no one cared about but Callan.

We did get to see the Mets warming up, which was a lot of fun! 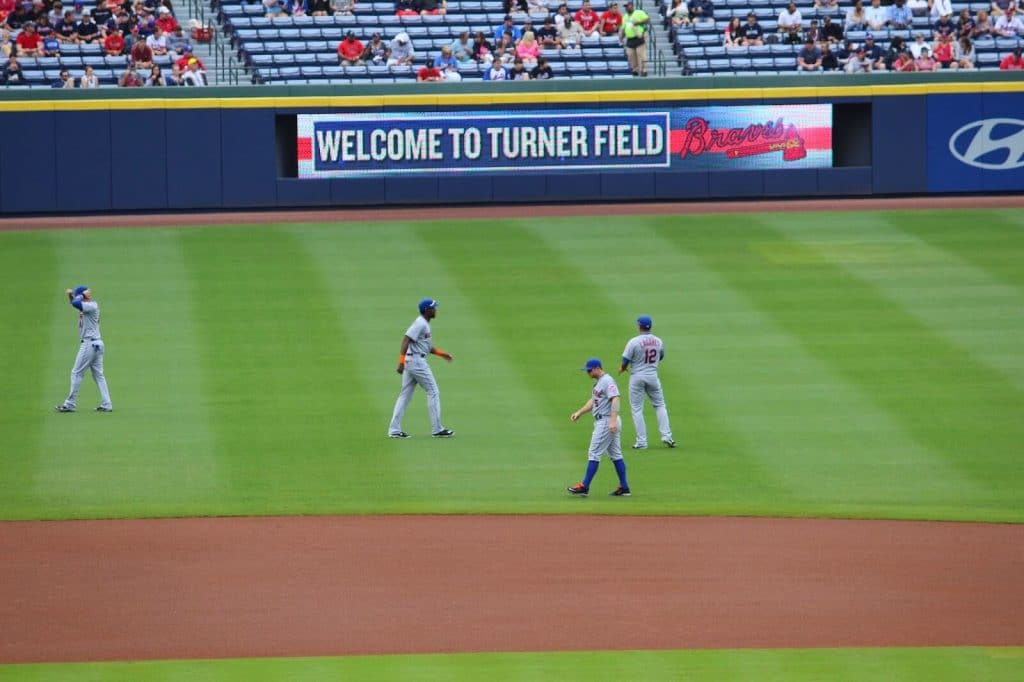 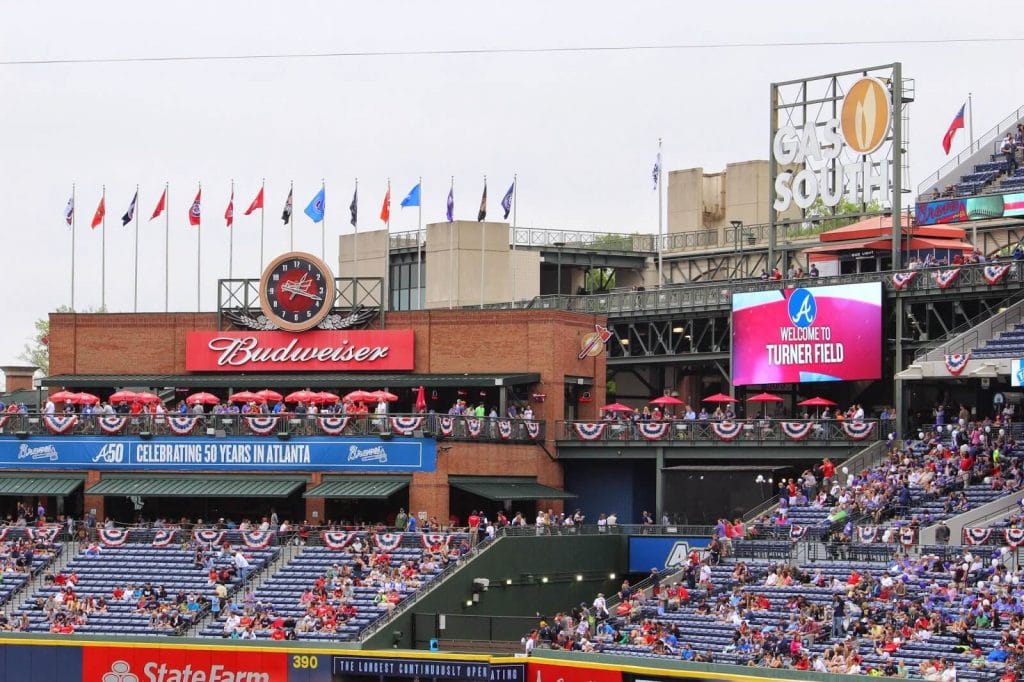 As per usual, Callan fell asleep during the game. It was only about 30 minutes in. That kid can sleep anywhere! 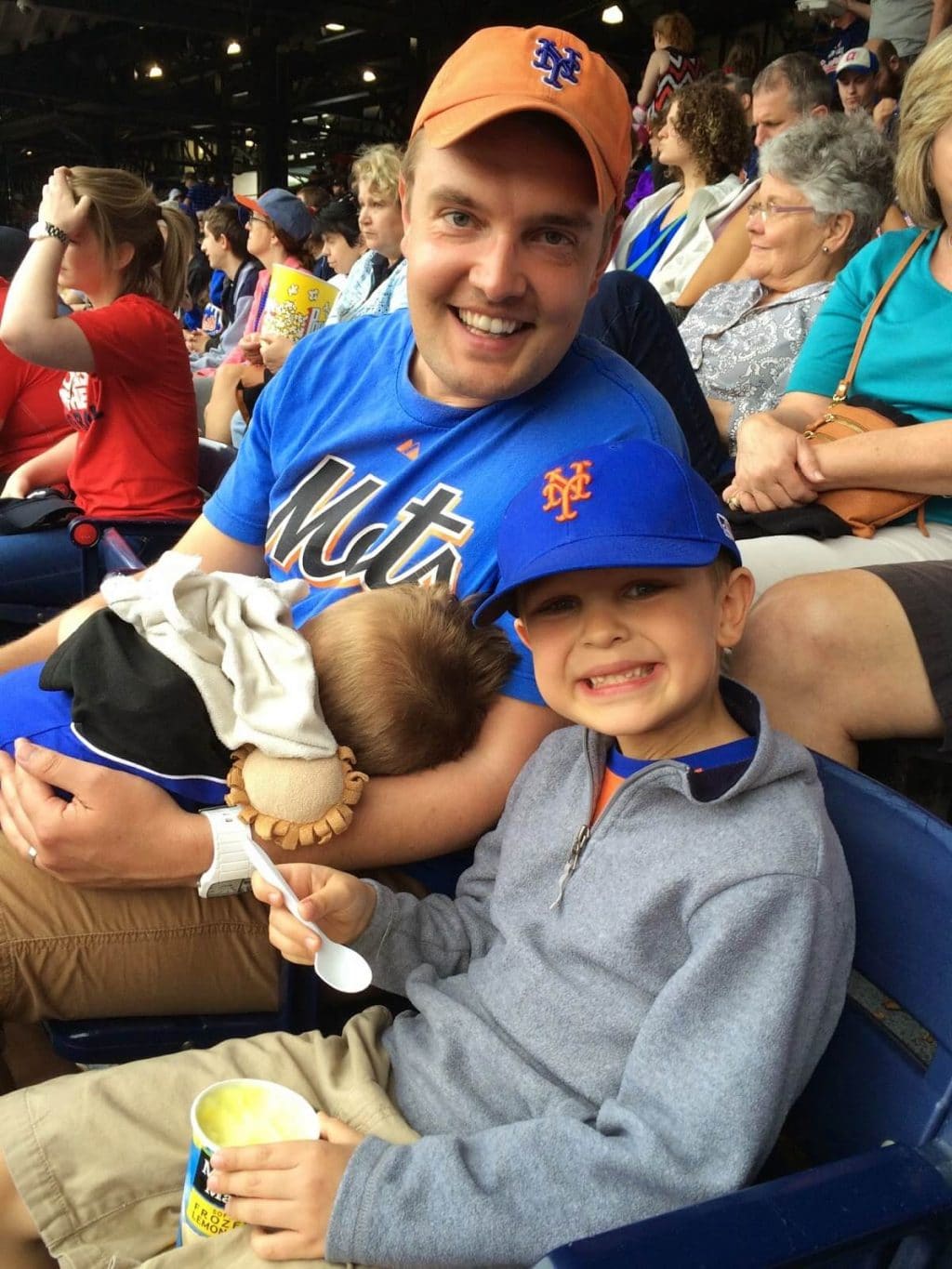 He eventually woke up when Billy’s arm was completely numb, with about 30 minutes left in the game. 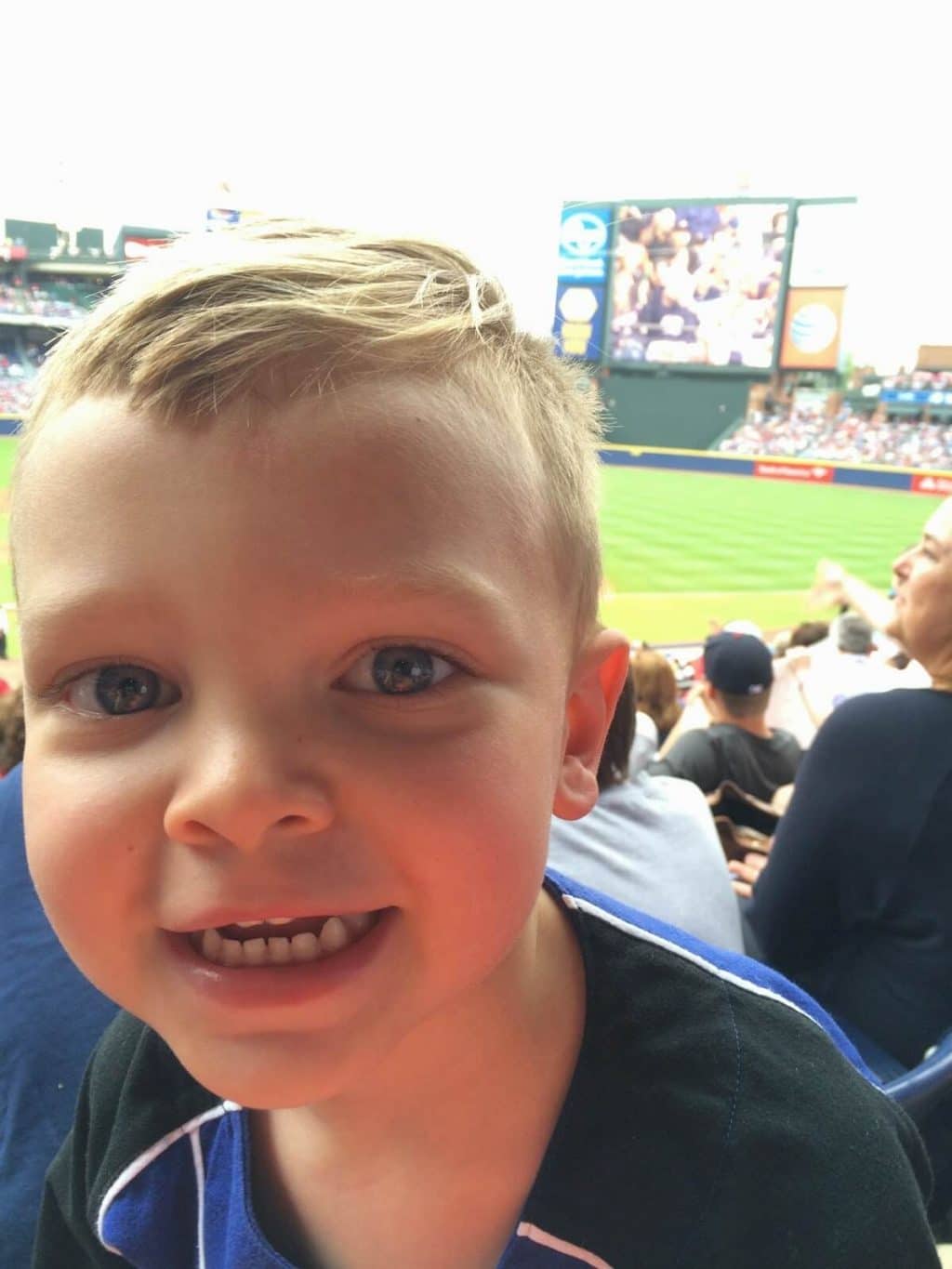 But it was long enough for him to hold up his sign and cheer! Cooper made us all signs and his own was huge. I didn’t get a picture of it while we were there! 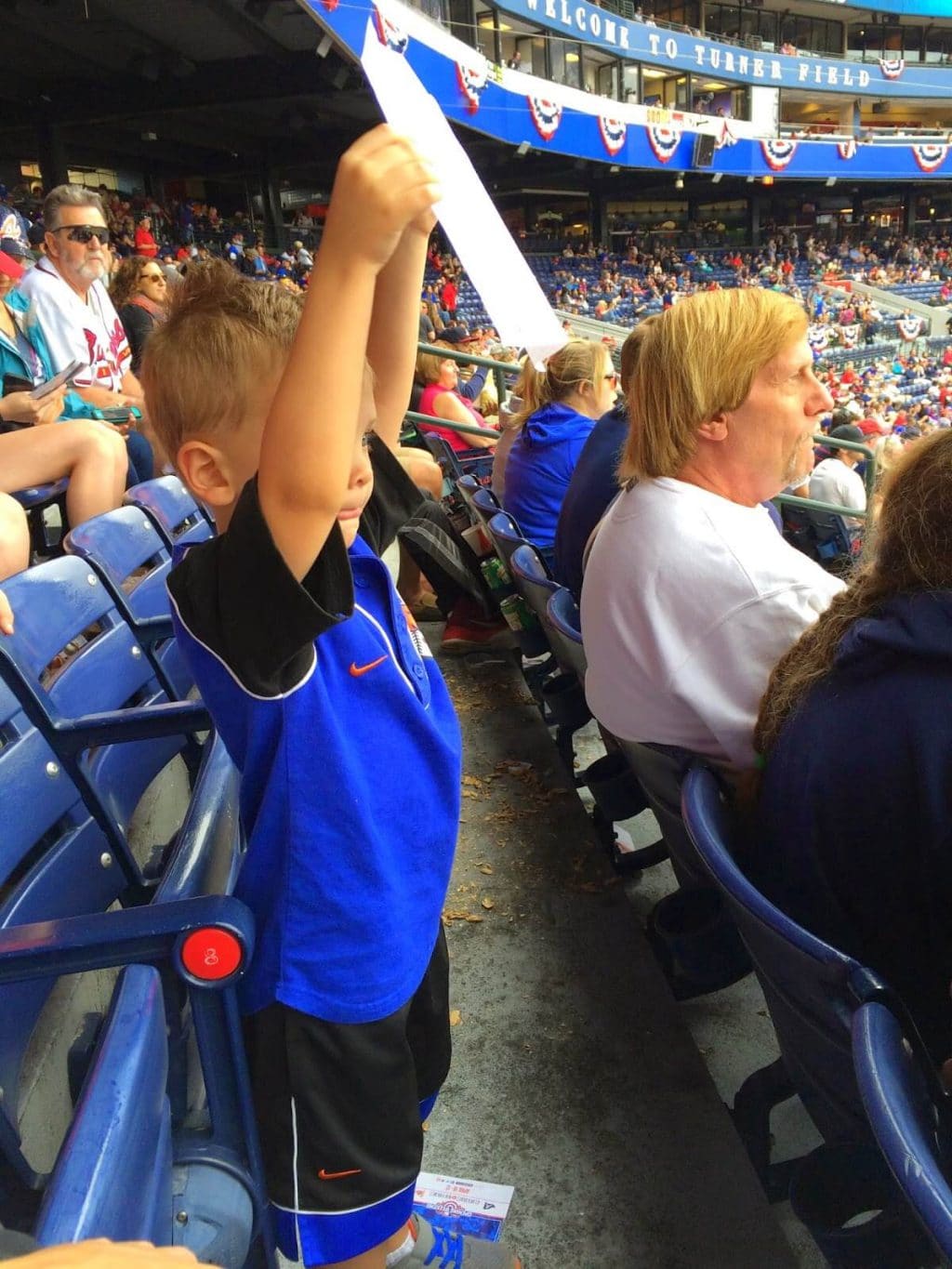 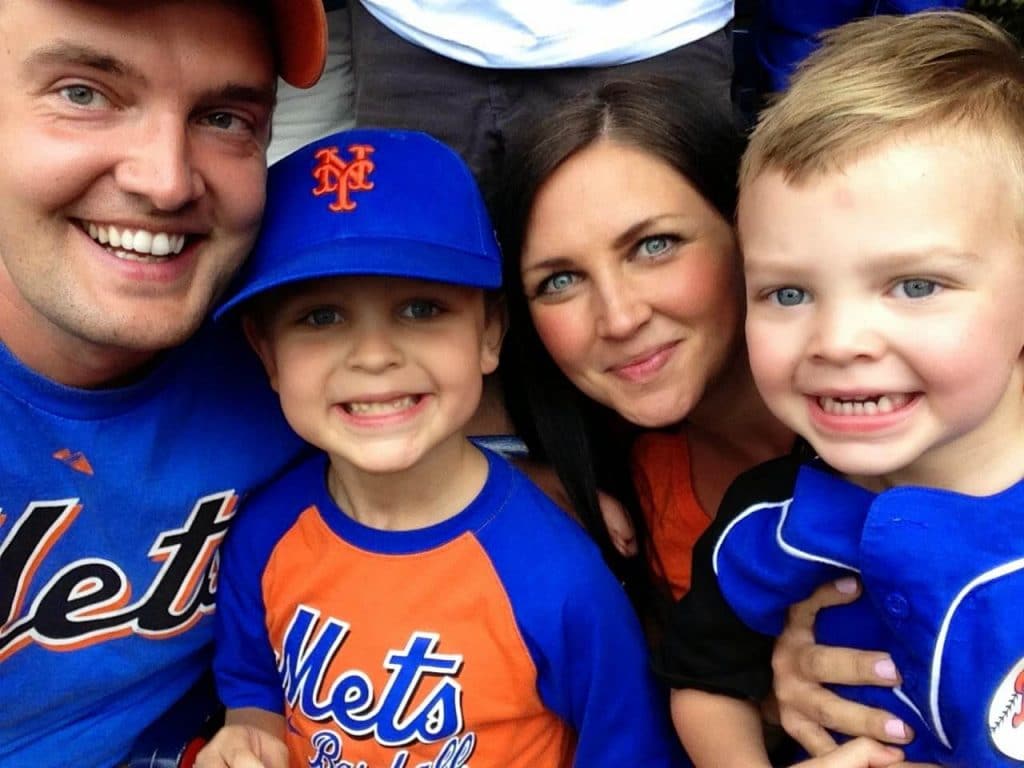 After the Mets 3-2 win, the kids got to run the bases. It was so cool to be able to be down on the field! 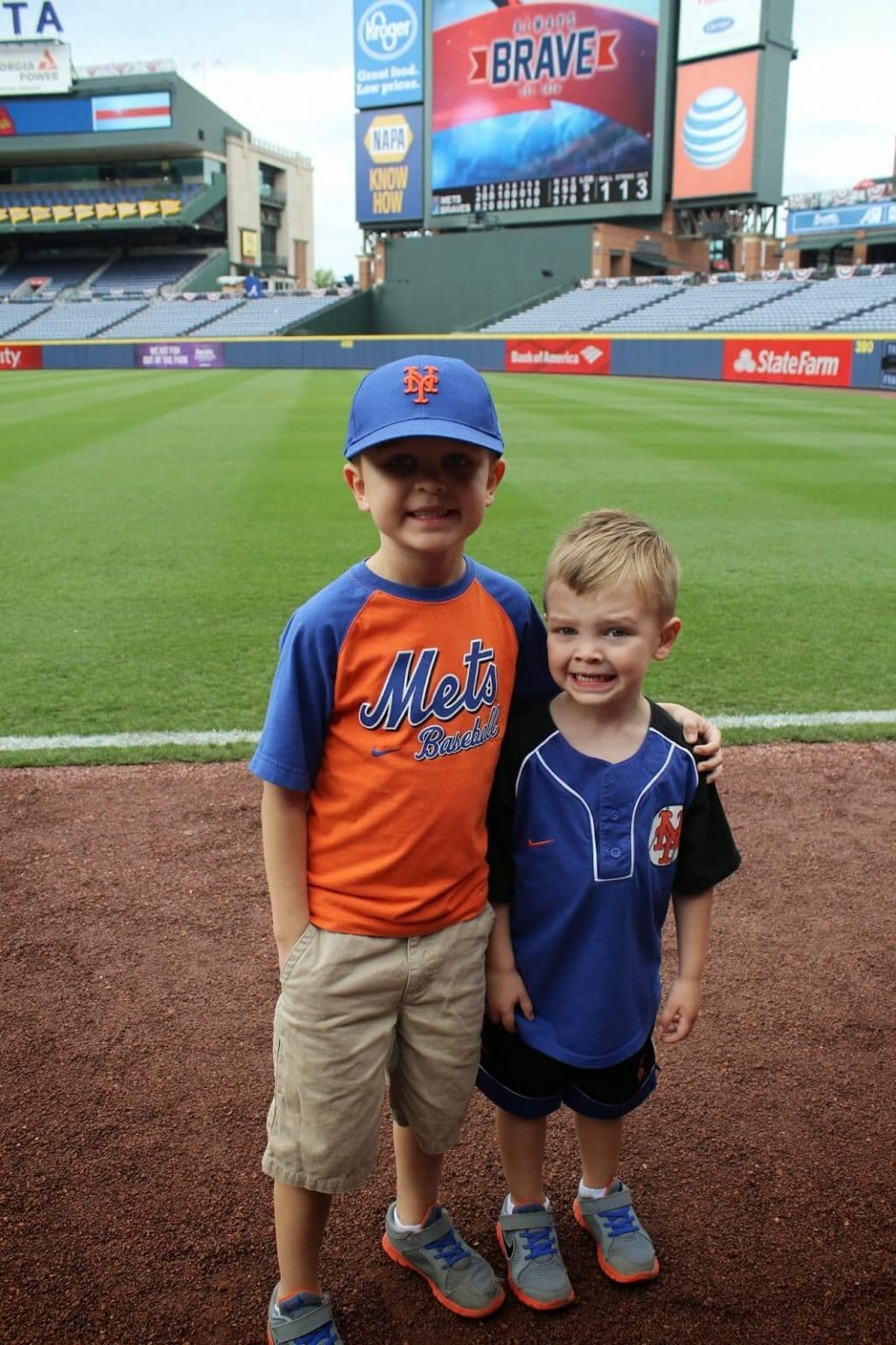 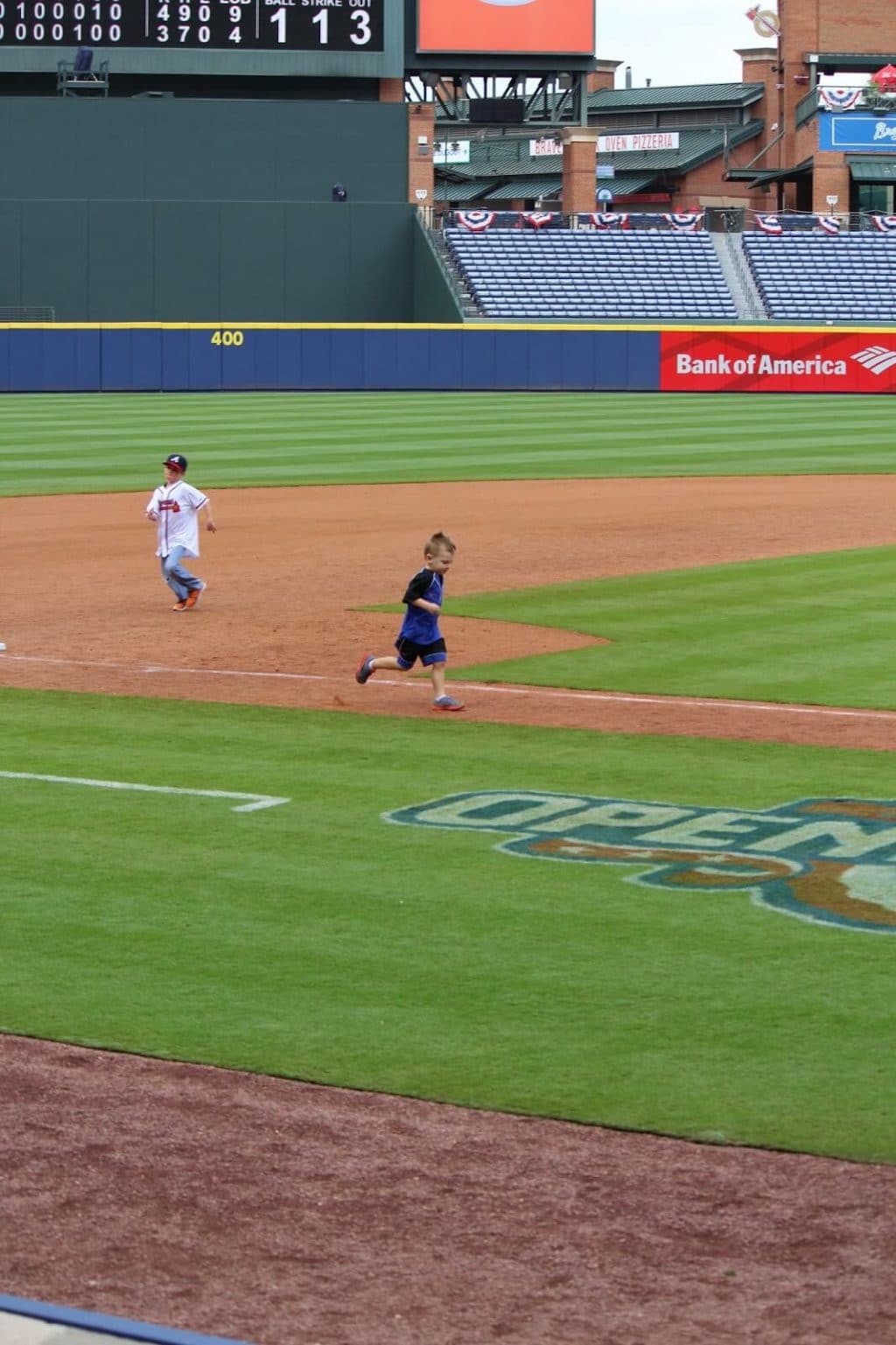 Coop was a good big brother and wrangled Callan, who didn’t want to leave, out of the field and up to the seats where we were waiting. Cooper said he was “despicable” and that he couldn’t talk to him afterwards. Bahaha. 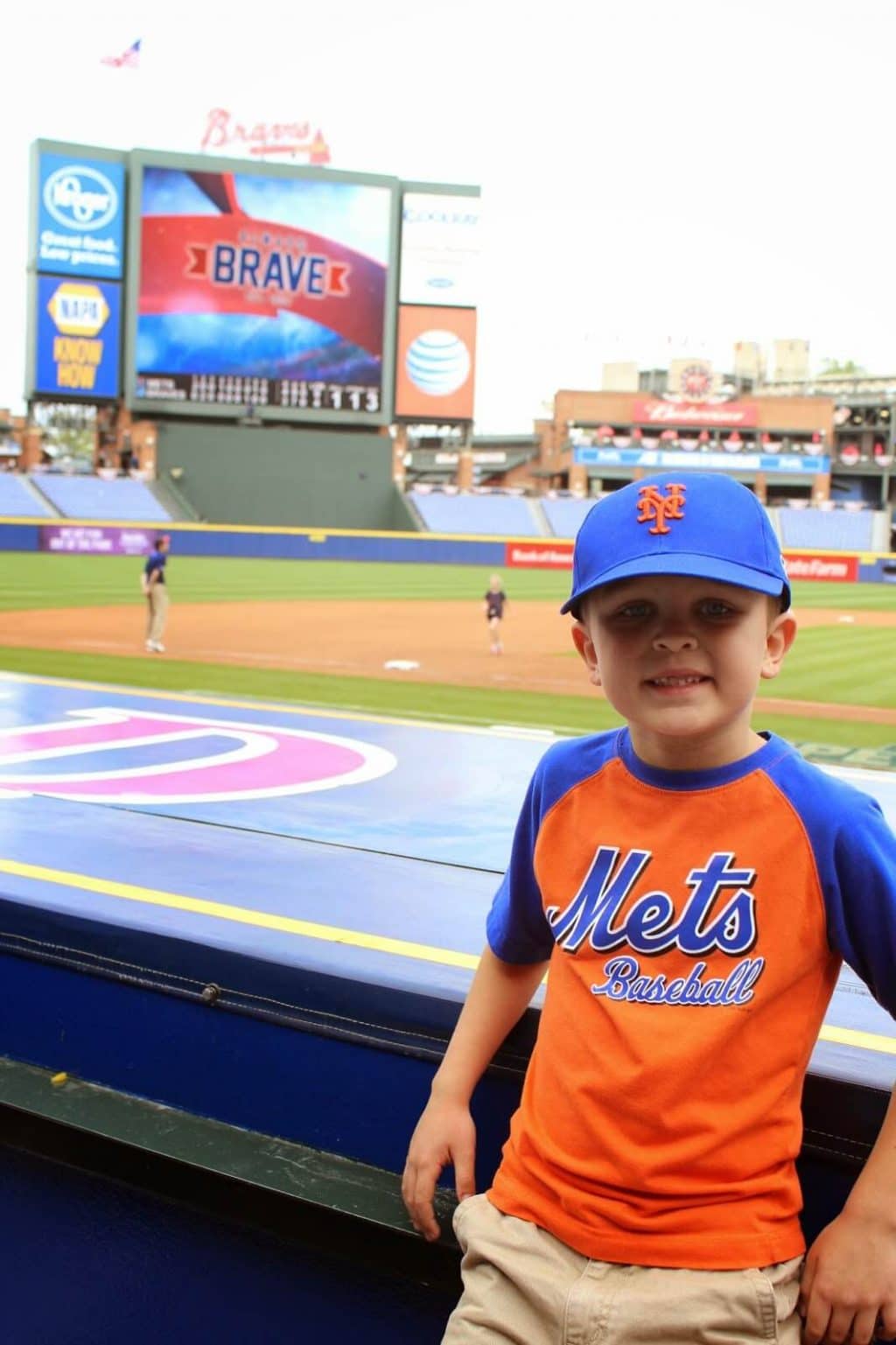 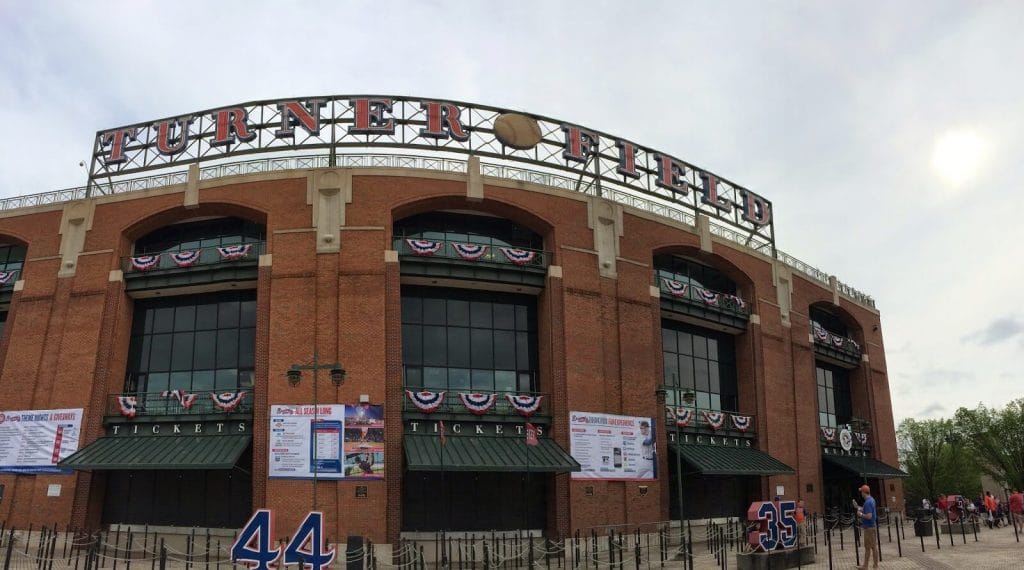 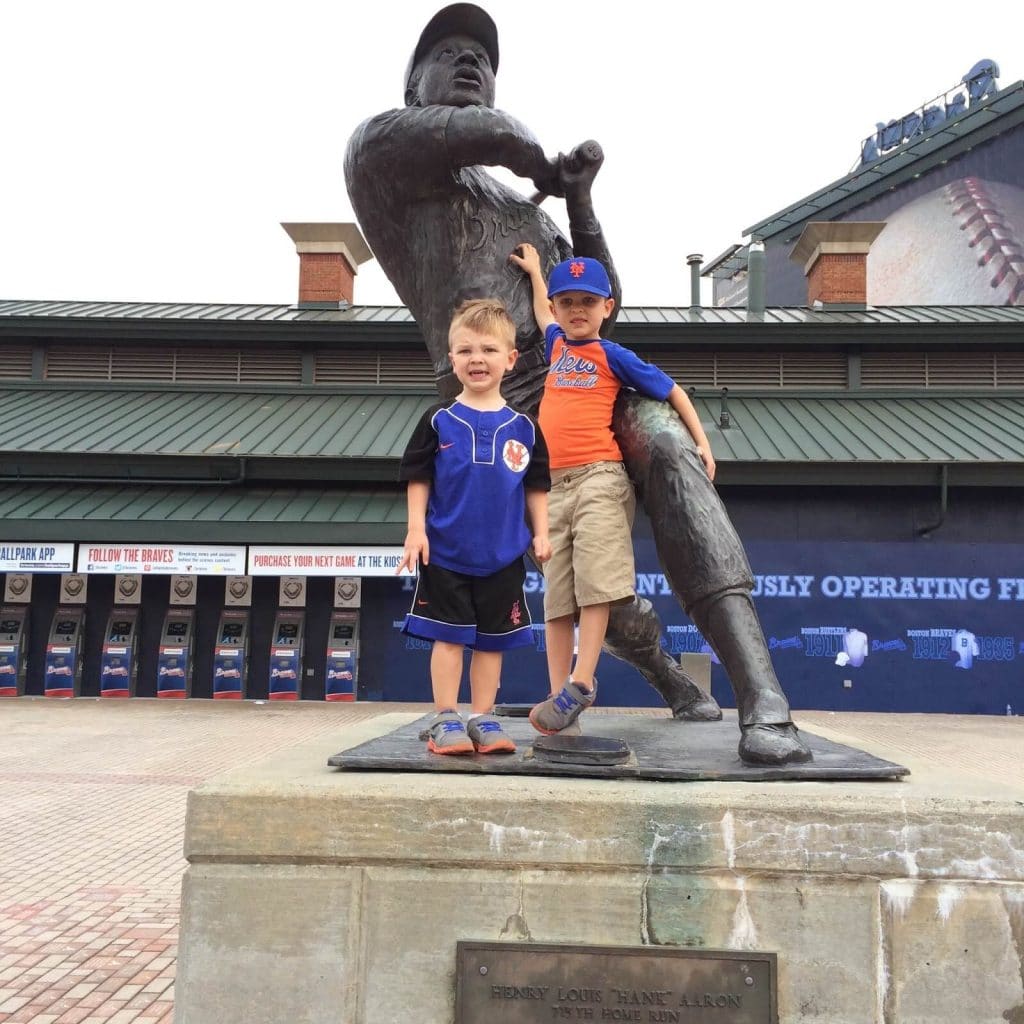 It was a total boy mom spring break, between camping and baseball, and I wouldn’t have it any other way! Love my sweet boys and the fun things they’re teaching me to do!