Thanks again for all your excitement over the newest addition to our family! We are just so excited!


We knew we wanted a third for a while now, but we were trying to figure out the perfect timing. (Which, by the way, there isn’t!) We had decided early summer to wait to try until after our cruise at the beginning of August. I thought we’d have a cruise baby, then I thought we’d have a Disney baby, then maybe a Thanksgiving baby, but none of those were meant to be.


2 days after Christmas, I decided to test because we were leaving for New York the next day. I knew it would be a long shot, since I was only day 22, but I wanted to know before we left, if I could. (I also wanted to know if I should stop drinking spiked eggnog…) To my surprise, it was positive! I had bought a little Christmas bib the month before, because I thought for sure I was pregnant then. I wrapped it up and snuck back into bed with the hubs, telling him that I forgot to give him one of his gifts. He opened it and knew immediately! 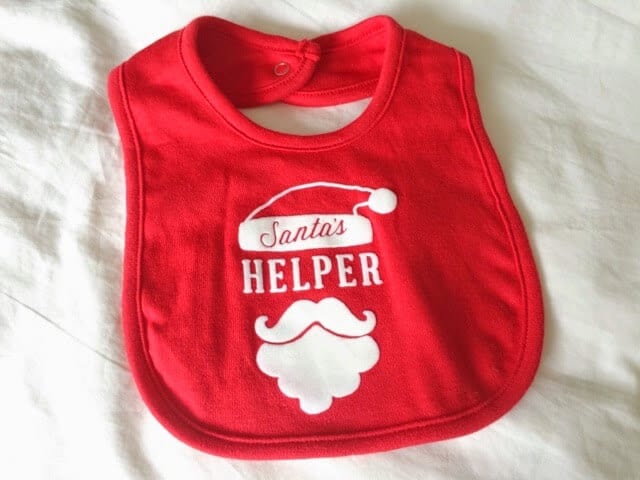 Since we were going to tell our families over the holidays, we wanted to tell the boys first. I knew it was risky telling them so early, since they may tell, but they never said anything. I’m so proud of them!


Cooper has been praying for a baby for a while now. He is so very sweet. When we told him, he jumped up and down, screaming and so excited. When we told Callan that there is a baby in my belly, his response was, “did you eat her?“. Haha. They’re both so excited! Callan wants to know when the baby is coming out all the time. Every Thursday, Cooper asks to watch the weekly video on the What To Expect app to see how big the baby is and what’s developing. He’s sure it’s a girl, because he’s “only been praying for a girl, not a boy“. I hope it’s a girl for his sake, although, we’ll all be happy with whatever God blesses our family with.


I’ve been pretty sick, but not quite as bad as with Callan. The past week has been much better, too. I throw up almost every time I try to drink plain water, so the only thing I drink is weak, decaf tea and Sonic ice. The pregnancies with the boys were complete opposite. So far, I would put this one somewhere in the middle, symptom wise, so that leaves me no clue on the gender.


I will be 11 weeks on Thursday and the due date, as of right now, is September 10th. The baby was already measuring big at the 8 week ultrasound, so we’ll see if I’m going to have yet another huge one! Cooper was 9lbs 2 oz, born at 41.5 weeks and Callan was 8lbs 10 oz, born at 38.5 weeks. This one will be a repeat c-section, probably on September 3, unless I go into labor before then.


I’m mostly anxious now to get a little bigger. I’m in that mushy, nothing fits, but I’m not big enough for maternity pants, phase. I’m also ready to not feel sick at all and to, of course, find out the gender! That will be early April and I just can’t wait to get the nursery ready! We’re planning to change our playroom over to a nursery, so I’ll need all your toy storage ideas for moving them into the boys rooms!


Thanks, again, for all the sweet congratulations, y’all. I’m so excited to share another pregnancy journey with you!