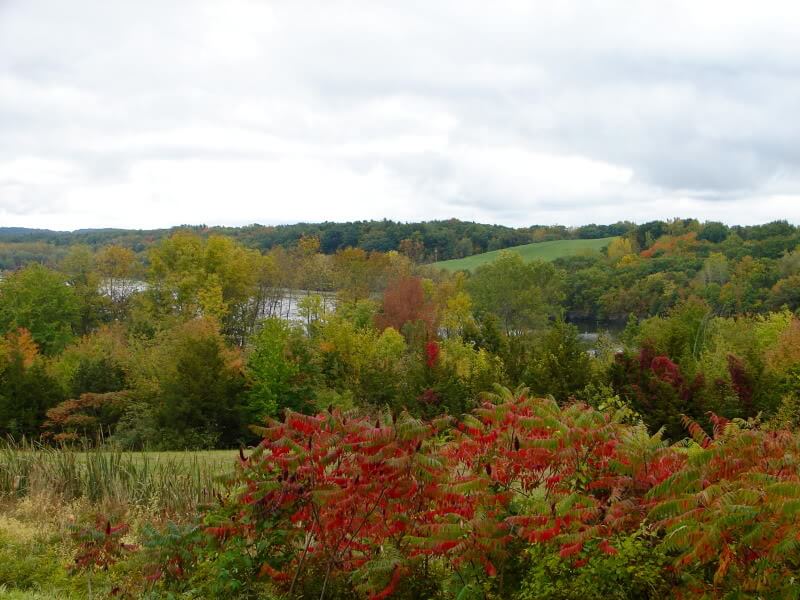 When hubs goes on his annual guys “camping” weekend in NY, one of the big reasons I like him to drop us at my in-laws, is to go apple picking. This year, though, was a really bad season and the place we thought actually had apples, didn’t, just like all the other orchards.

We did stay and play and Cooper throughly enjoyed checking out everything else they had. 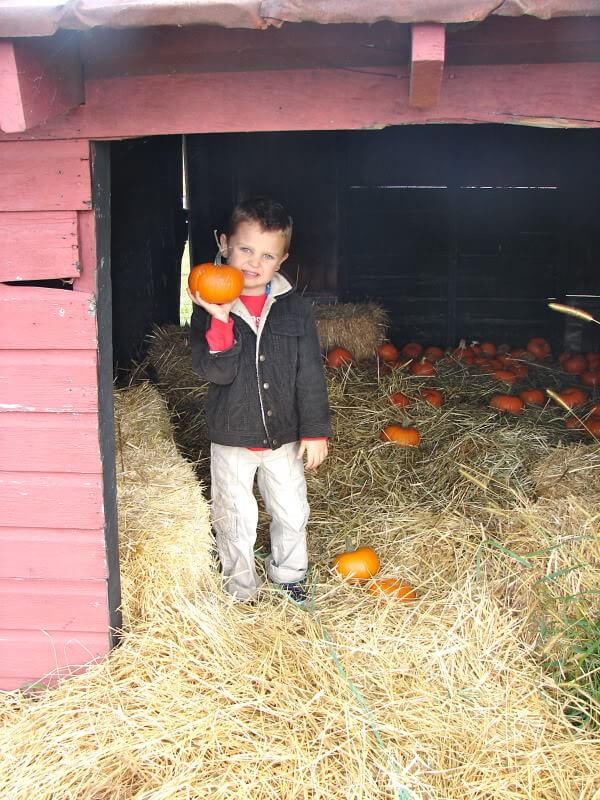 My back and shoulders were so sore after wearing Callan around that day! 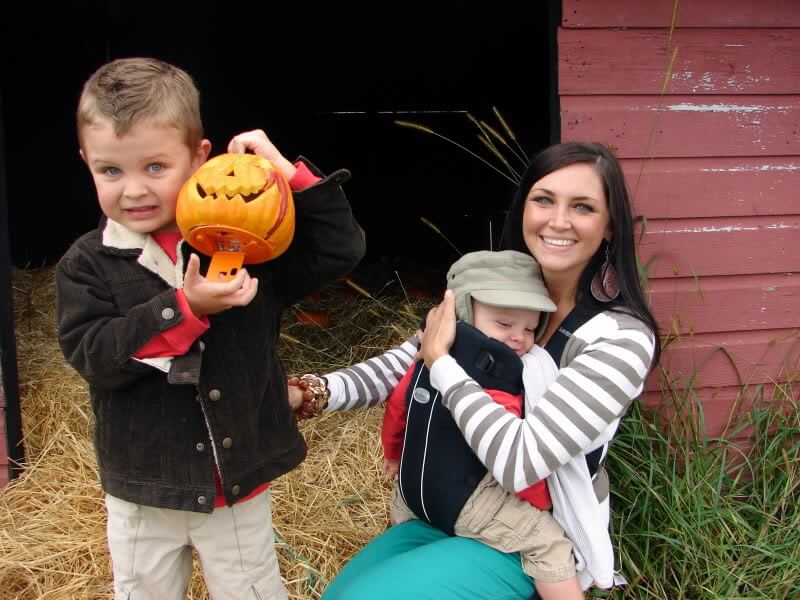 Who doesn’t love a good hayride through the apple(less) orchards? 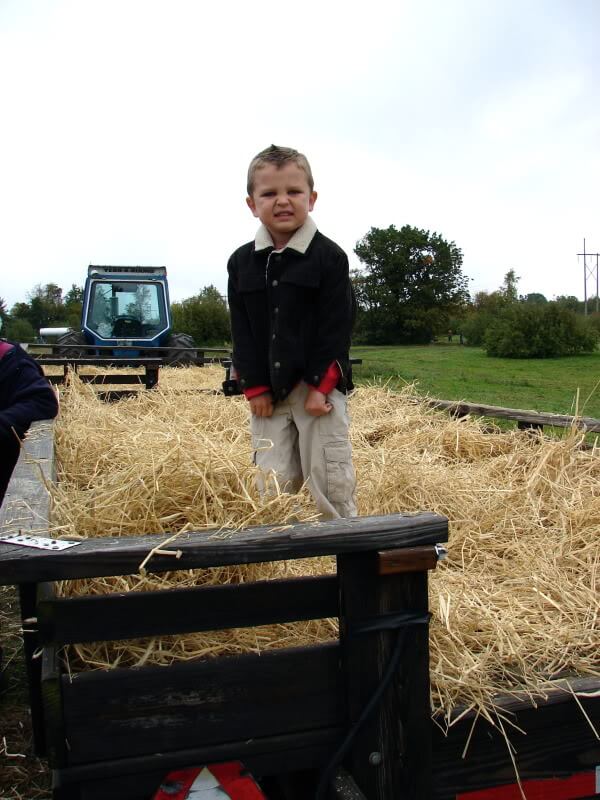 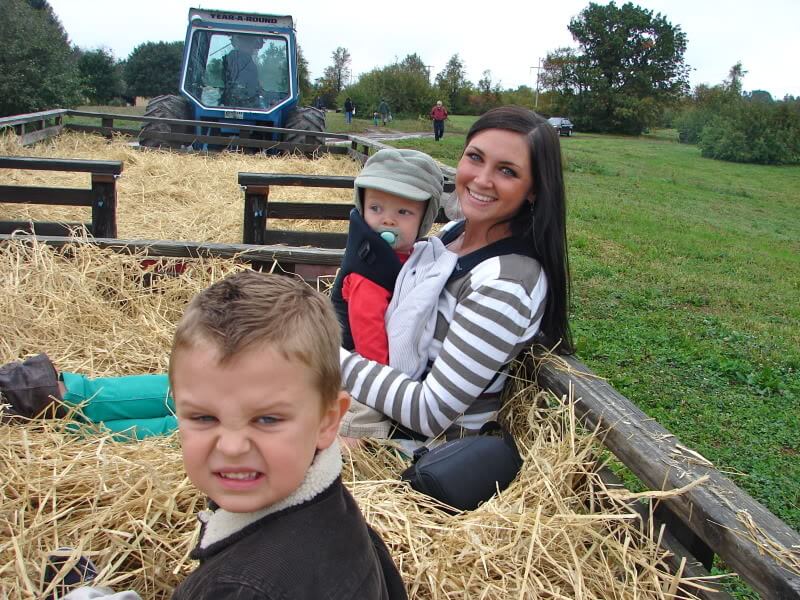 And of course, there had to be some money spent on the carnival-esque activity. 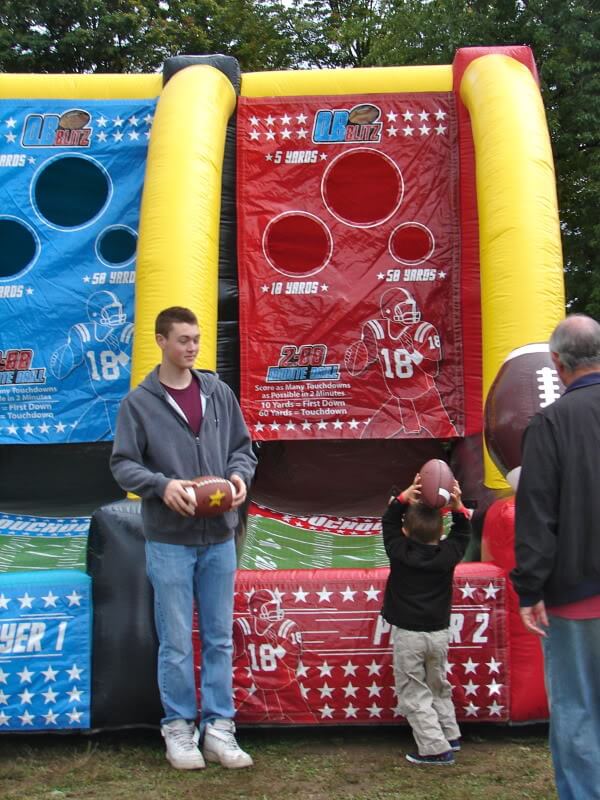 Which brought out my favorite kind of Cooper smiles. 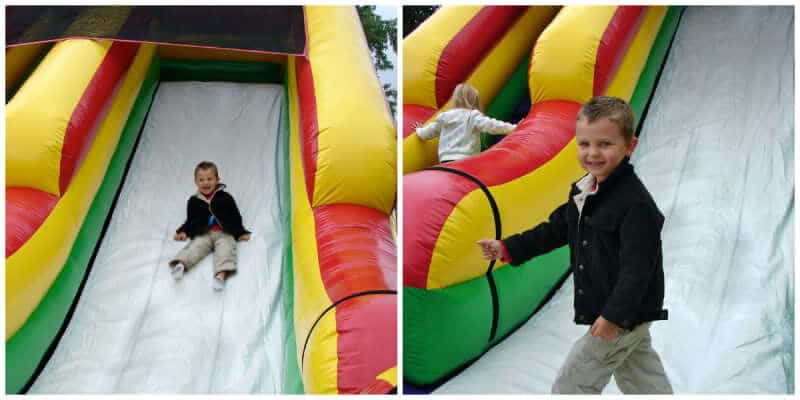 But lets talk about the real issues. When I say I need to go apple picking, what I really mean is, let me eat all the apple cider donuts I can possibly stuff in while babywearing. These things are what dreams are made of. 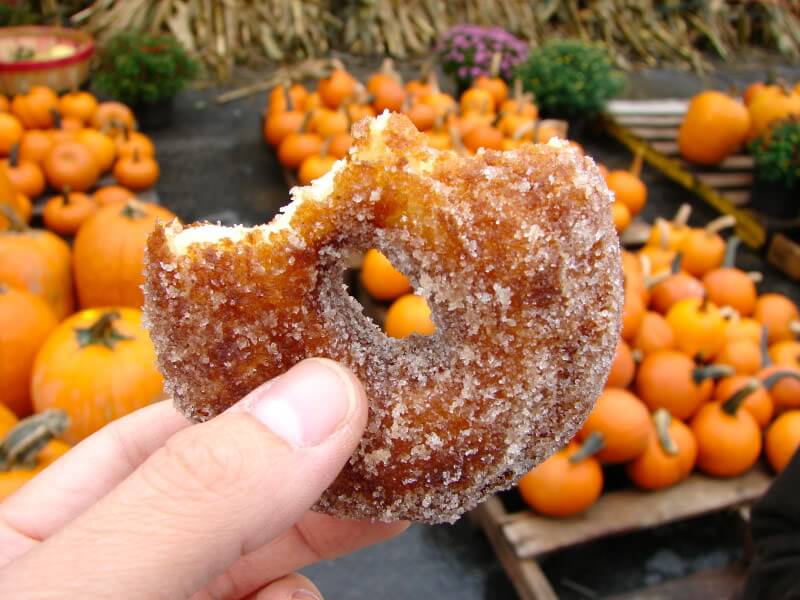 The donut robot lets you watch your donuts plop into the bucket of sizzley grease that just had a glob of crisco bigger than my head added to it. Then the slide up the belt (letting all the fat drip off, of course) and fall into a pile of sugary goodness. When they’re hot, the melt in your mouth. Like so quickly, that you have to eat a few to make sure you get a chance to chew. 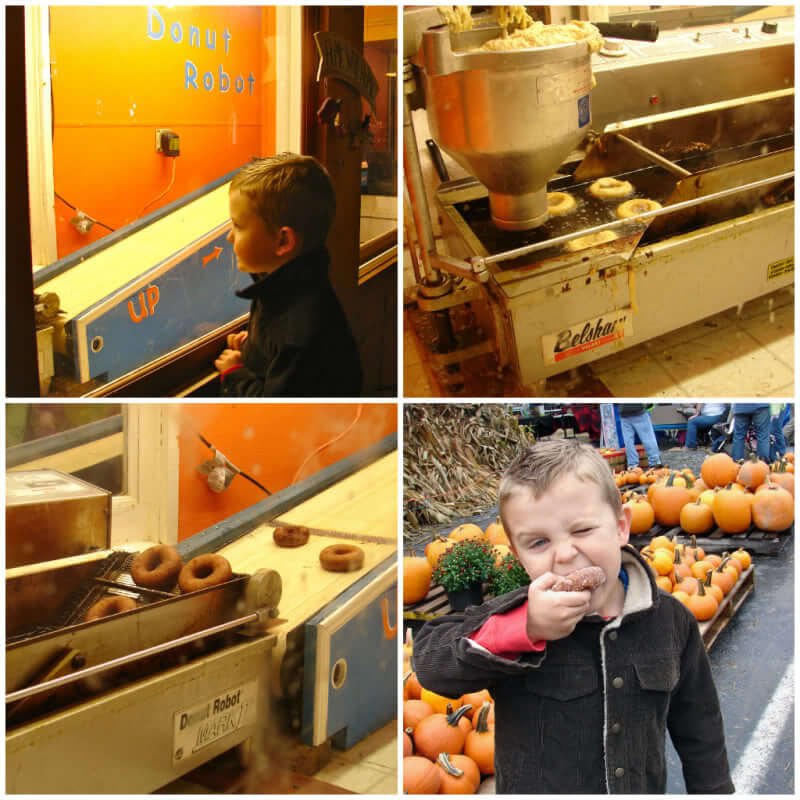 And once you’ve had your first taste, you’ll be a fan forever. 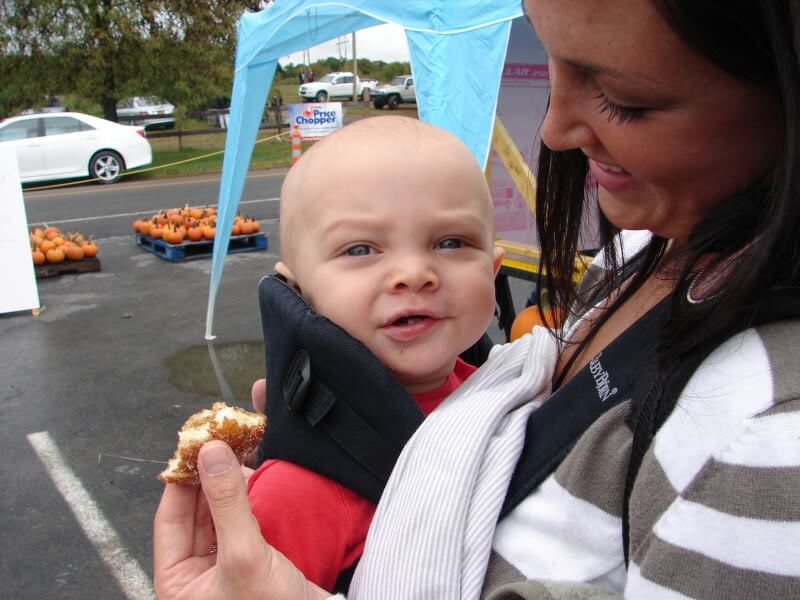