We are just getting to the point that our boys (Cooper especially) are wanting to play games. We’ve done some Spiderman Memory, a little Cootie Bug and even some made-up games. It’s always fun to spend some family time together and we’re at the age right now that it’s fun to “let them win”. What isn’t that fun, is the same games over and over. We only have so many board games, only have so much space for them and aren’t going to buy too many more. But, we needed some spice in the game department.

Ever seen Minute to Win It on GSN? I’ve always loved watching it and often thought about how much fun it would be to play. What I never thought about, was playing with my kids. After reviewing a list of the games they have, and will be playing on the show, I was surprised at how many I thought would be a blast with the boys. The majority of the games require household items. Ping pong balls, solo cups, soda bottles and tissue boxes can make for a stellar family game night! 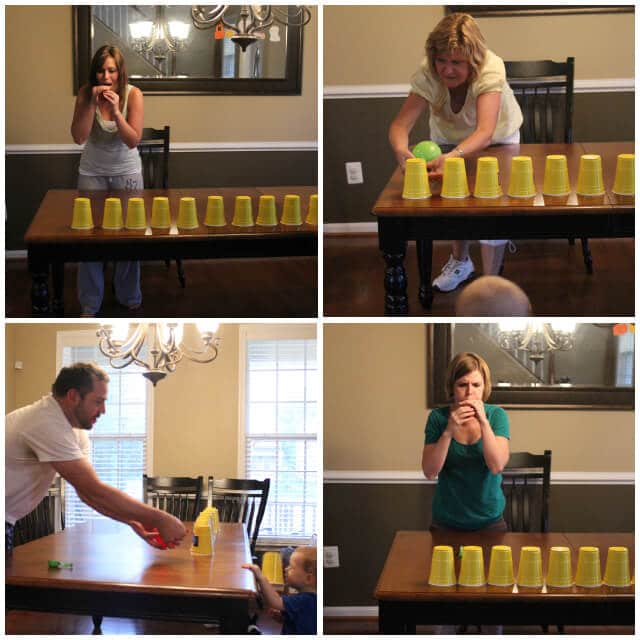 This game is called “This Blows”. 15 cups are placed near the edge of the table in a row. (You better measure the distance from the cups to the table, or the winner will be disputed. This is experience talking.) The contestant stands behind the table and with only the air they blow into a balloon, propel all the cups off the table. And remember, you only have a Minute to Win it! 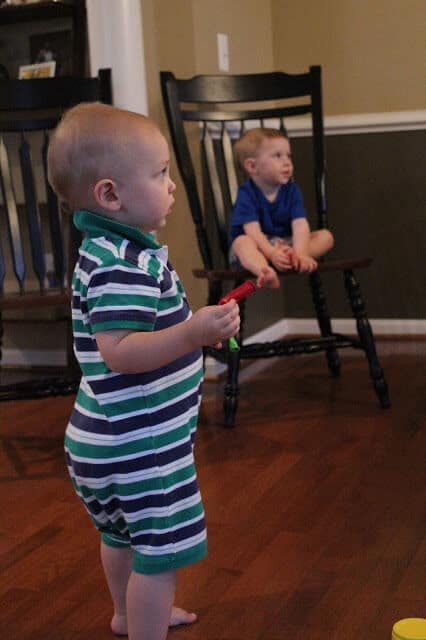 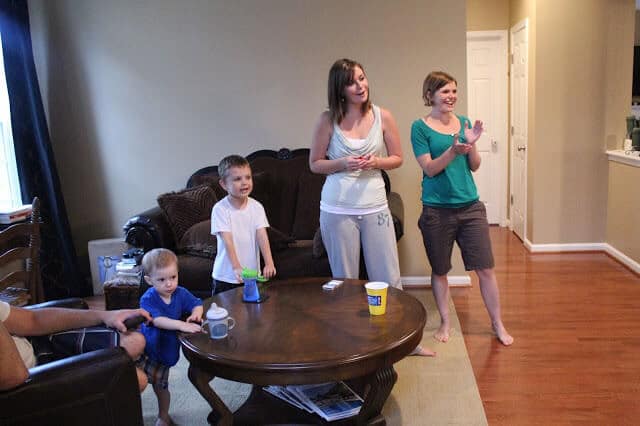 The hubs happened to be out of town when we played, but we played with his Mom, sister and her husband. And of course the babies thought it was a hilarious thing to watch! Some of the people didn’t win it when we played and some did the victory dance. 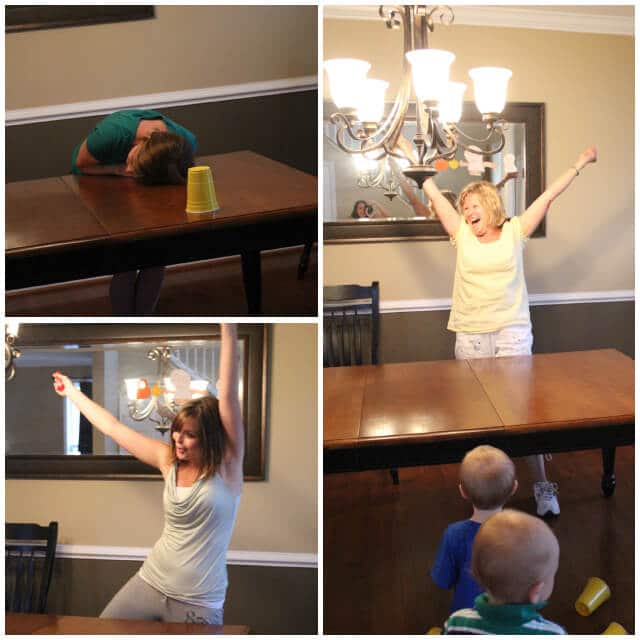 Cooper had the best time. We played together, so I didn’t get pictures of us, but we have played tons since then. He thinks it is the best game ever.

Need ideas for your next family game night? Stop. Watch. Minute to Win it! You will get tons of ideas from Minute to Win it with the new host Apolo Ohno. The all new season begins June 25th at 8/7c only on GSN. Find out more here and by following Minute to Win it on Facebook and Twitter!

What Minute to Win it game would your family like to play? Tell me in a comment and be automatically entered to win a $100 Visa gift card!

No duplicate comments.
You may receive (2) total entries by selecting from the following entry methods:
Leave a comment in response to the sweepstakes prompt on this post
Tweet (public message) about this promotion; including exactly the following unique term in your tweet message: “#SweepstakesEntry”; and leave the URL to that tweet in a comment on this post
Blog about this promotion, including a disclosure that you are receiving a sweepstakes entry in exchange for writing the blog post, and leave the URL to that post in a comment on this post
For those with no Twitter or blog, read the official rules to learn about an alternate form of entry.
This giveaway is open to US Residents age 18 or older. Winner  will be selected via random draw, and will be notified by e-mail. You have 72 hours to get back to me, otherwise a new winner will be selected.

« Neon and Floral {A Fashion Post}
What I wore: Cruise Edition »