2 weekends ago, we got hubs childhood pool table from his parents basement in NY. It is about 30 years old and needed some TLC, but is a 1000lb slate table that is still in great condition. So, we decided to recover it.
Since I’m cheap frugal and the hubs may be even more than I am, we discussed doing it ourselves. I pretty much believe that if there is a YouTube how-to video, I can do it. It usually takes a bit of pep talking to the hubs, but he usually goes with it.
I forgot to take a before pic, but this is after the hubs and his friend stapled the new felt over the top. With some serious coaching from me as I watch my how-to videos. 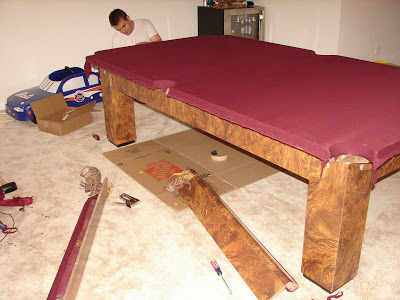 It took us a few days to muster up the courage to do the rails, but alas, I found a great YouTube video and off we went. 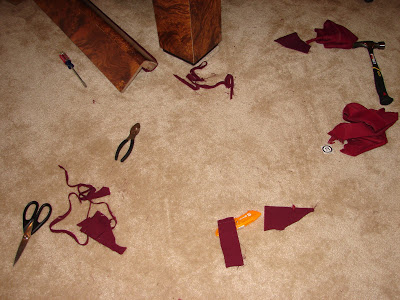 First, you have to take out the feather strip very carefully. 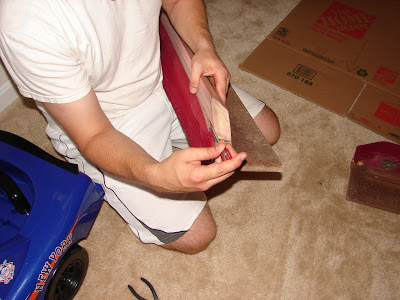 Then you replace the felt with the new stuff, hammer in the feather strip and razor off the remaining felt.
In my mind, I was just like Pamela Anderson on Tool Time…Then I went to the bathroom and saw my hot mess self, braless and wearing the hubs boxers and that was the end of that. Oh, and the reason you can only see my hands in this pic. 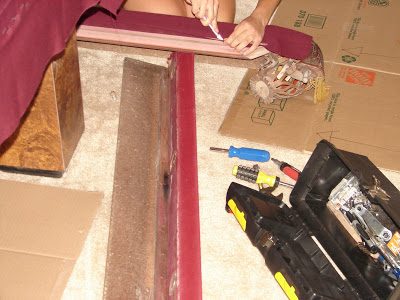 Once the rails are recovered, you bolt them back in. 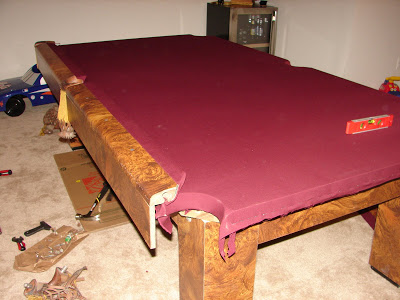 And ta-freakin-da!! You have a “new” pool table! 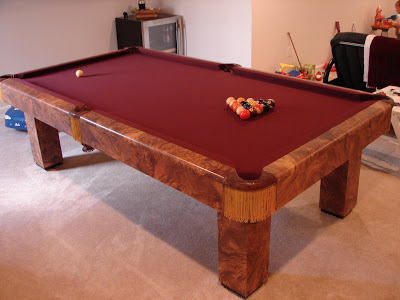