28 years ago, in Lagos, Nigeria there was a 9 year old boy. One who was living in such a state of poverty that he didn’t own shoes. One day, an American came to the camp he was attending and held a basketball competition. What was the prize? It was a pair of tennis shoes.

The boy won the competition and that seemingly small thing went on to completely change his life. Not only did he have a pair of tennis shoes, but he developed a love and talent for basketball. He competed in sports in Africa and was so talented that he went on to get a full basketball scholarship to several schools in The United States. Since he knew nothing of the US, he picked his school based solely on the look of the pamphlet. He ended up, an African, used to the blazing heat, in North Dakota. But there, he succeeded in college and met his now wife. He went from there to be an executive at a technology company.

All of this was a snowball effect from a pair of shoes.

His success couldn’t take away the thoughts of other African children, living in poverty, war and crime. He left his executive job and started a charity to do just what that American stranger had done for him when he was just 9 years old.

His charity has put 10 million pairs of shoes on the feet of 10 million orphans and impoverished children in America and around the world. The number is hard for me to fathom. I’m a shoe lover that has always thought of shoes as a simple fashion statement. To people all over the world, they are a luxury and can also be a complete life changer.

This man lives in Charlotte, where we are now living. After hearing his story, I was so moved by the impact he is making. It’s not only on the people who he is providing shoes for, but also the people like me who hear the story and are inspired to do good and who need a reminder to never take our blessed lives for granted.

I’m honored to be able to attend a fundraiser event for his charity next month and to see first-hand the people who have had their lives changed, all because someone decided to give a little of their blessings on to others.

The Best Part is an online community that’s dedicated to brightening your day—every day. How? It’s by spreading optimism, one share at a time. The Best Part posts inspirational stories, encouraging quotes, good news and other upbeat items on Facebook, Twitter and Instagram—and encourages fans and followers to share that optimism with their friends. Because when optimism is shared, it grows, making an even more positive impact on our world. Check out what others are sharing on Facebook, Twitter and Instagram. 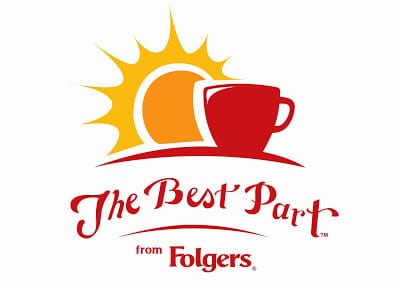