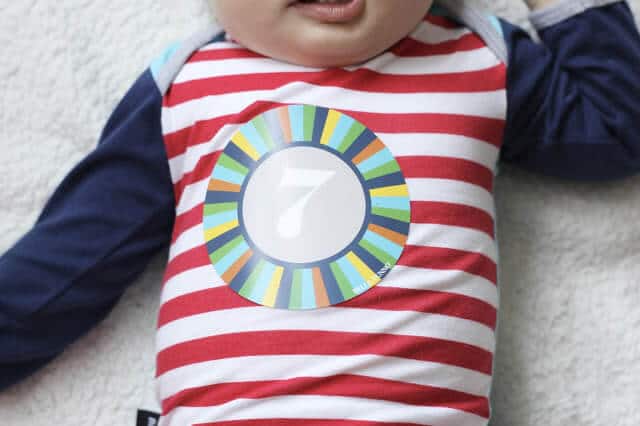 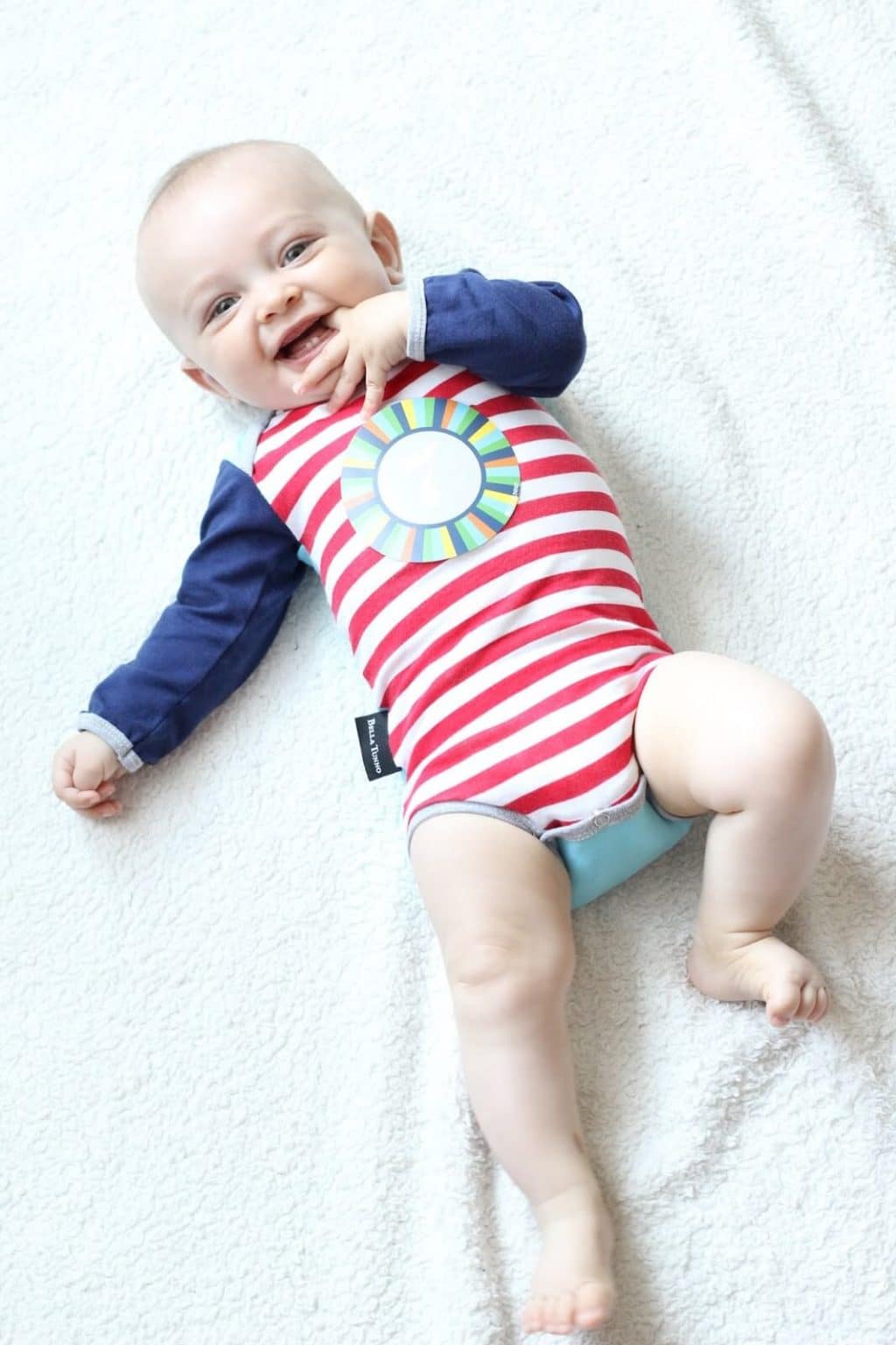 This is how he really felt about getting his pictures taken. Haha. He was really interested in peeling his sticker off his onesie, too! 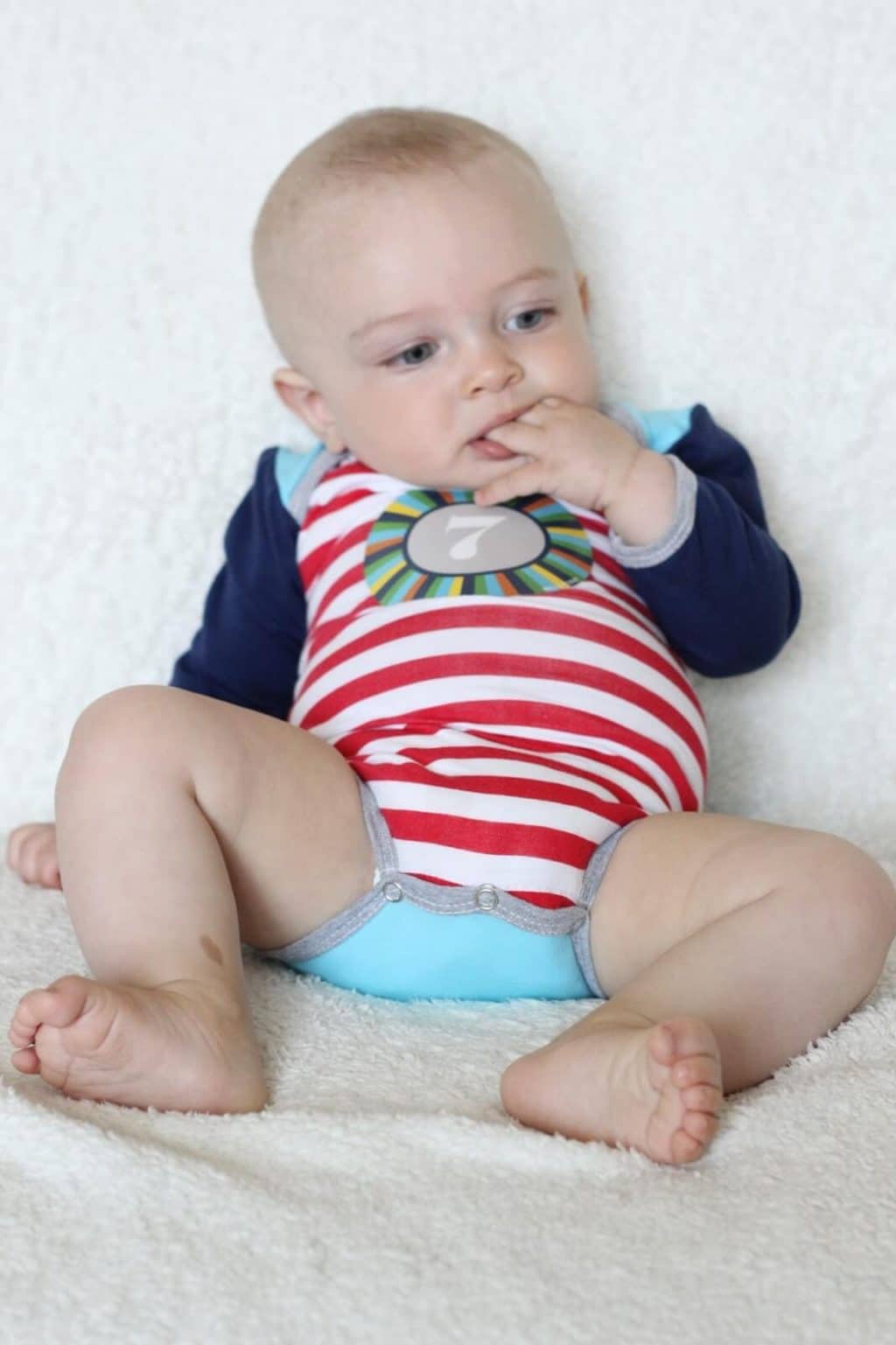 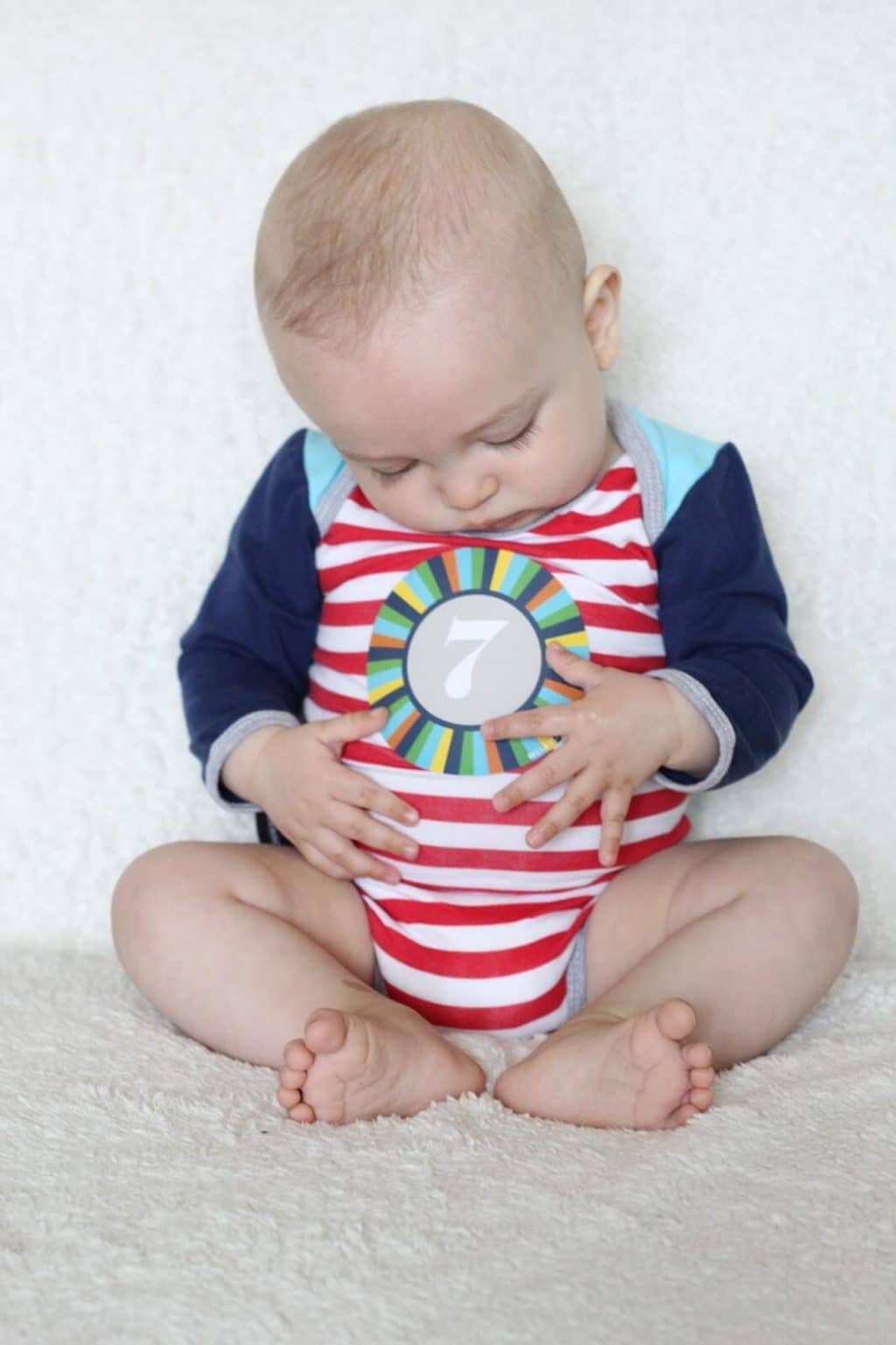 
Weight: We haven’t been to the doctor in a while, but according to my scale, he’s 19.5lbs! He’s grown some good rolls and belly in the past month!


Eating: Nursing now about every 4 hours, except more often at night. Gah! He started eating yogurt and I think that’s his new favorite. He eats 3 meals a day, but would probably eat more if I let him.


Likes: He’s loving the outside time and it’s a good thing because we spend 4-5 days a week at the ballpark! He loves his brothers playing with him, Mickey Mouse and eating!


Dislikes: He still doesn’t love the car or being alone. He also hates broccoli and doesn’t seem to be an avocado fan.


New this month: He’s sitting completely on his own, which has given us both some good freedom. His 2 upper teeth about to pop through and they seem to be bothering him more than the bottom. He’s started sleeping more in his crib both for naps and nighttime. We’re slowly but surely making the transition.


I’ve started packing up a lot of baby things, like the swings and swaddles. It’s so sad! I think I’ll post about my favorite newborn things soon. I had so many new faves this time around!