Much has happened over the past few days. I made the decision to leave the beach a day early and head on up to Charlotte instead of going to my parents. I was tired. We were all cranky and I had an overwhelming desire for a feeling of settledness. Living out of a suitcase and bopping from place to place is a lot harder than I thought it was going to be.


We met the hubs here at our new apartment and I unpacked faster than I ever have before. 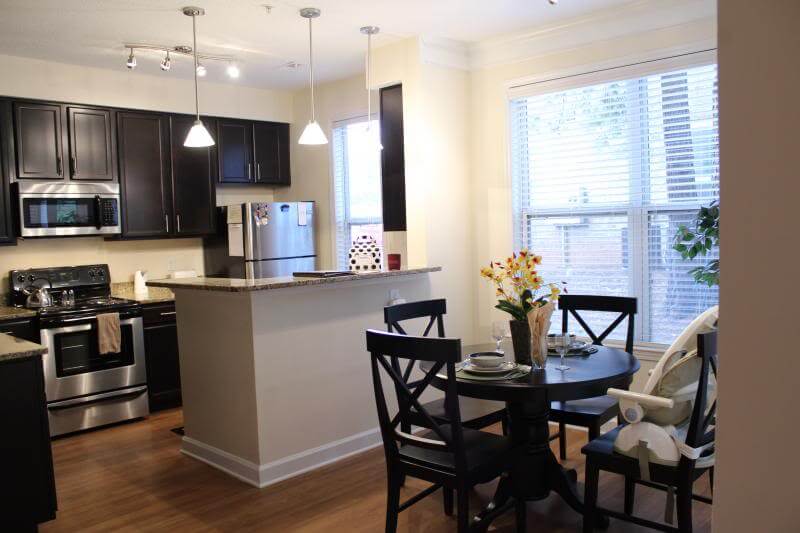 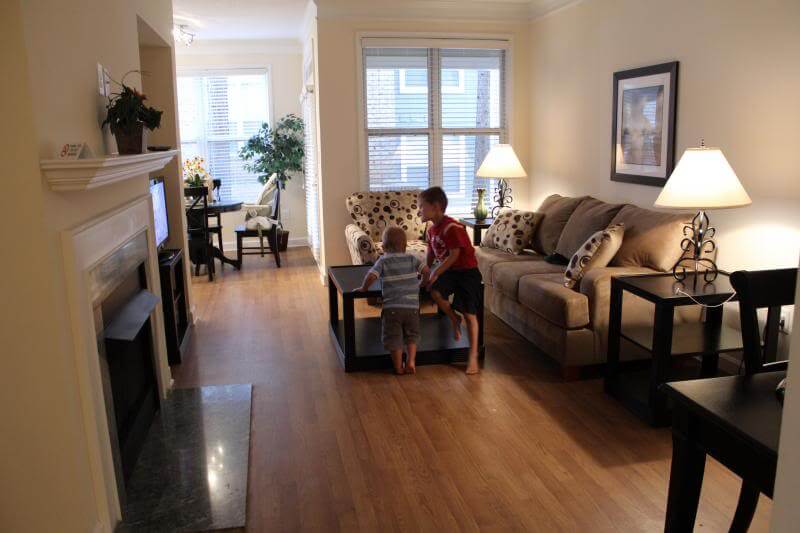 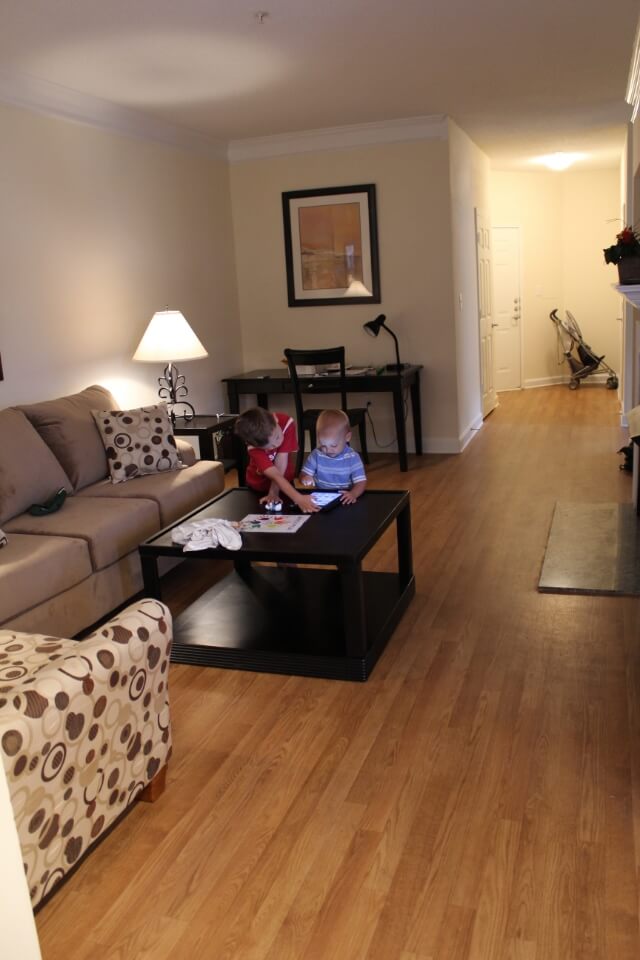 Everyone has their own room, and while it’s all rented furniture, it will do. We were really blessed with this place. It was the only 3 bedroom, furnished apartment available and it really is better than I expected. 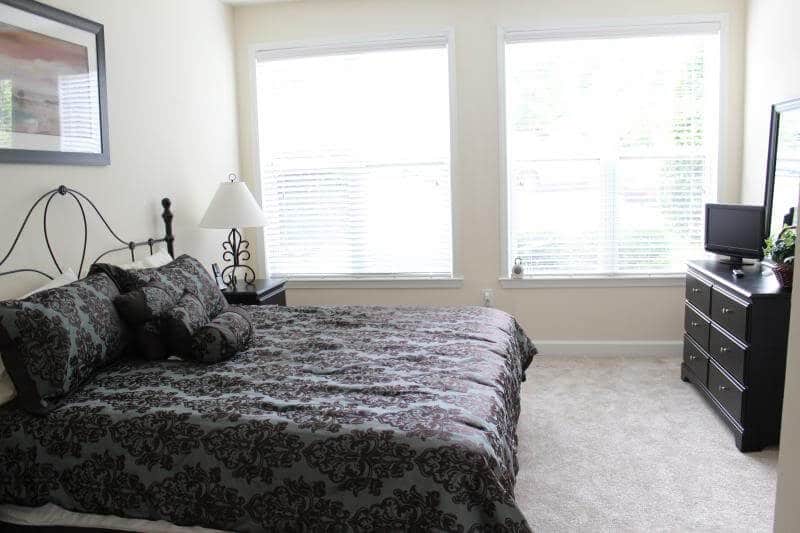 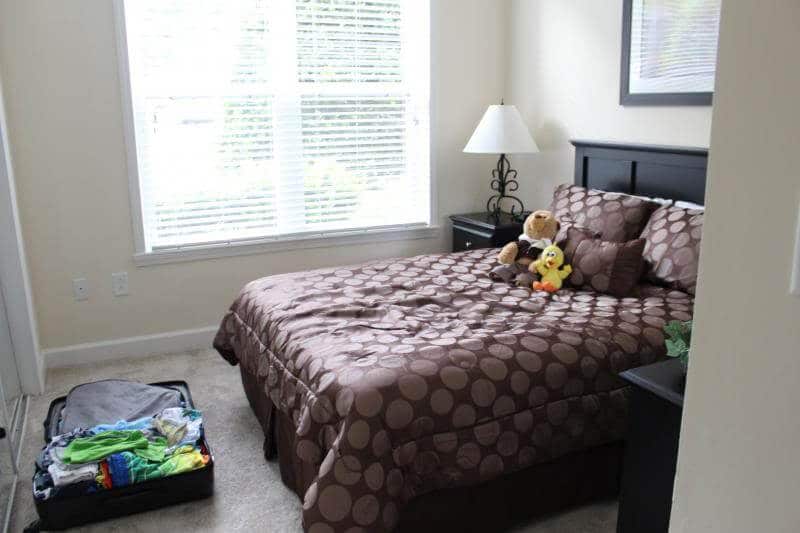 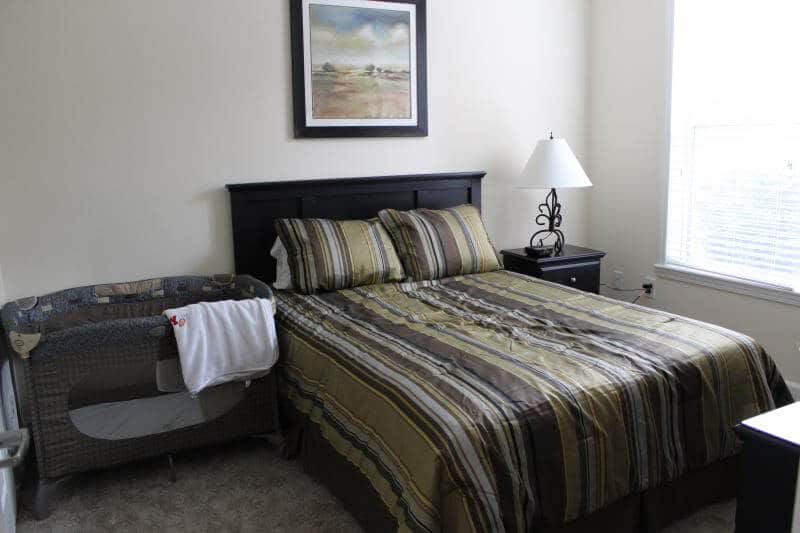 We settled in Sunday and Monday, Callan woke up with a fever and general crankiness. I thought it was just teething, since I’m expecting his 2 year molars any day now. Yesterday afternoon, I found out that my sister’s son, who was with us at the beach, was in the hospital and had been diagnosed with spinal meningitis. As I teared up with concern for him, it suddenly hit me that Callan’s fever could be the same thing. Although his symptoms weren’t severe, neither were my nephews. My Doctor in Virginia told me that I needed to take Callan to the ER, so at 9:30 last night, off we went.


He just laid there quietly while he had blood drawn and an IV lock set, which totally freaked me out. This kid screams when you look at him wrong. 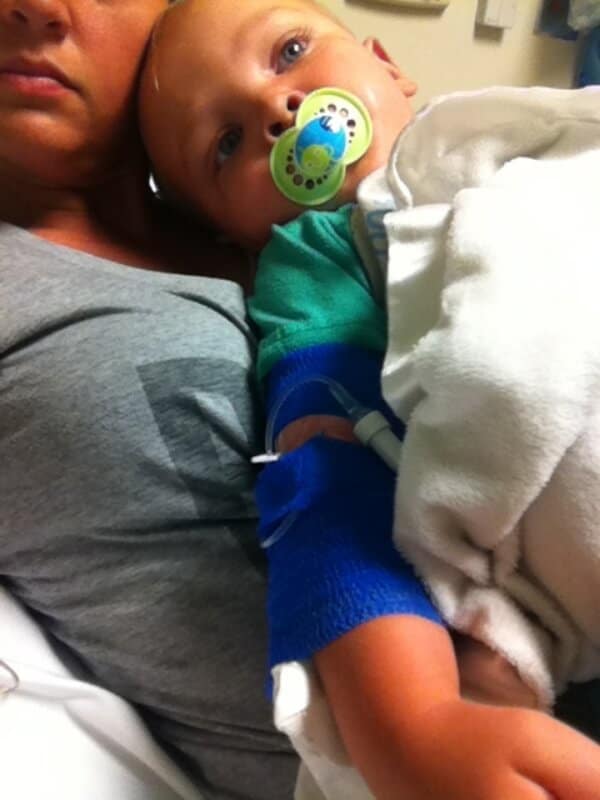 3 hours later, the Doctor told me his white blood count was borderline, but he didn’t want to do a lumbar puncture if he didn’t have to. After talking to my nephews Doctor in Ohio, they determined that the meningitis is a viral strain. It is contagious, but it’s the symptoms that are the most dangerous. I had it at 6 months old and it was my 105 degree temperature that was life threatening, not the virus itself. Since Callan is a good bit older than my nephew, his body is fighting it better. We are home and are taking it easy over the next few days. My nephew is still in the hospital and we would all really appreciate your prayers!


Here’s to hoping that 2 ER visits in the last 9 months is enough for my little guy. I know he likes to live on the wild side, but Momma’s heart can only take so much!