before and there’s no hiding that I’m a big fan. I love the simplicity of having a meal plan, the less time spent at the store and the money savings.


We recently started Clean Eating, so I was very excited to see they now offers a Clean Eating Plan. The meals are great. Now, I’ll be the first to admit we don’t eat every single meal. I have the pickiest hubs in the world and there are some meals he just won’t eat. I just fill in the menu with some of our family classics, or repeat past eMeals recipes that we love. Like this Sautéed Shrimp with Spinach and Linguine. 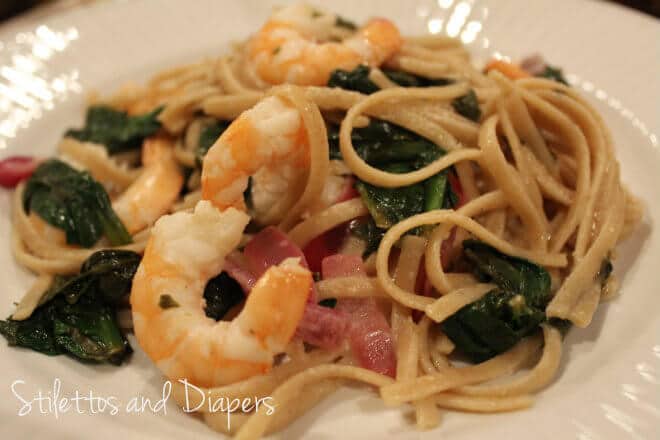 The recipe is simple, easy and clean. 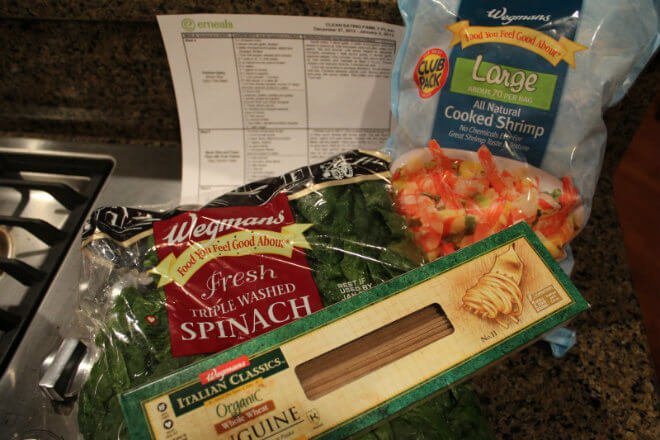 
I’m not one to really follow a recipe either…I end up swapping and adding. I use linguine instead of spaghetti because the hubs doesn’t like spaghetti. Yes, I know. They are the SAME THING. But not to him. I add in half of a purple onion for some more flavor and use frozen shrimp. It’s just easier to me than the fresh stuff. So I’ll give you instructions my way:


Cook pasta according to directions. While cooking, heat butter and olive oil in a skillet. Add red pepper and white wine. Add onion and cook 5 minutes or until translucent. Add (fully cooked, frozen) shrimp that has been thawed, spinach and lemon juice. Cook just until shrimp is heated through and spinach is wilted. Toss in pasta and serve.


This was the second eMeals

meal I made for the second time this week. That’s a really good sign over here!

eMeals offers a variety of meal plans, including Classic, Simple Gourmet, Low Fat, Gluten Free, Paleo and more. Depending on how long you sign up for, the cost is between $5-$7 a month. Right now, you can save 15% with code “NEWYEAR” until February 10th! And don’t worry. If you aren’t crazy about the meals in your plan, you can change plans at anytime.