Santa was so kind to bring us a basketball goal for Christmas. There was a lot of research and even more of the hubs trying to convince me of how big a goal our driveway could really handle. After a few months, HOA approval and an installer scheduling around the snow we had, we finally have in up and functional! 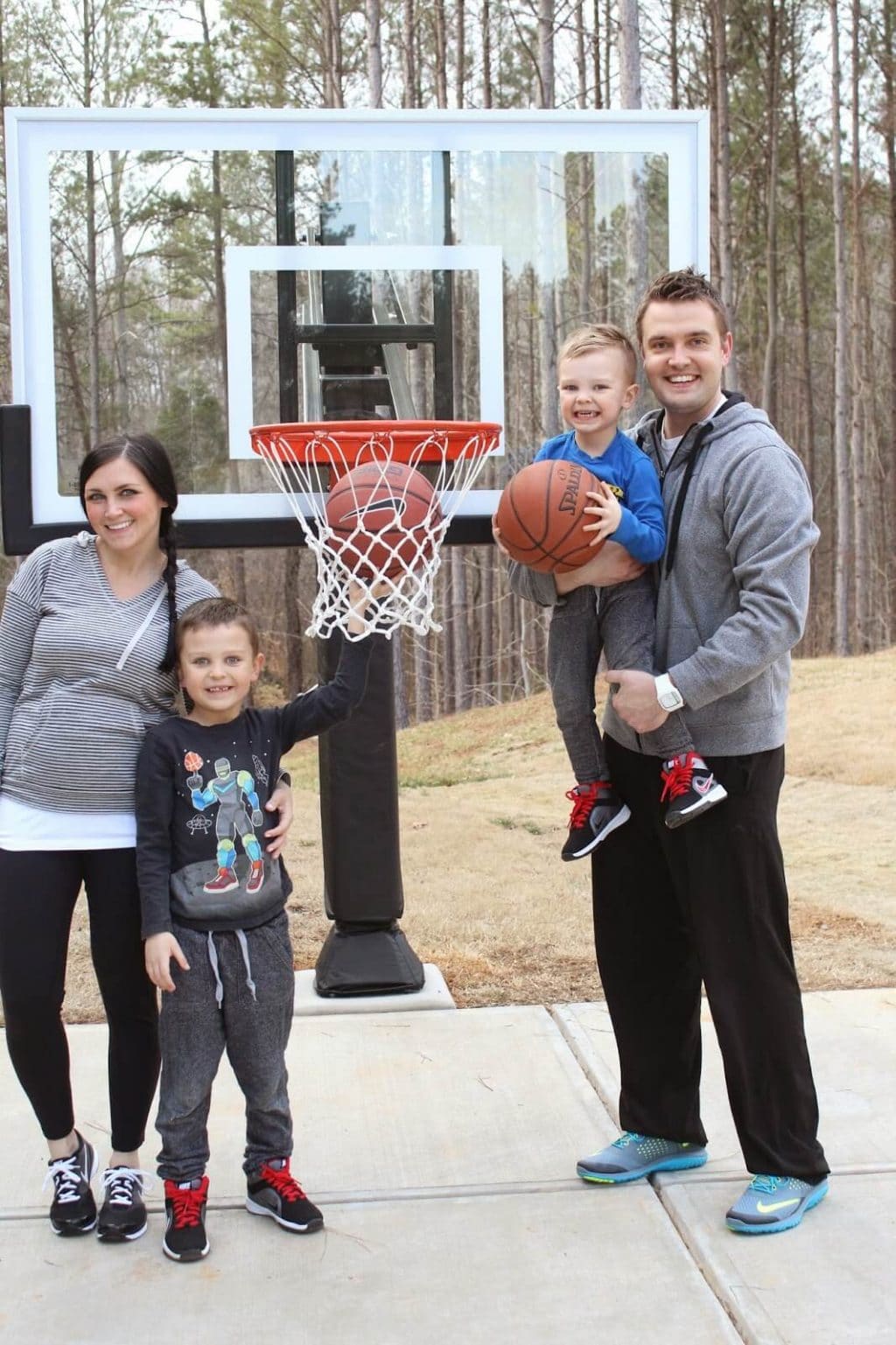 I must admit, I’m pretty impressed with the thing. It has a crank on the back so you can easily make it as low as 5ft and as high as 10ft, which is really nice for the kids!


We’ve already spent so many hours outside, as a family, playing basketball. They boys are asking to stay out and play as soon as we get home from school, instead of asking for video games. It’s great for the hubs and I to get out and move, too! I’m thinking the investment Santa made was a really good one. 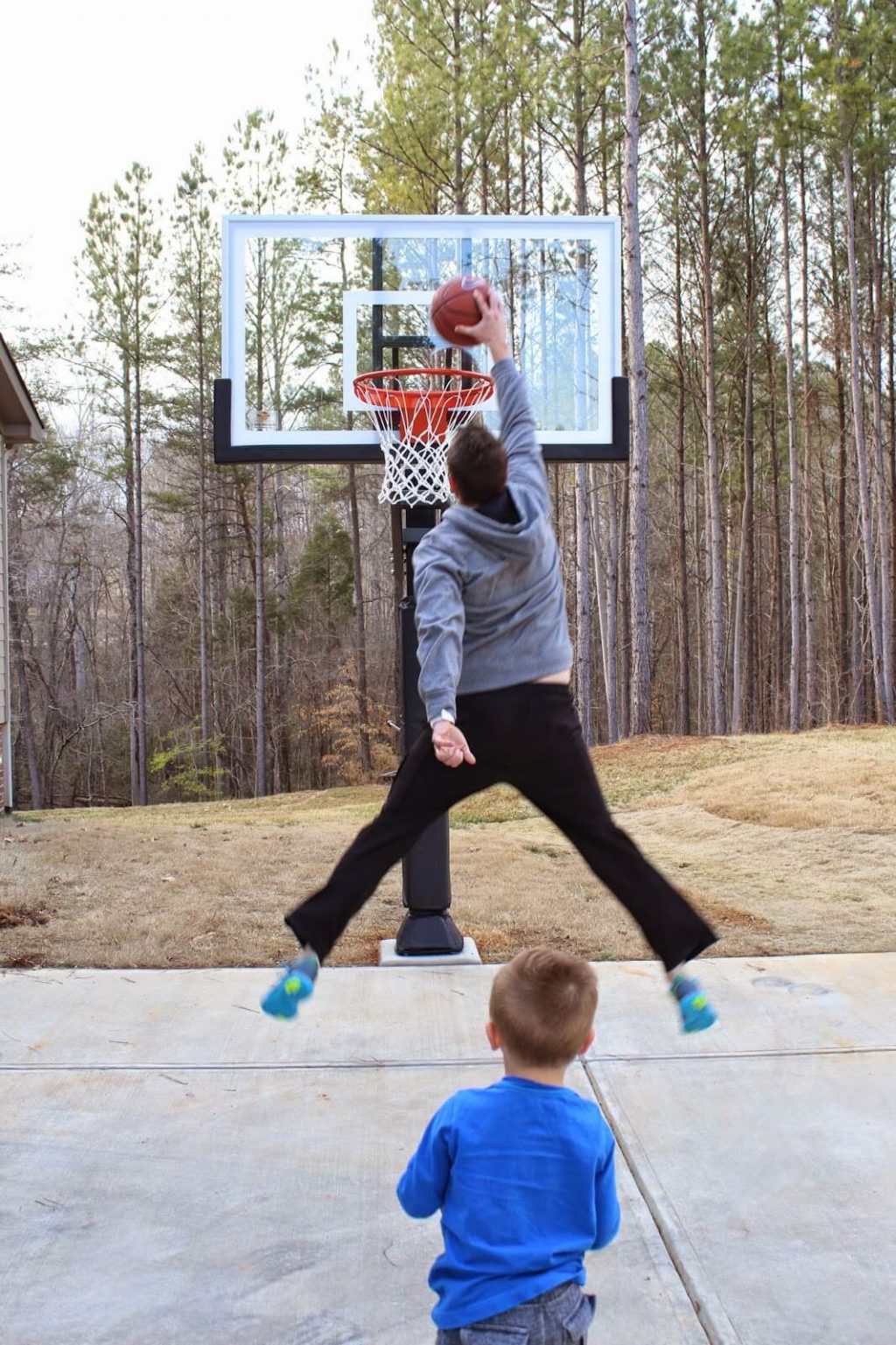 But of course, if we’re going to be playing basketball, we needed some appropriate footwear, right? How cute are the boys in these matching shoes from Rack Room Shoes? 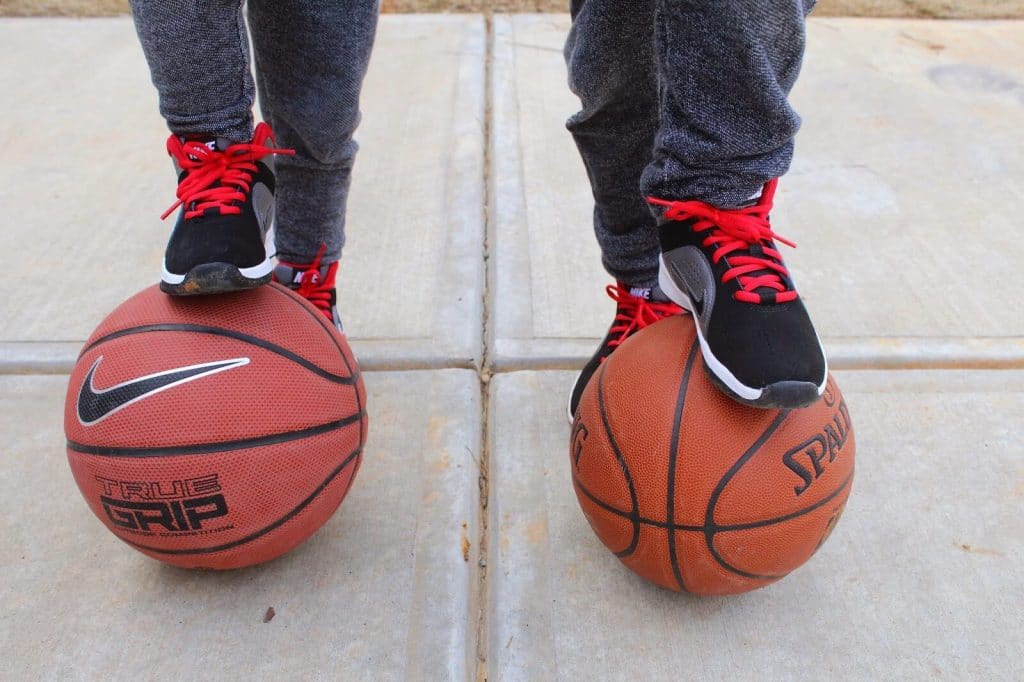 These are the Nike Team Hustle 6 D and they are way cool. 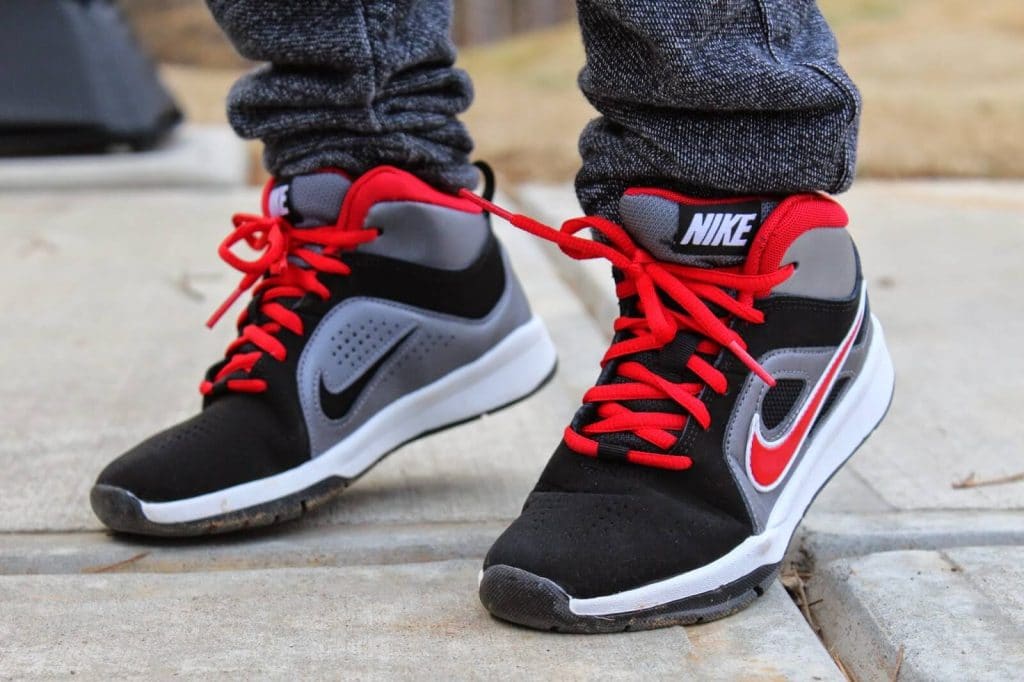 But I’m not the only one who thinks they’re cool. The boys are loving them and Callan calls them his “cool” shoes. 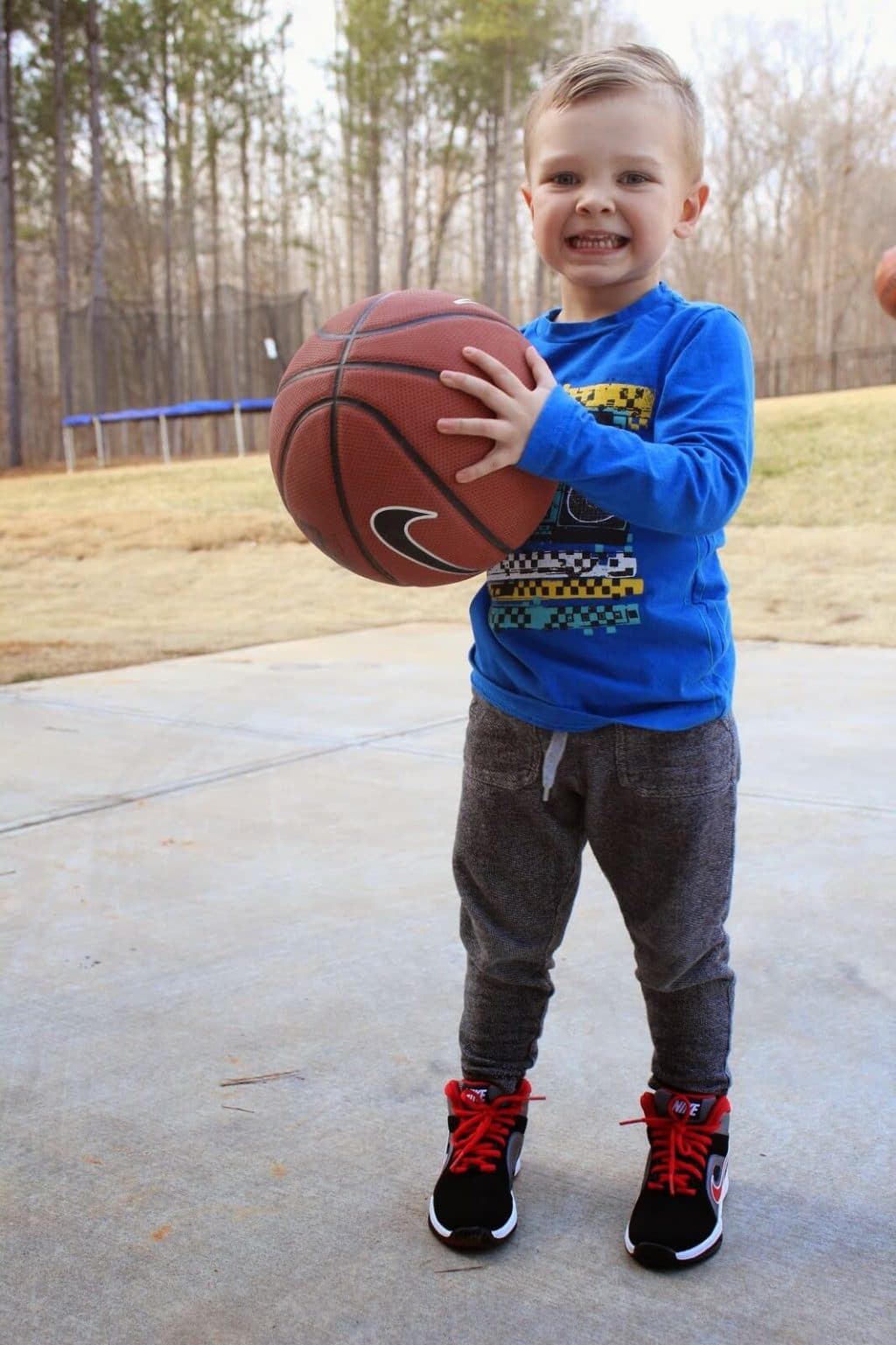 We’ve been leaving our goal up on the 8ft height, so Cooper can practice on the same height he uses in games. That height is way too high for Callan, but he sure loves to be lifted up for a dunk. 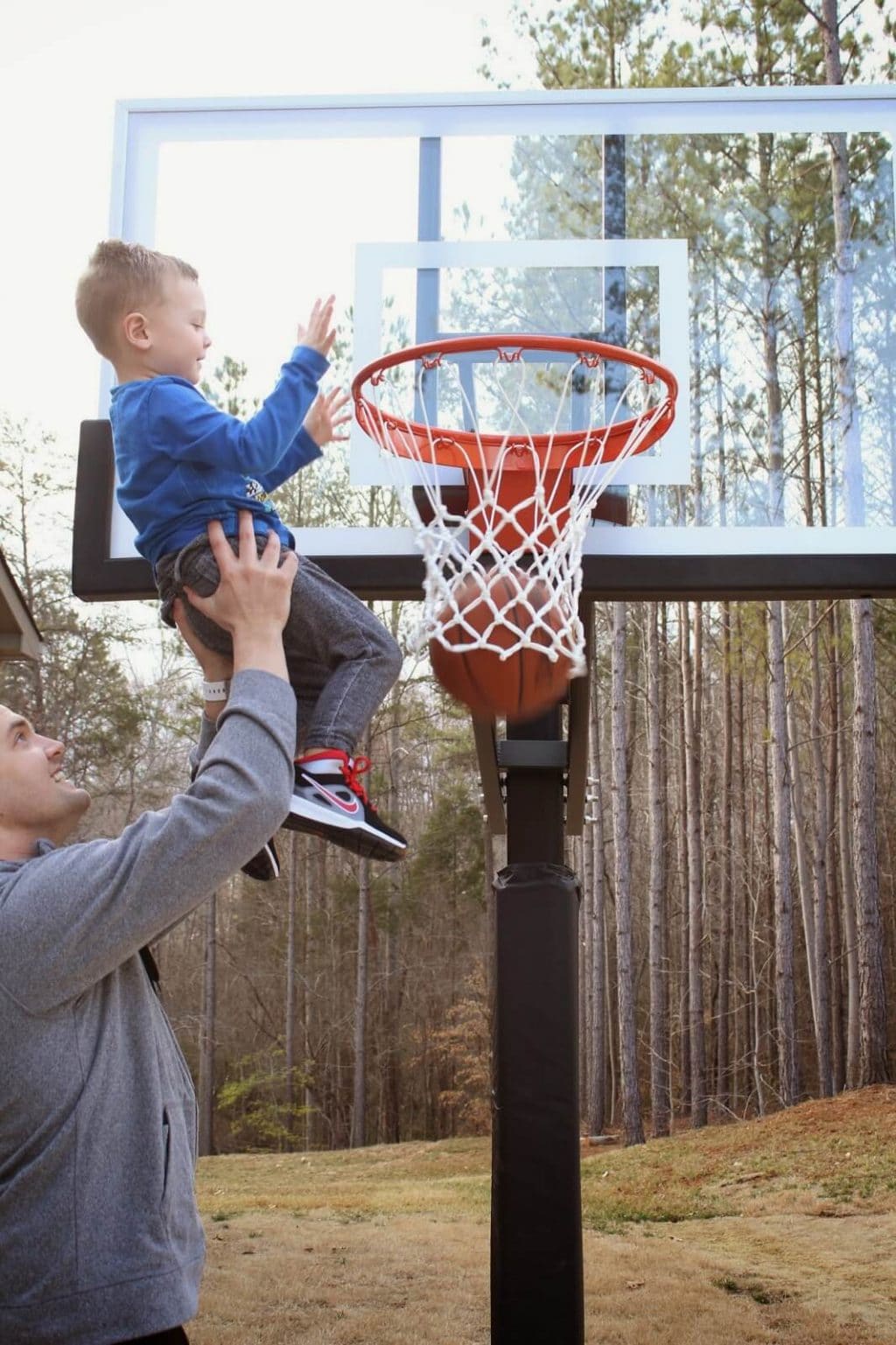 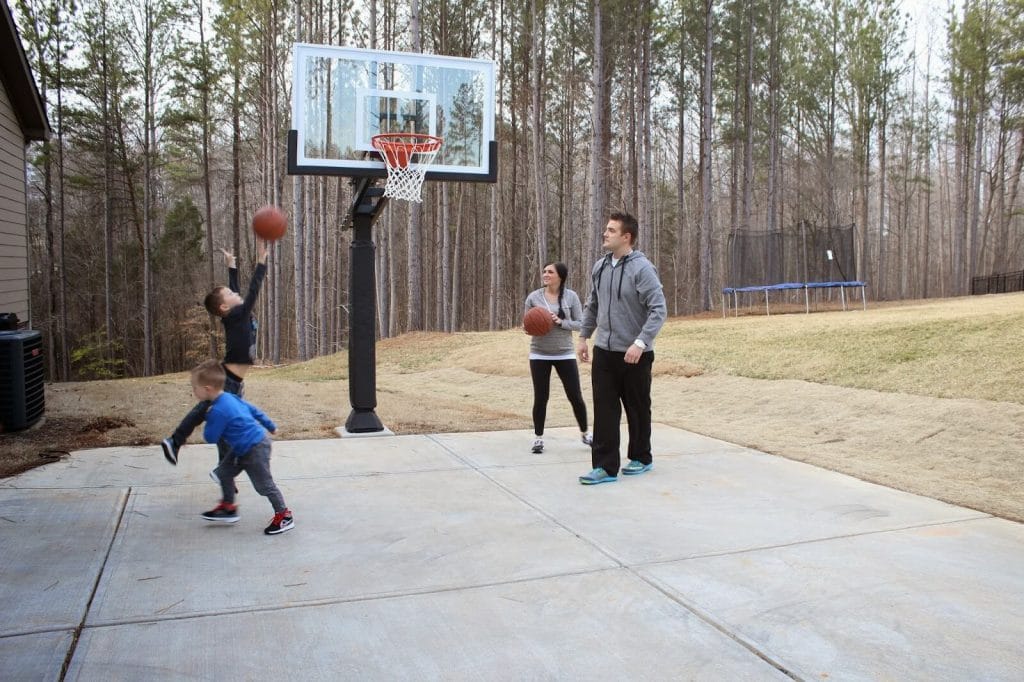 It’s amazing to see how much Cooper’s skills have improved since he’s been having so much practice, too. The hubs played a lot of basketball when he was younger and has high hopes for his tall boys. 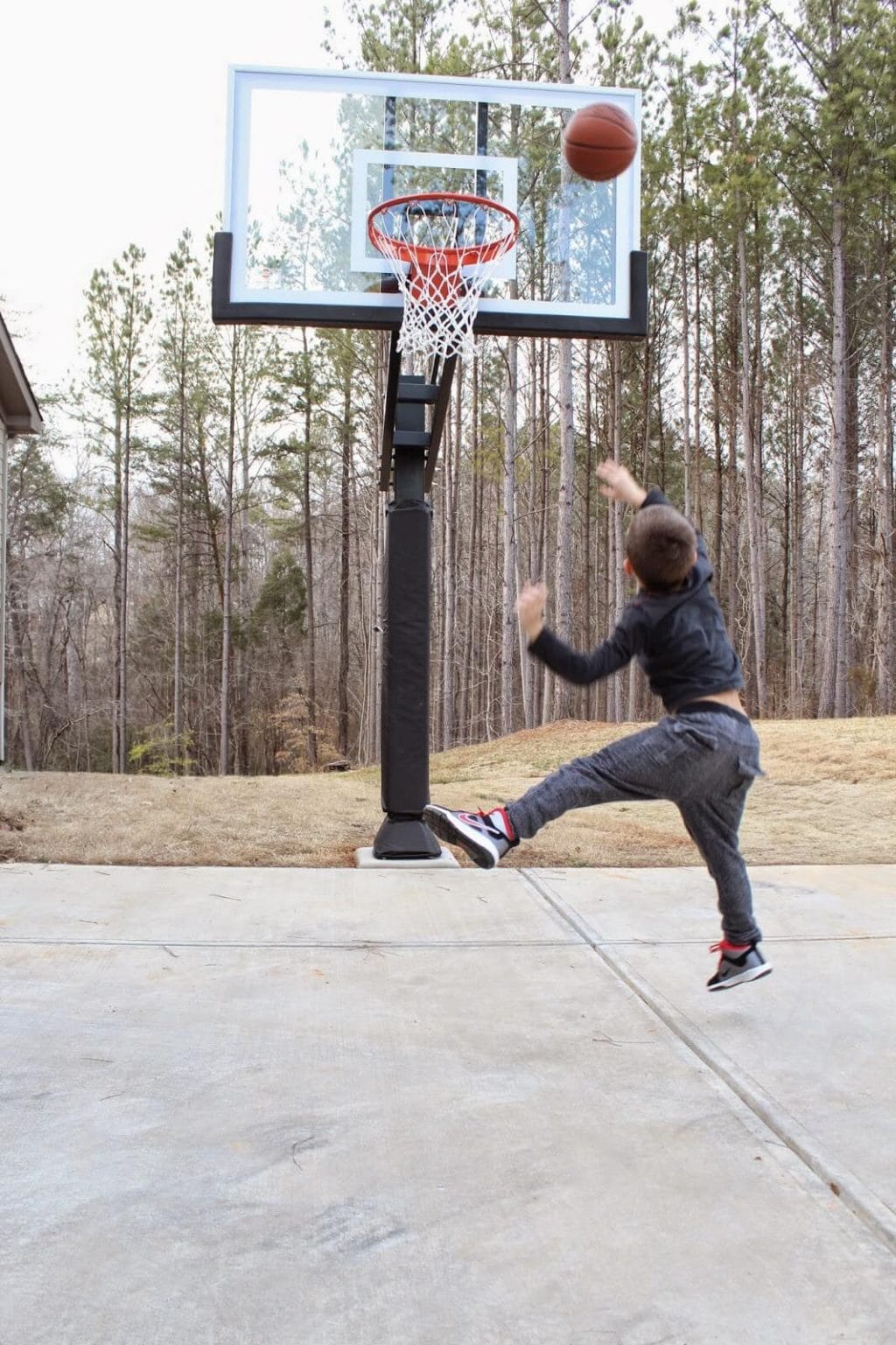 I’m not completely awful, either! I’ve literally never played basketball before, but the hubs gave me some pointers. One thing I learned, is that I probably won’t be doing many more jump shots. Third pregnancy round ligaments prefer you shoot from a stationary spot on the ground, fyi. 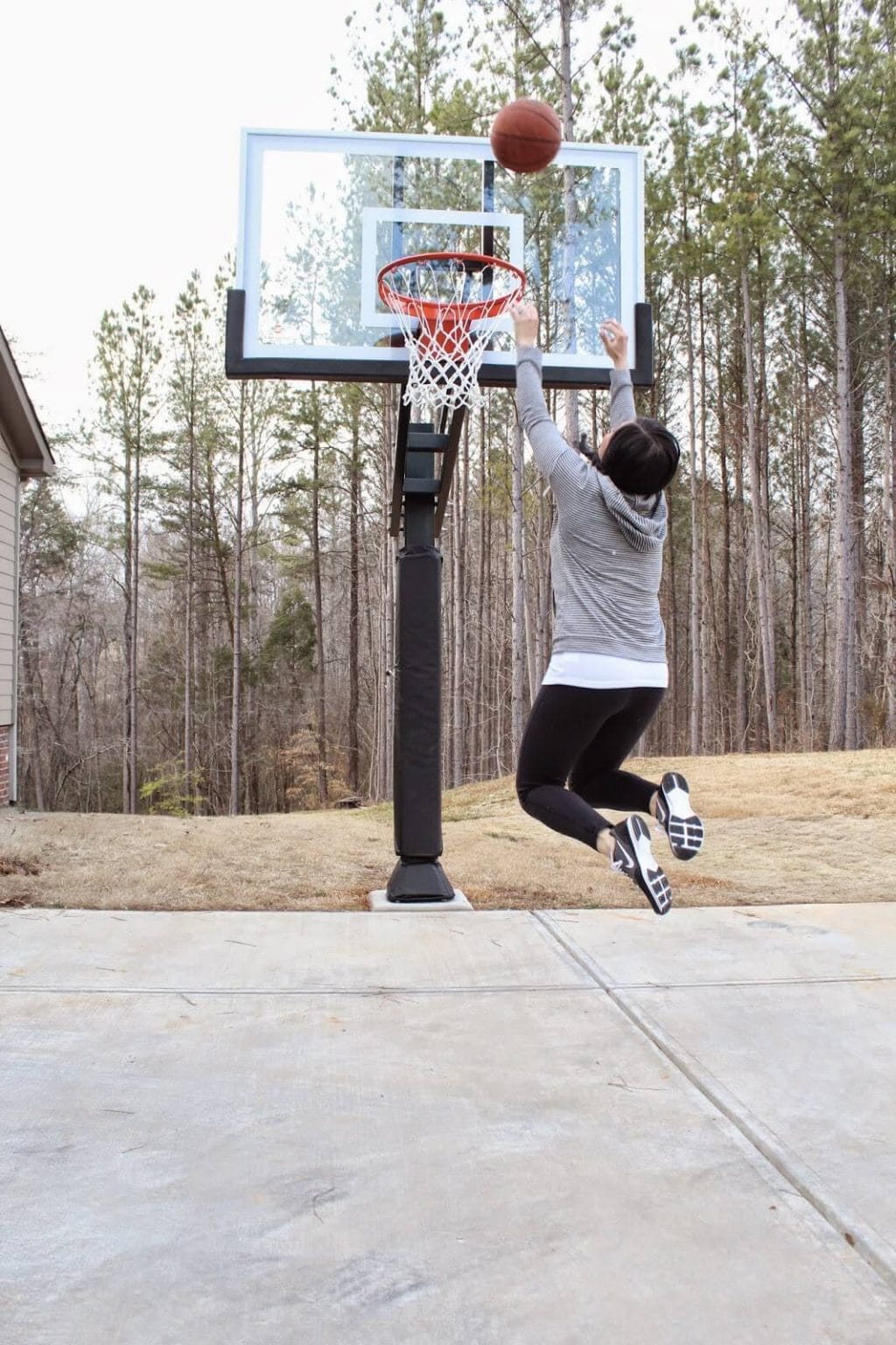 Good thing my pick in new shoes is ready to go from the court to the runway. These are stylish shoes! I got the Nike In Season TR 4 and am a big fan of them already. I have seen a lot of people wearing black running shoes with skinnies and a casual top and I love that look! 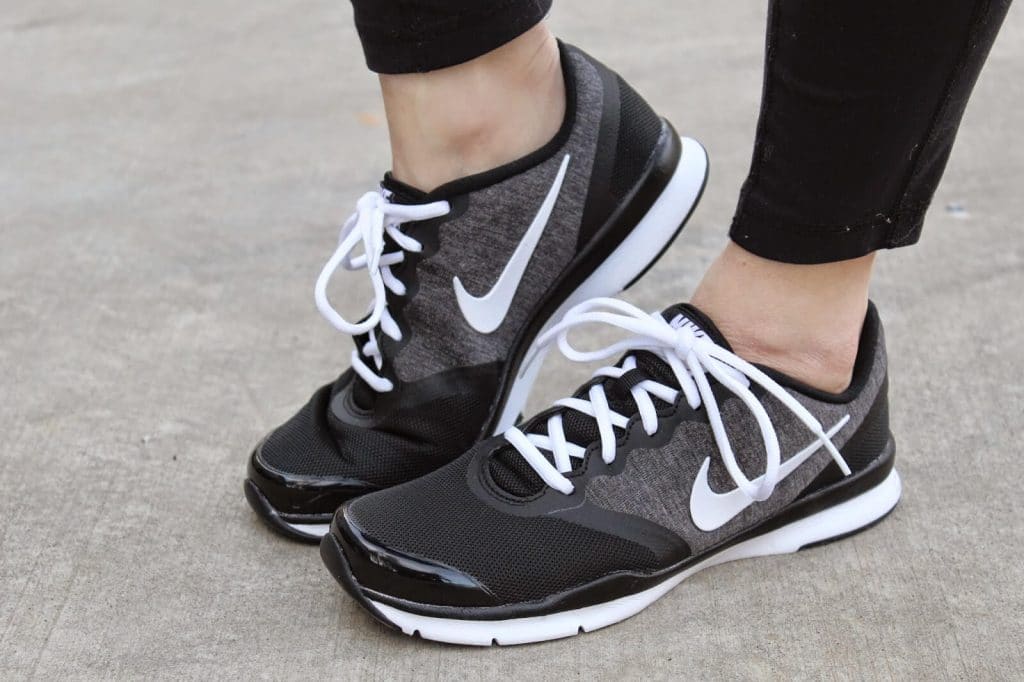 The hubs went for a little brighter shoe. His fashion sense may be more adventurous than mine! His are the Nike FS Lite Run 2. Can you tell we are a Nike loving family? 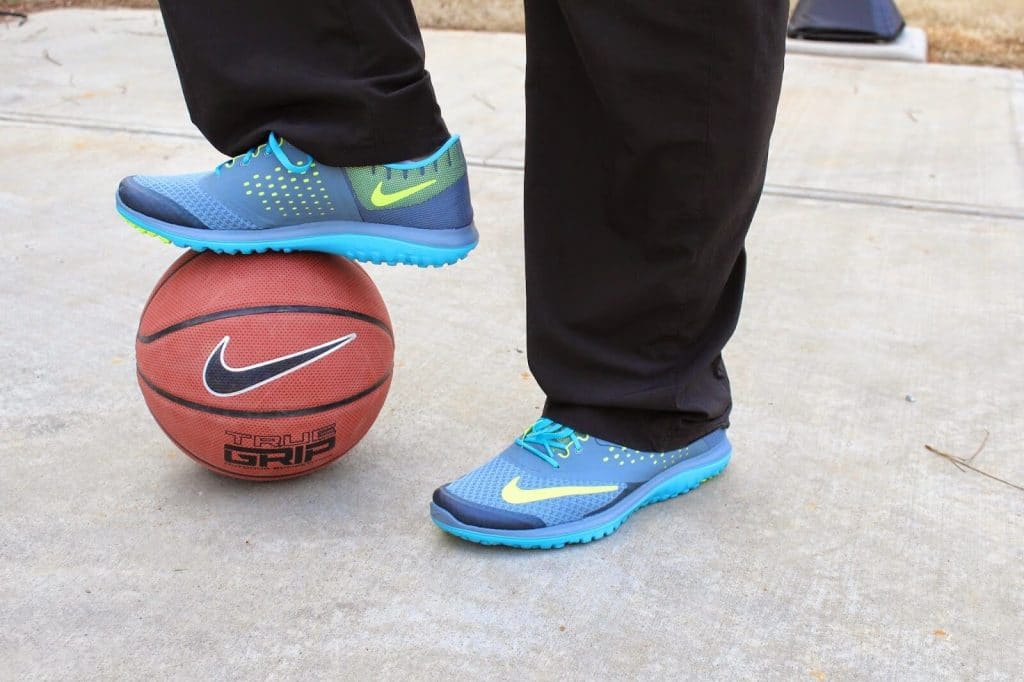 One nice thing about getting shoes from Rack Room Shoes, is that they are known for their everyday “Buy One Get One 50% Off” promotion on all styles. That saves a family of 4 a TON. And since the boys need bigger sizes quite often these days, savings are what it’s all about! I don’t have to go to a million places when it’s time for a spring shoe refresh, either, because everyone finds what they like.

I’ve heard a family that plays together, stays together, but I think if said family is wearing sweet shoes, your chances may be even greater. 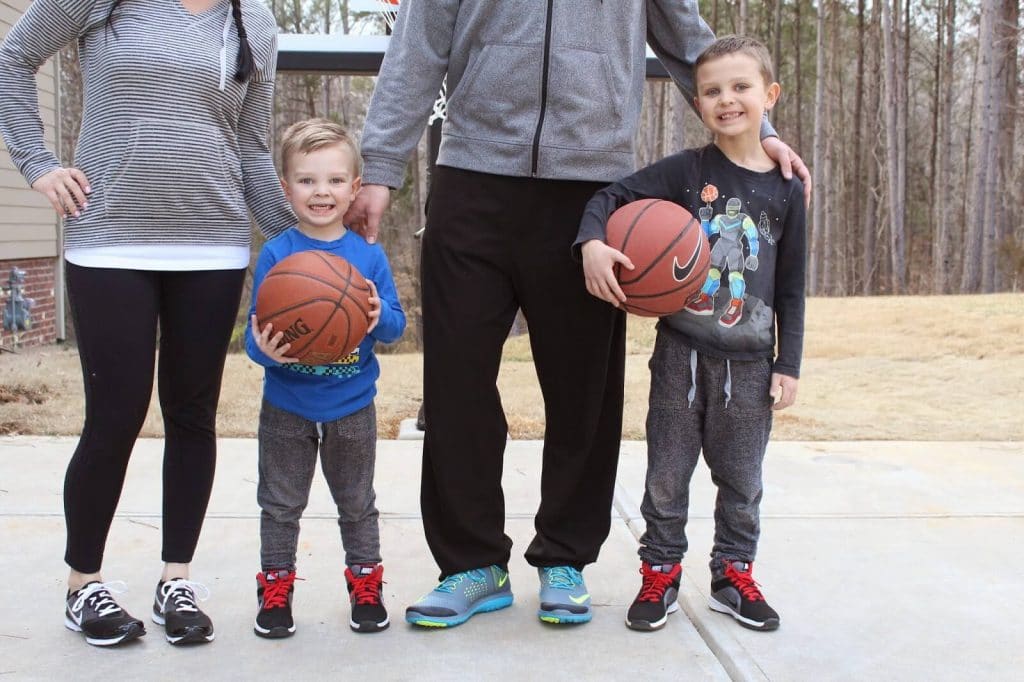 This post is sponsored by Rack Room Shoes.
I received product in exchange for this post. All opinions are my own.
« Recipe: Rice Krispies Treats Truffles
Fashion // Rainy Day Wear »