The Snowquester may have missed the actual District of Columbia, but just west where I live, we got pummeled. Well, pummeled in a Virginia sense anyway. It was several inches of wet, heavy snow. Enough to close schools for 2 days. I mean, really. Who decides these things?


I snagged a couple tubes on clearance at Target, where the aisles had already been converted to pool toys and life jackets and we went out for some fun in the snow. This is what I wore. 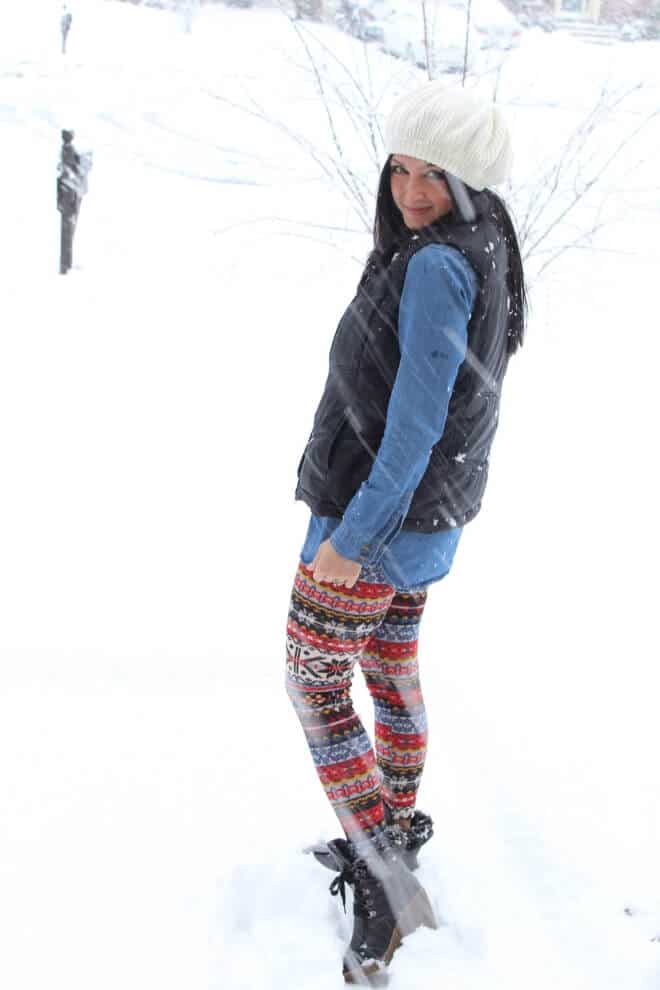 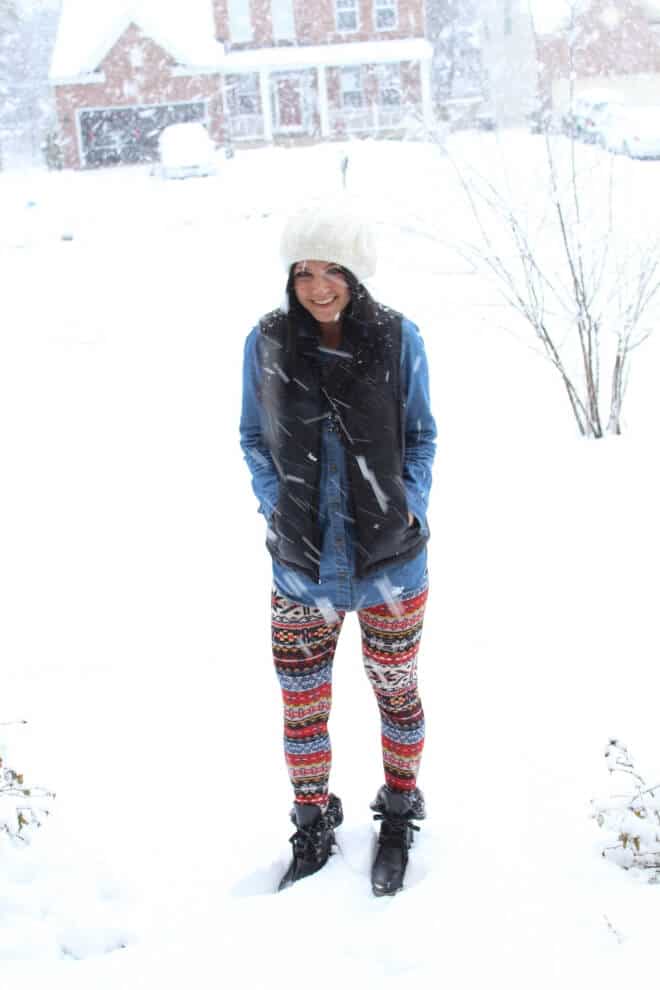 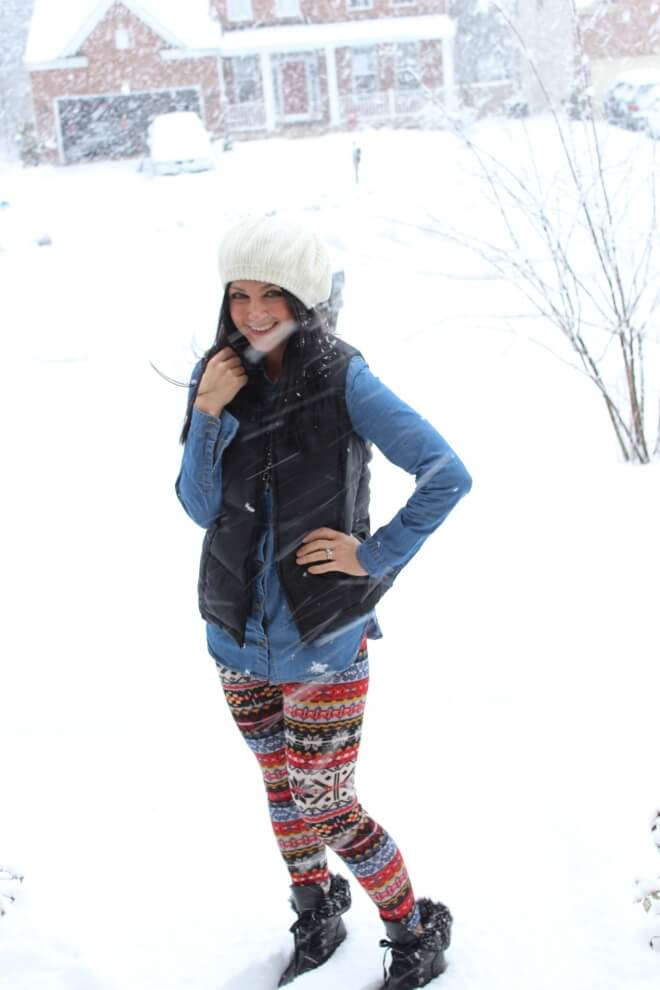 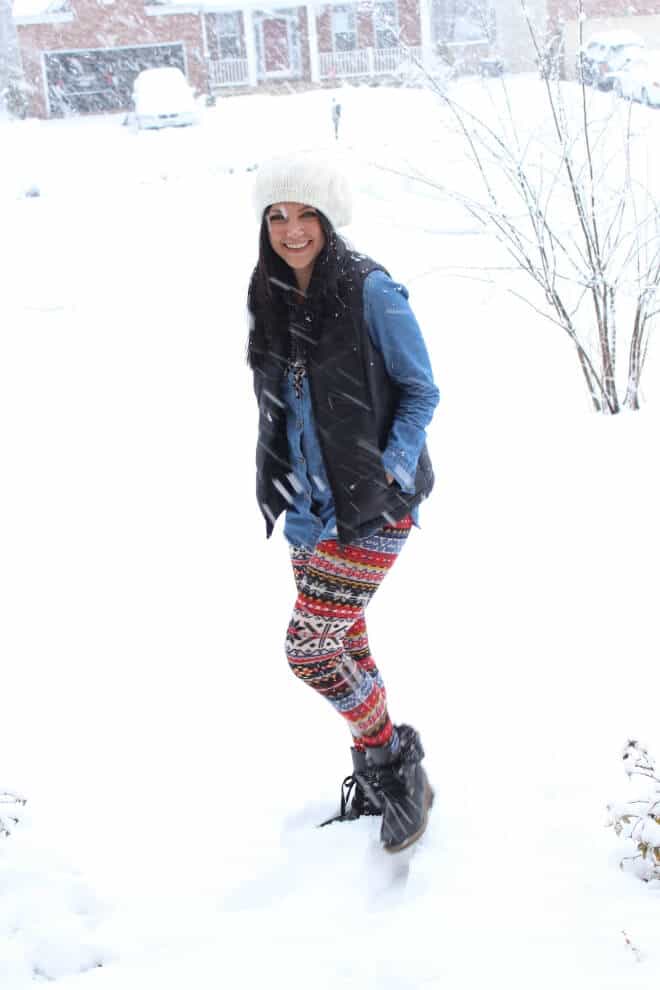 One of my Molly Suzanne suppliers sent me these Fair Isle leggings, maybe in hopes that I would start selling clothing. Well played. I love them. I’d been waiting on just the right time to wear them, but every time I put them on, the hubs gave me a look that yelled “I won’t be seen I’m public with you wearing those”. You could only imagine how excited he was when we were about to head out with the boys when I asked him to take a few pics. But he did it. After rolling his eyes a bit.


Our snowman was decorated with Easter eggs. Because it is March and all. And how obvious is it that the hubs grew up in NY and can make a perfect snowman?! 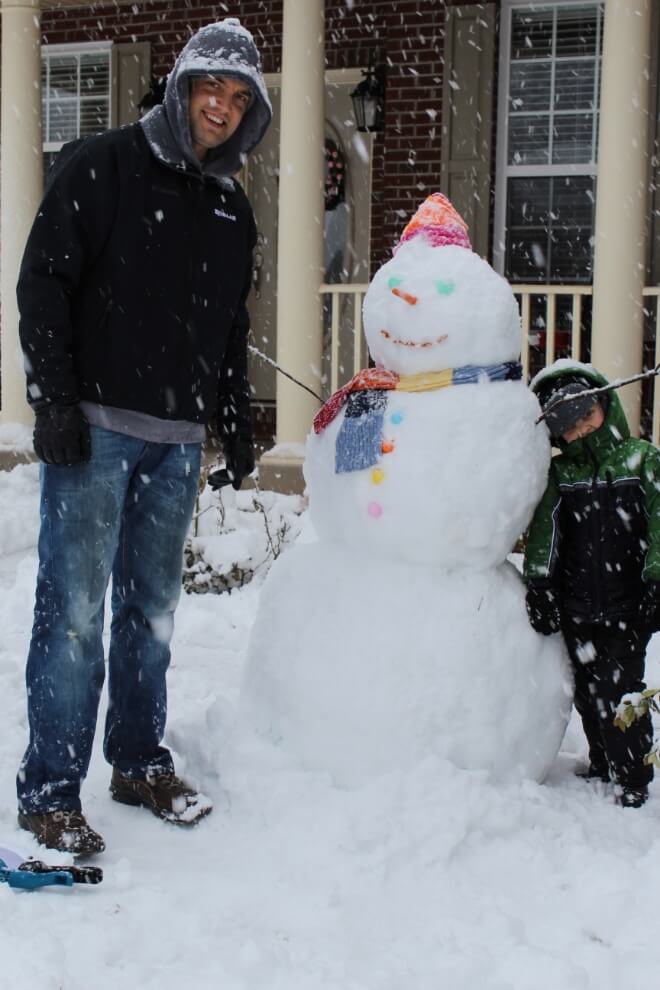