It’s been awhile since I’ve given you an update on two little cuties in my life. I love the idea of the Mother’s One Line a Day book to keep track of funny things they say and do and have seen a lot of people using it lately. I’m just not sure if I will actually keep up with it? Anyone using it?

Life has been busy lately. I feel like having a kid in school is basically a part time job, no? In one week only, we have field day, an all day field trip and an early release day. That’s on top of all the lunch packing and time spent sitting in the pickup line. I can’t help but think about how much time I’ll be spending at schools once I have 3 kids there! 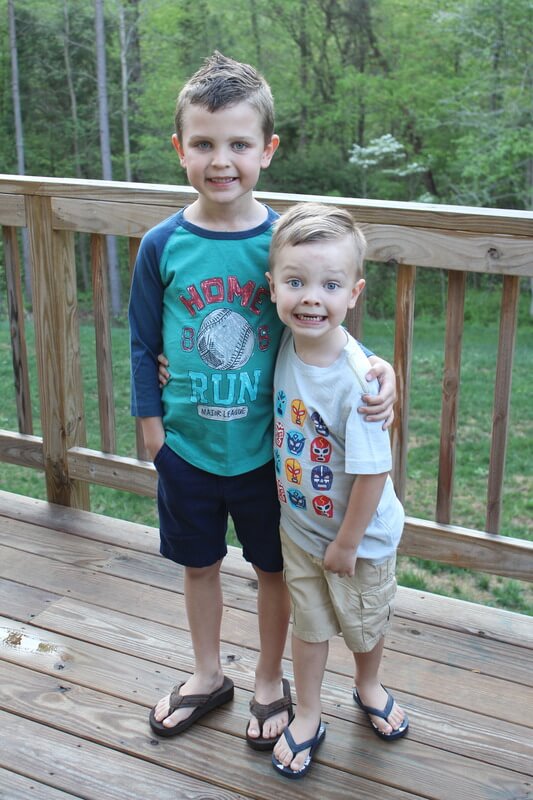 The 6 days from 7 year old, who has 2 missing teeth and is planning a birthday party worthy of My Super Sweet 16, is getting bigger by the second. He went to bed last night and woke up an inch bigger, I swear. How does this happen? 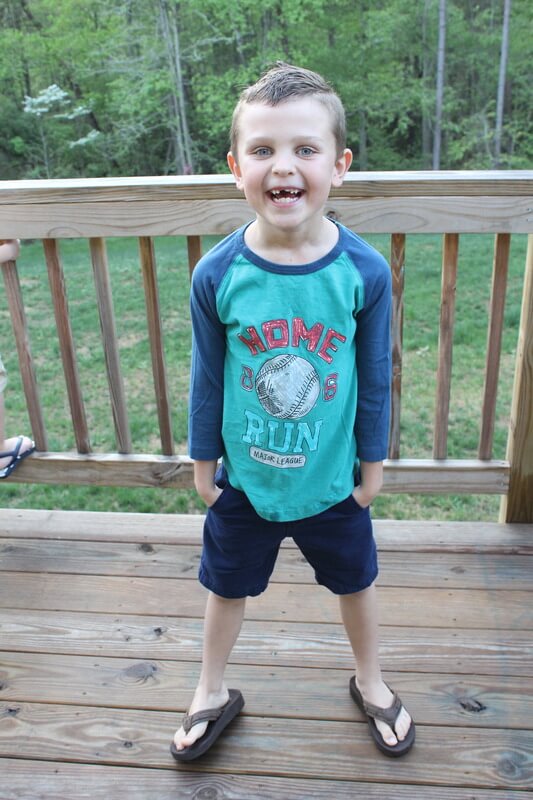 A typical after school chat with him lately, is something like this: “I want a video game birthday party. No, an Australian birthday party. Remember Alexander and the Terrible Horrible, No Good, Very Bad Day? I’d like those Australian cowboys like he had. My friends would love them! And Kangaroos! Can we have a separate day where we take my super best friends out on the boat? And their dads? How about we pack a cooler with SODA! and chips!? I’d like to eat sushi at my favorite place on my birthday night. But I have a baseball game, so lets eat there another night and have Cookout after my game? Oh and can I have an iPhone 6 as my gift?”


The answer to the last question is a negative, by the way.

He loves to talk and talk a lot. He came home yesterday with a perfect report card and a note from his teacher that he’s a leader in his class. I’m so proud of him and at the same time concerned that I won’t be able to help with his homework by 5th grade. He loves art and reading, but his favorite subject is math. He’s often caught sneaking a book at night, or waking up early to read. Still not sure how he’s my child…


He always has to go to the bathroom the minute we get somewhere. And he doesn’t really like to use public bathrooms. Luckily, as a boy mom, it’s easy to keep water bottles in the car and they work perfectly for potty breaks. Unfortunately, things then happen like happened after church this week. I was getting Callan out of nursery, while The Hubs and Coop went to the car. We were headed home, when I picked up my Panera coffee from the cup holder and took a big swig. Well, my friends, it wasn’t Panera coffee.


Many thanks to the ones who failed to mentioned they used my cup as a urinal.


Callan, the 3.5 year old who calls our new baby Mosquito, is a constant joy and constant handful. My house never saw such destruction with 3.5 year old Cooper. 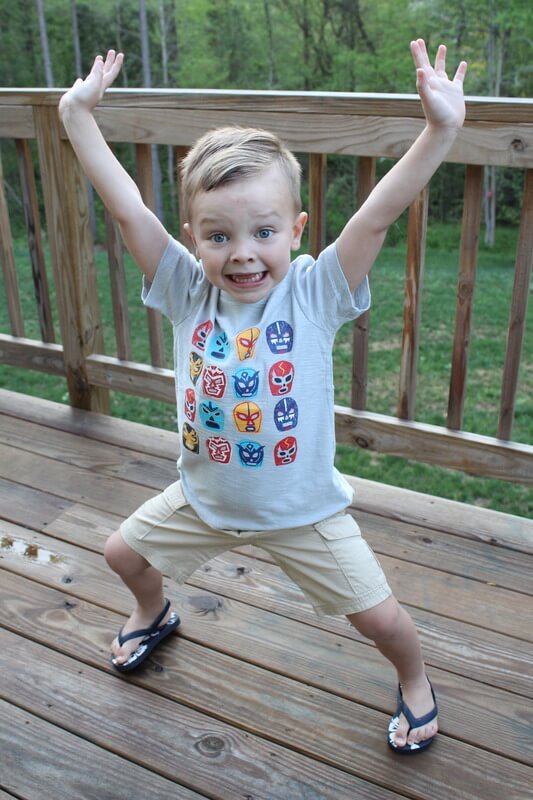 His habit, as of late, is rubbing his forehead on the floor, enough to get carpet burn, every time I put him in time out. Which, let’s face it, is quite often. I’m not sure where the three-nager learned to threaten with things like “I have to play the iPad or I’m going to be sick!”. He is so very sweet, hugging, kissing and saying in his most genuine voice “I’m sorry you drank that pee”. Pretty embarassing in public, let me tell ya. 5 seconds later, he’s pitching a matchbox car at his brother and sending his toys to jail.

He absolutely loves going to his class at church. He has memorized several scripture verses and tells them to us every night. He’s trying hard to keep up with his big brother and often memorizes his verses, too. He told a friend pregnant with twins that “you should name those two babies in your belly Joseph and Jesus”. Who he had learned about in class just the day before.

He tells me all the time “I love you Mom, you’re such a good mom.” He can totally melt my heart! I’m so grateful that he is fully potty trained now! It’s so weird not having to buy diapers anymore, but totally awesome. He often keeps his Paw Patrol undies on during nap time and sometimes opts for them instead of a pull-up for sleep and hasn’t had any accidents in bed, so wahoo! I had some comments about how we finally got him trained and I can just say, you have to wait until they’re ready. We talked a ton about it and did a lot of encouraging, but until he got excited about it, it wasn’t happening. 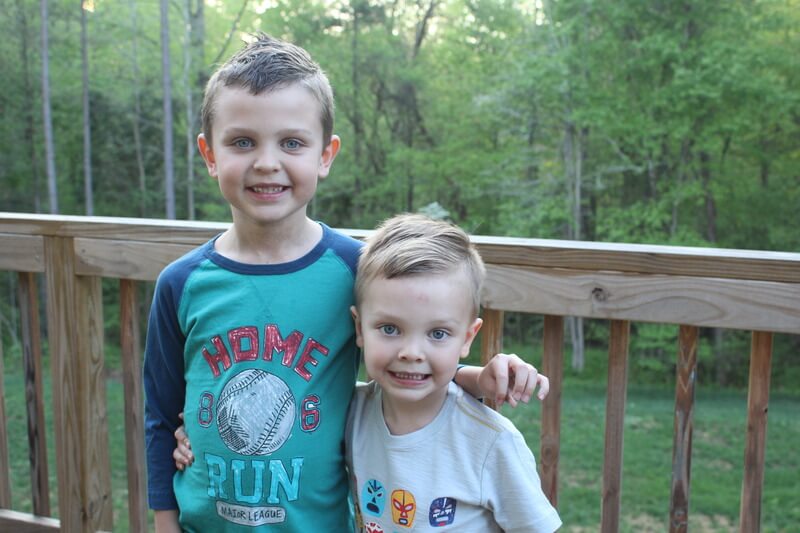 These two really couldn’t be more different. One quiet and one outgoing. One won’t eat melted cheese, food that touches or any kind of sandwich, while the other will eat basically anything put in front of him. The fun thing, is that they bring so much joy to our lives and I can’t wait to see how little man #3 adds to the mix. 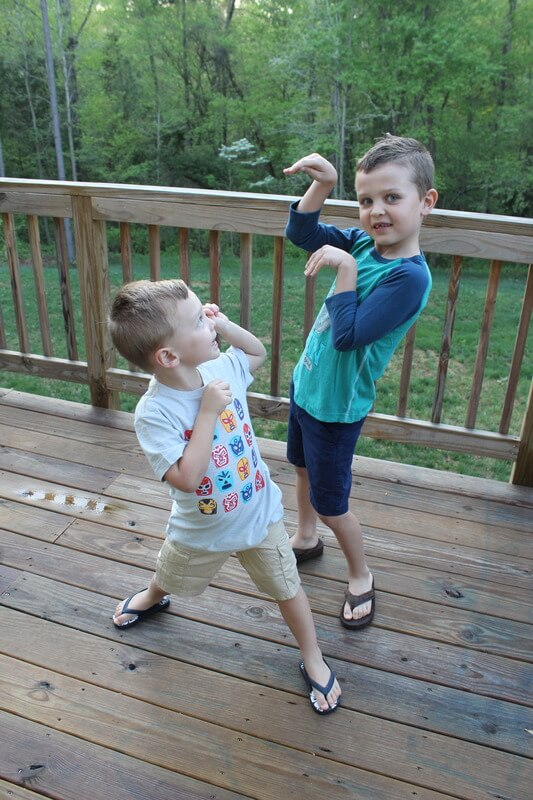 They both do love new clothes from FabKids, which never disappoints them. These are their favorites right now, Callan’s “man shirt” and Cooper’s love of baseball right on clothing. I’m so excited to have the summer clothes now! Aren’t the much more fun that winter? 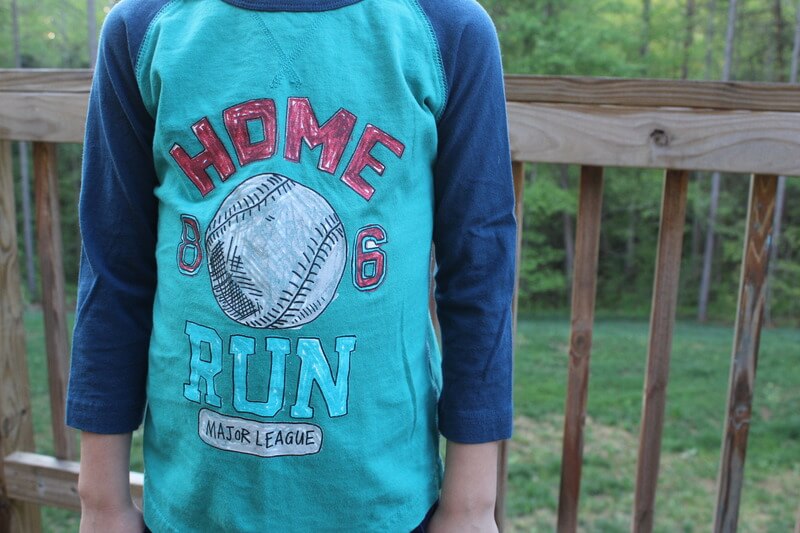 At the end of the day, I’m a mom and they’re brothers. Which means most of my day is spent with scenes like this. 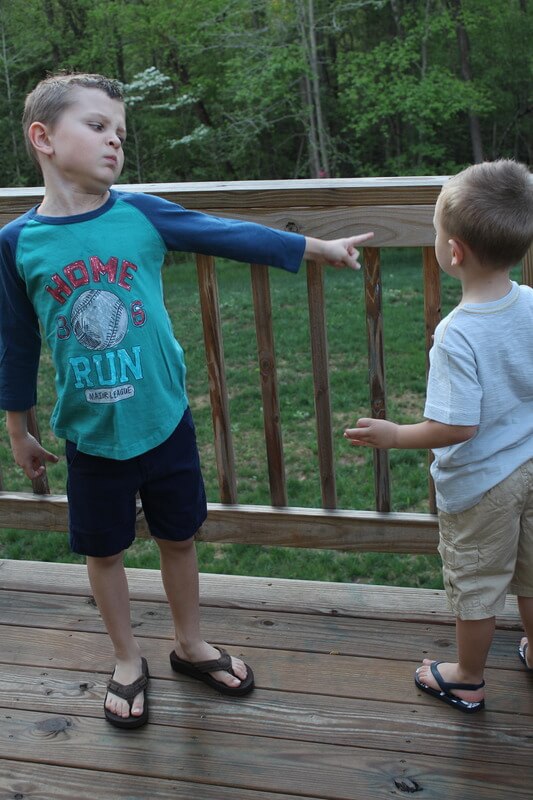