See those 2 little weapons in his mouth? Those are his newest possession. I thought the drooling would at least slow down a bit after they came in, but no. We’re still going through bibs like whoa!

Moving now consist of lots of rolling, backwards scooting and a weird forward thrusting while sitting. Not sure how he does that one without falling over, but he does.
Dude’s got skill. 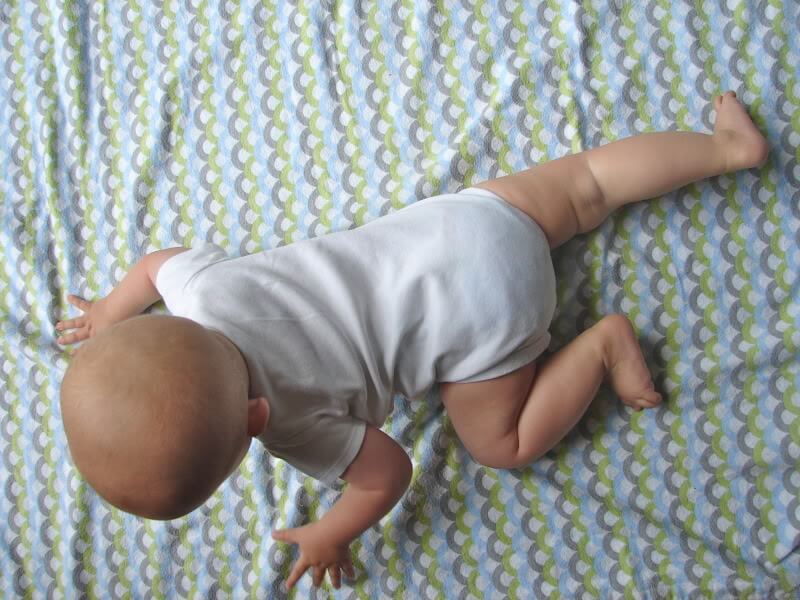 Eating is now anything I will give him as well as anything he snatches off his brothers plate. He is quickly loosing interest in nursing and just wants to be a big boy. He’s packed on some weight this month and is right at 21lbs. 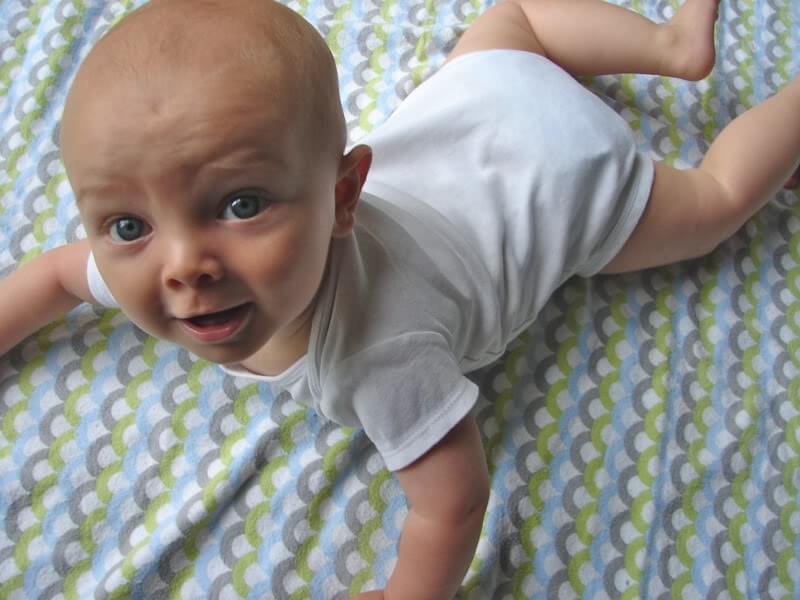 He is sleeping from 7pm – 5:30am, then nurses and back to sleep until 7ish. The hangup? He’ll only sleep like that in his carseat. He hates lying flat! Lets just pretend this is acceptable.

He is still the happiest baby I’ve ever seen. Cries when he’s tired. Laughs most all other times, especially at his big brother, and is just content. Thank goodness.