We jammed an absolute ton into Easter weekend and it was a total blast. Friday night started our camping adventure. Something I definitely wasn’t super interested in, but one of those things that I did for my boys. We bought this tent after we lost our camping stuff in our basement flood in Virginia and had never set it up before. It was HUGE and actually really nice. There was plenty of room for both beds and a potty. Haha. 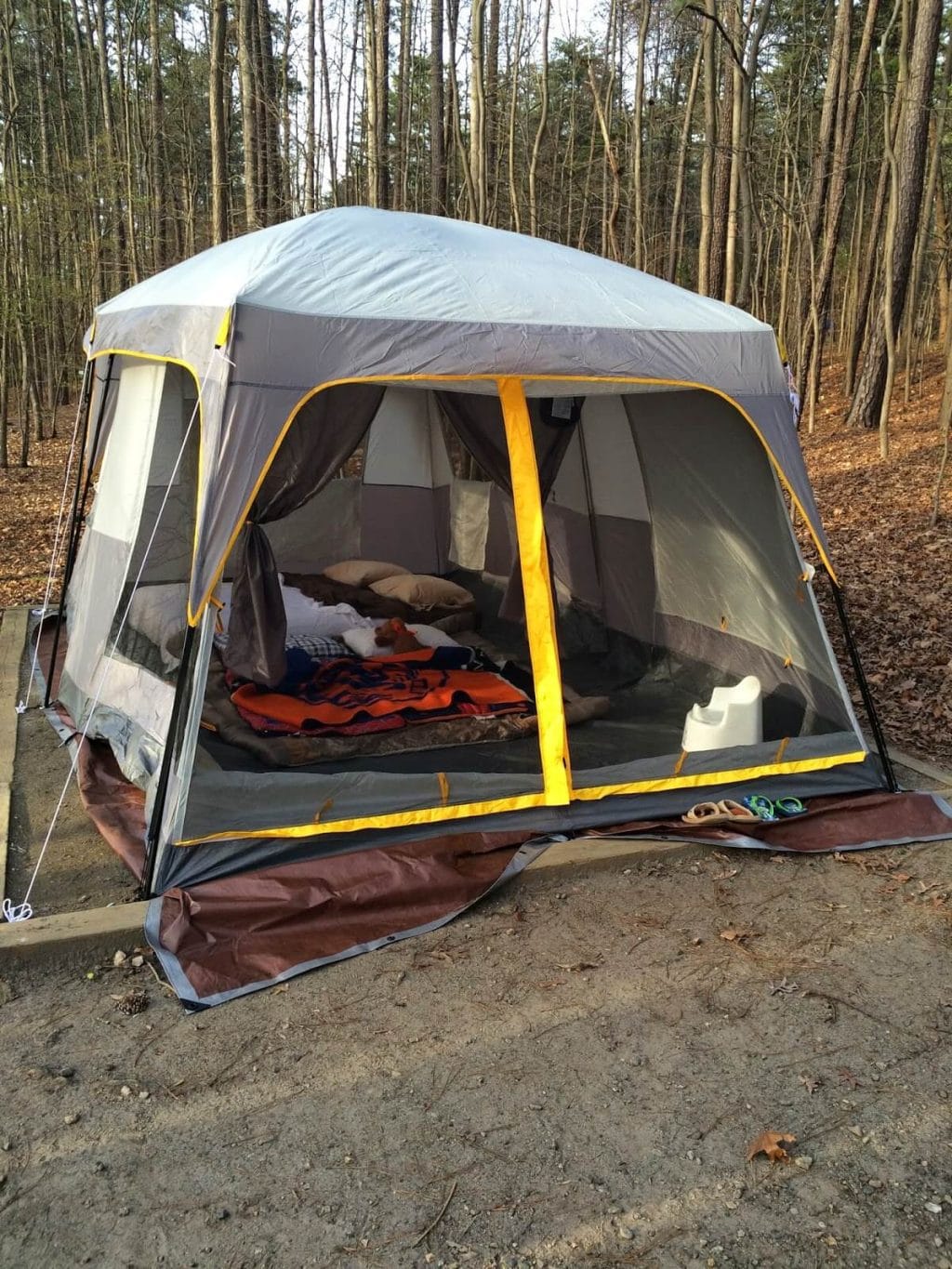 We had picked a campsite right on the lake, so the views were absolutely gorgeous. I must admit, it was nice being out there, pretty detached from the world. It was challenging with a 3 year old at times, keeping him away from the fire and out of the tent with his dirty shoes, but still nice. 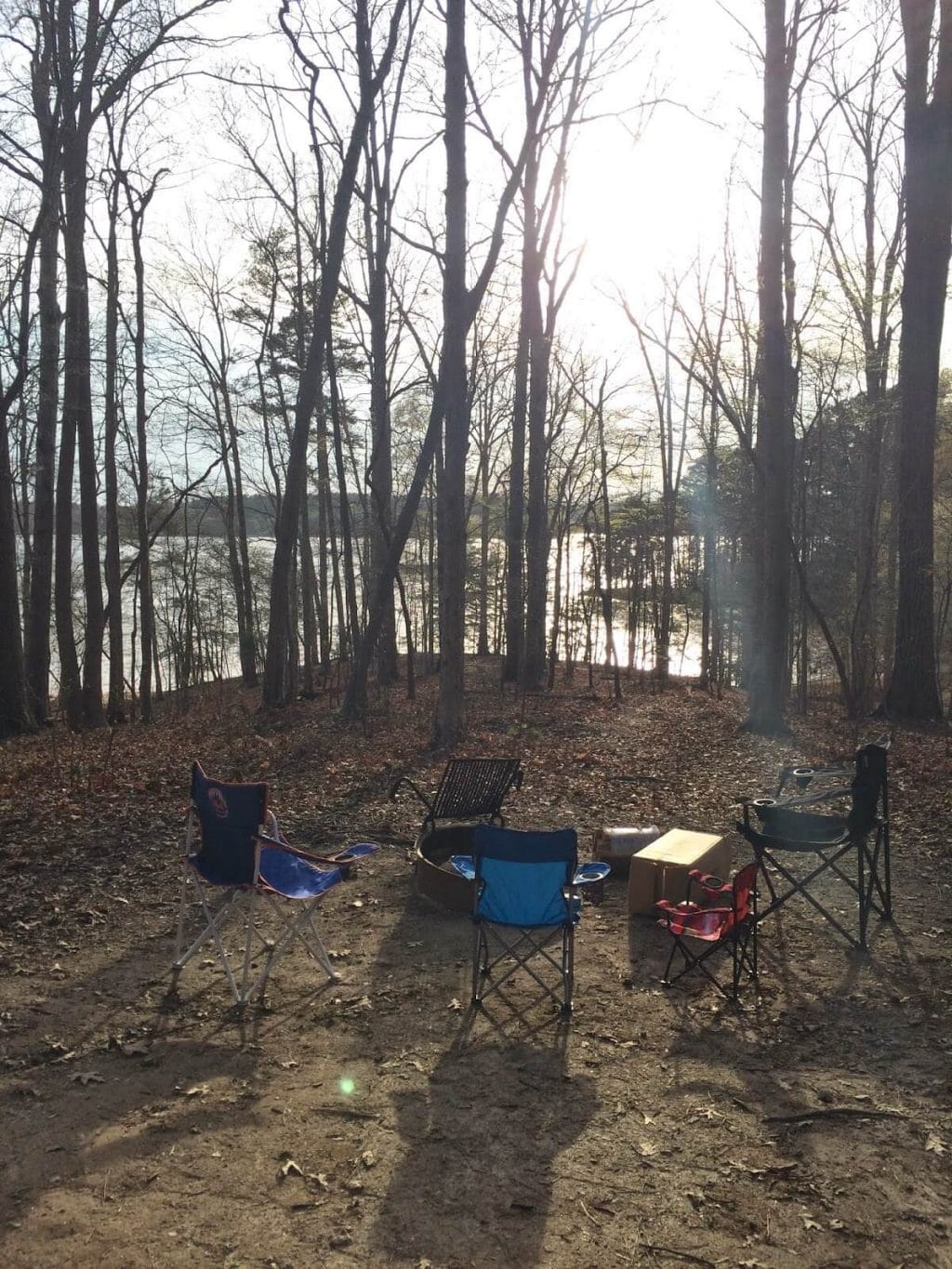 We went on a hike at sunset, after we grilled hot dogs over the fire. I’ve had a major hotdog craving, so that was perfect for me! 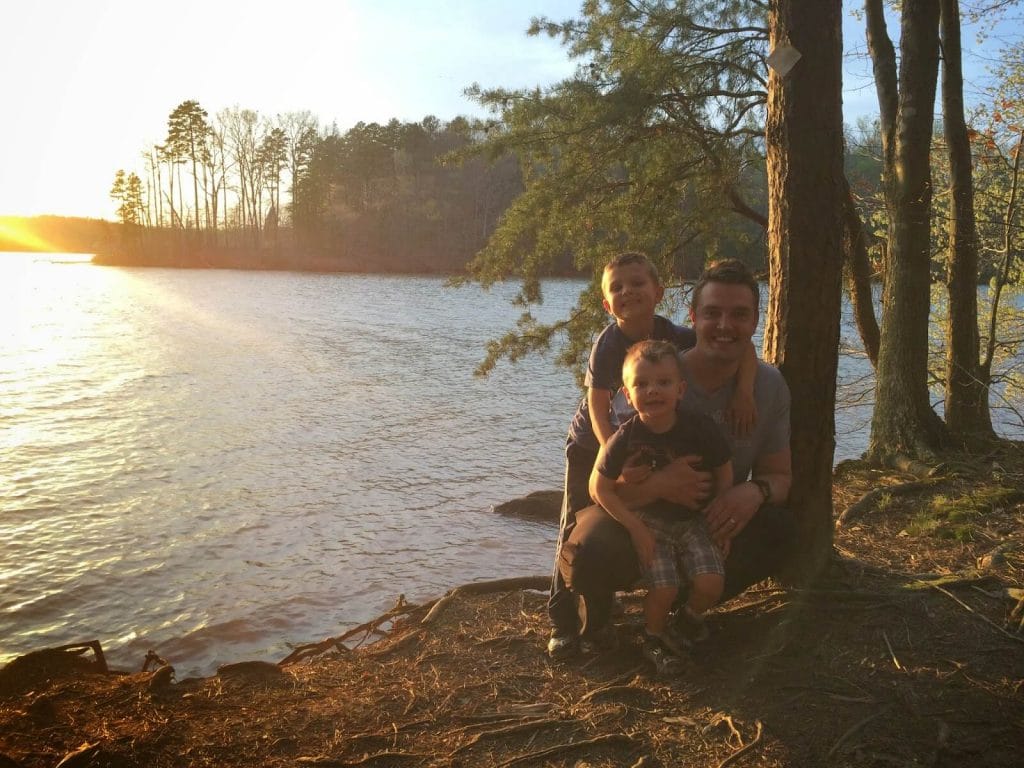 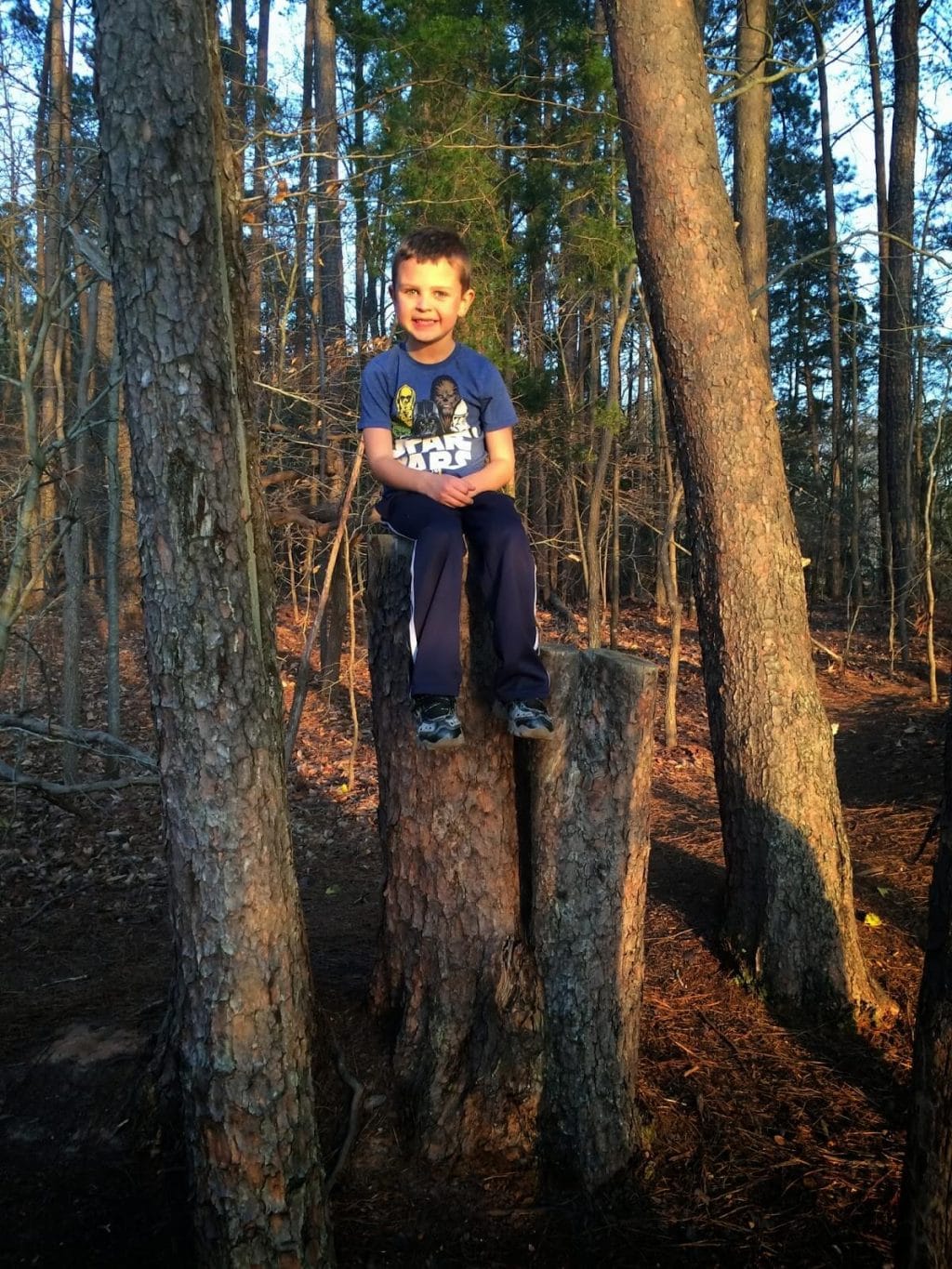 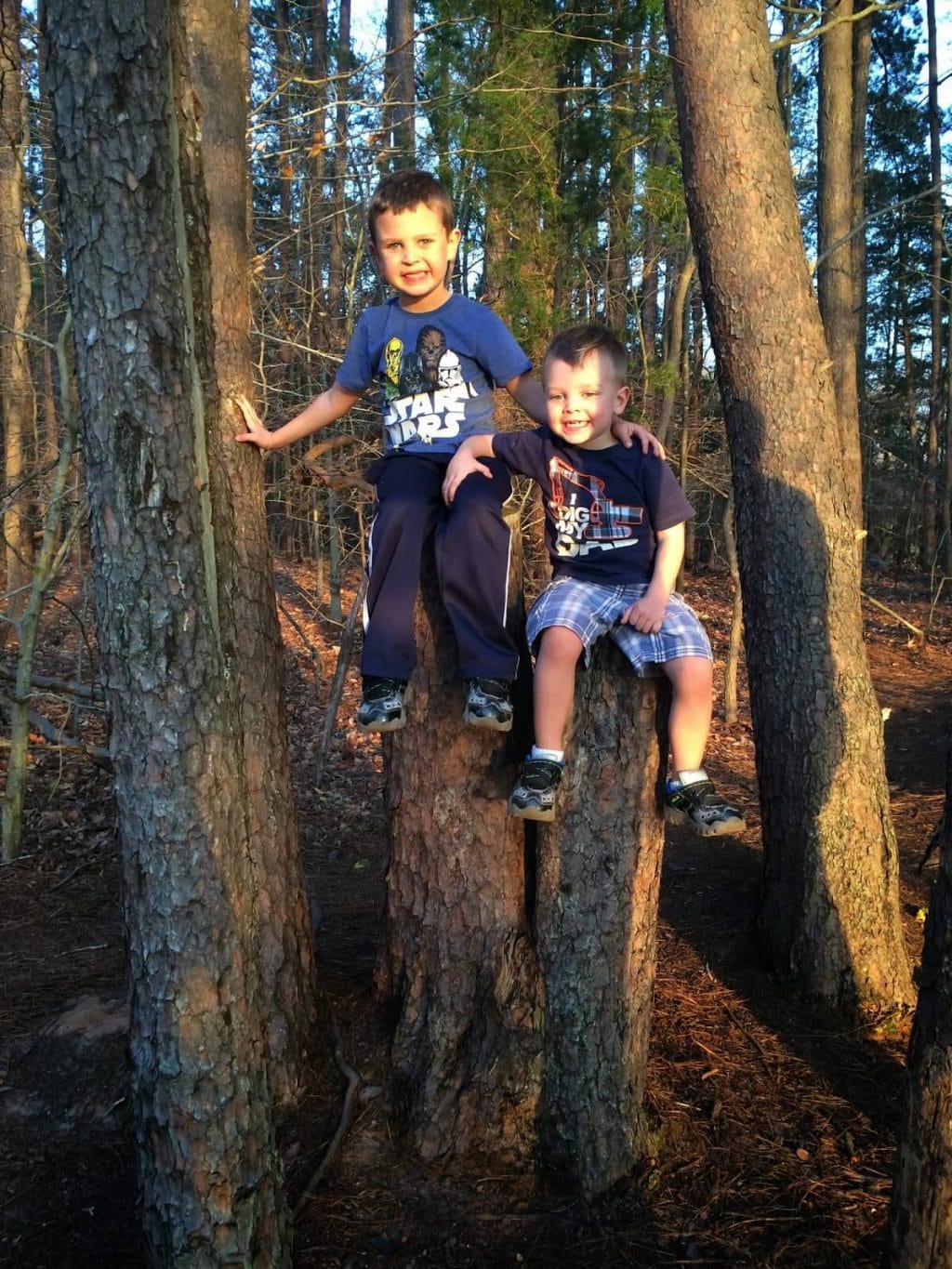 Of course s’mores were in order later that night and we roasted the egg shaped flavored marshmallows I found, too. 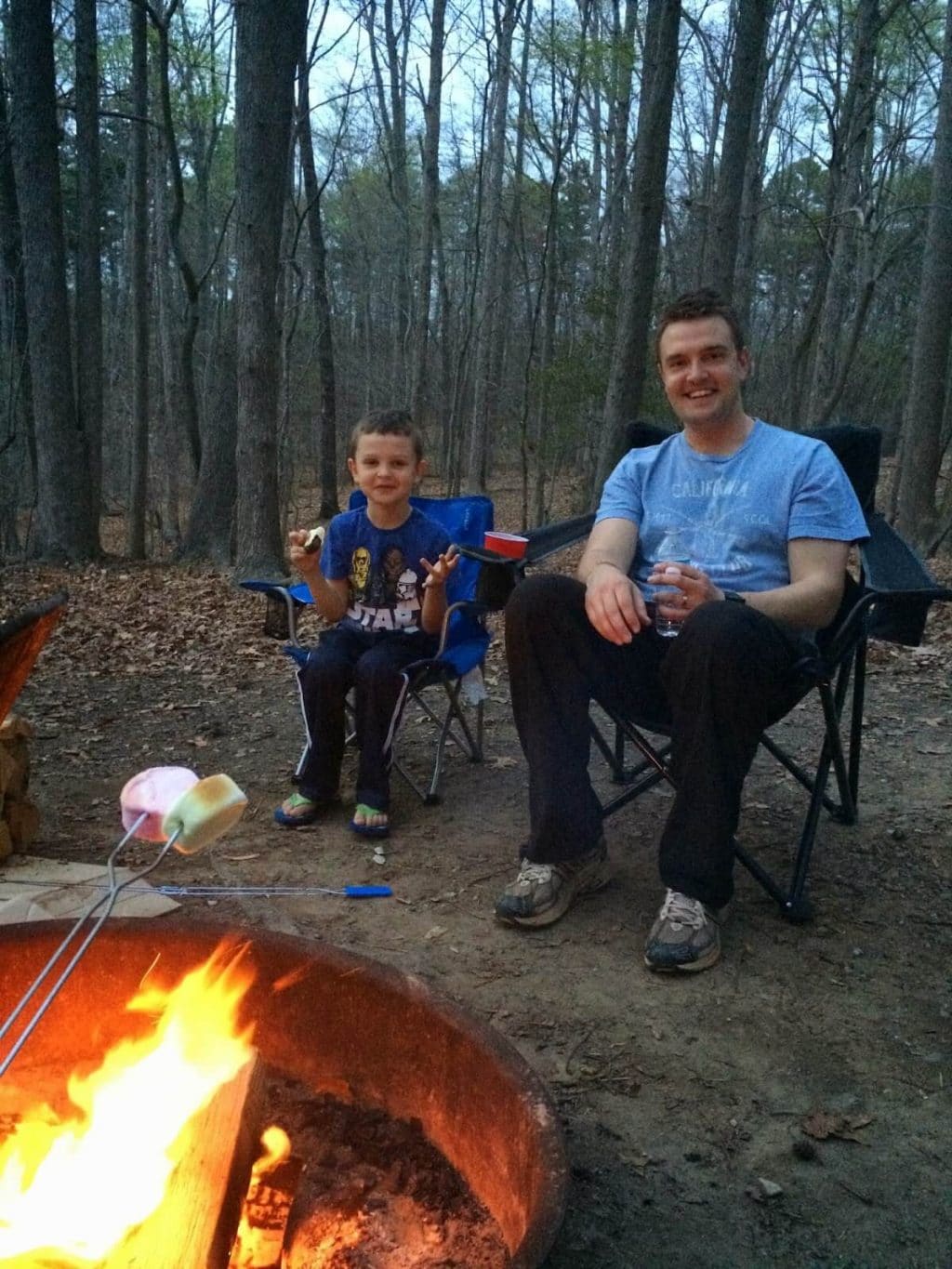 Cooper wrote his own book before we left. It was a “scary story” that he read with the flashlight to his face. It was the cutest thing, him walking around, trying to scare us. He then told us the original, autographed copy of his book is for sale for $14.99. Just in case we wanted to buy it. Ha! 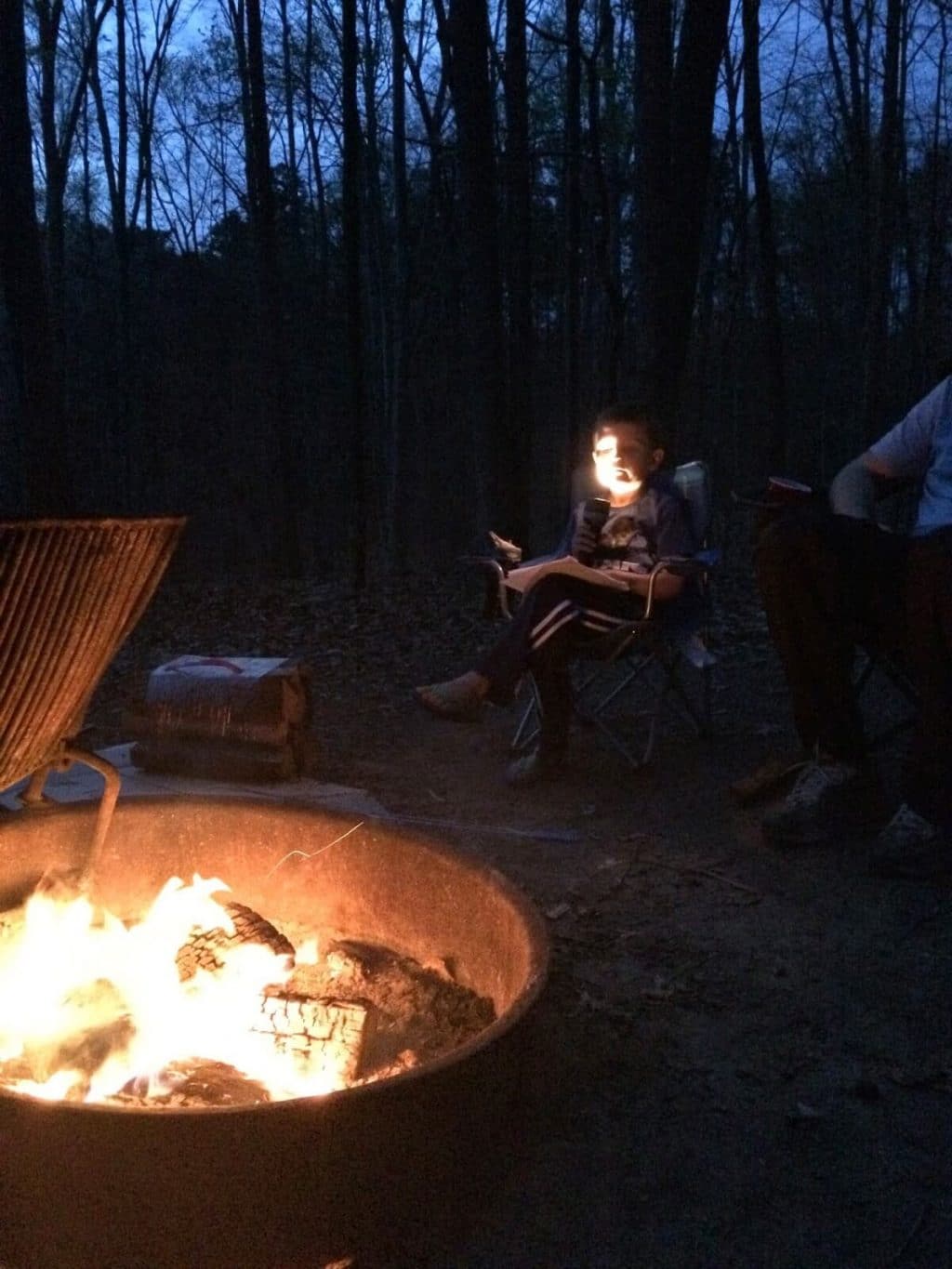 The boys slept soundly and the hubs and I were far from that. I was up like every hour out there. We were all up before 7am, made breakfast, hung out, I took a little nap, then we headed home. The laundry after camping trip is epic! I think I did 4 loads and I have one to rewash because it still smells like bonfire! We played outside, colored eggs and I did some Easter dinner cooking.


Easter morning was a blast. The boys had their new baskets from Personal Creations that are so cute and bigger than their “baby” baskets. They held a ton of loot! 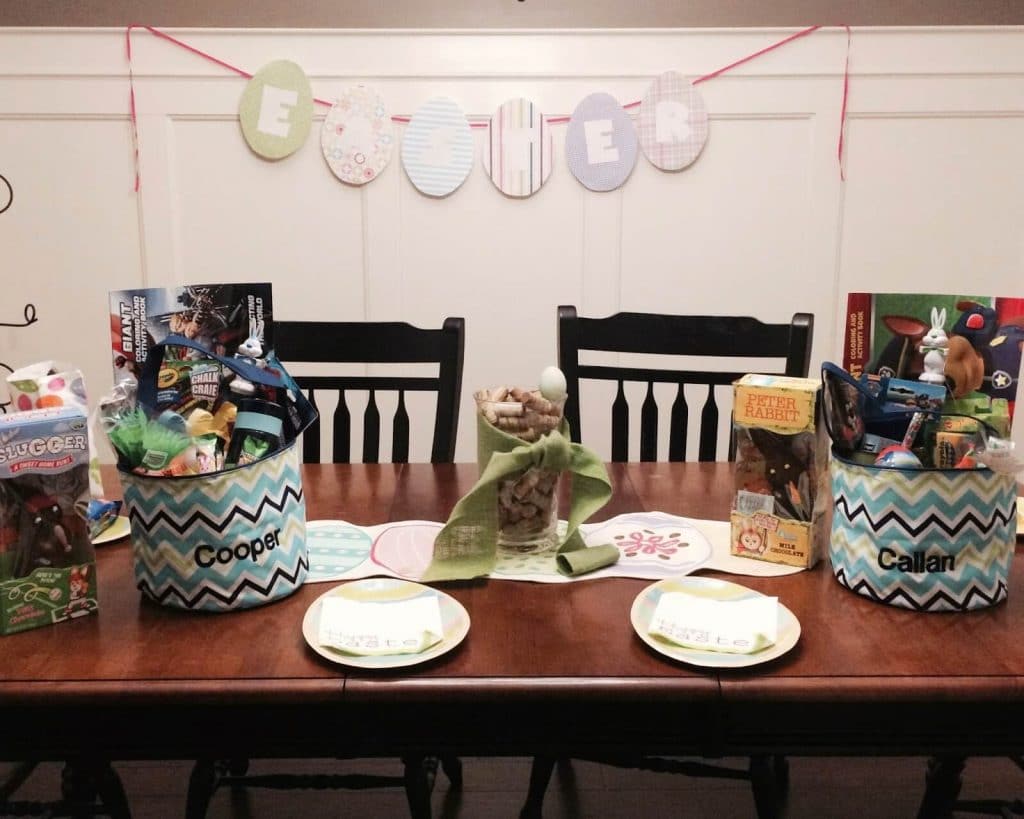 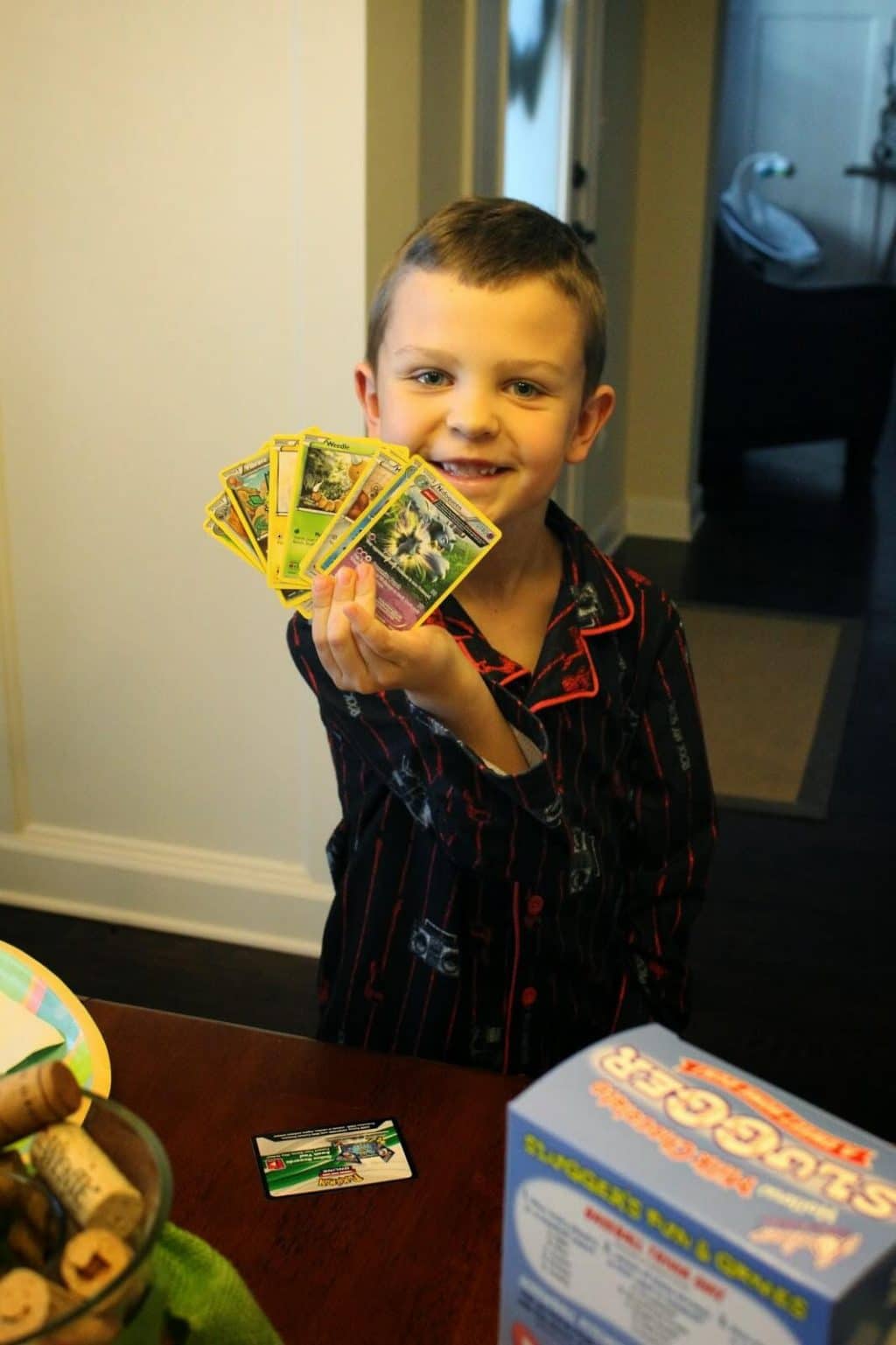 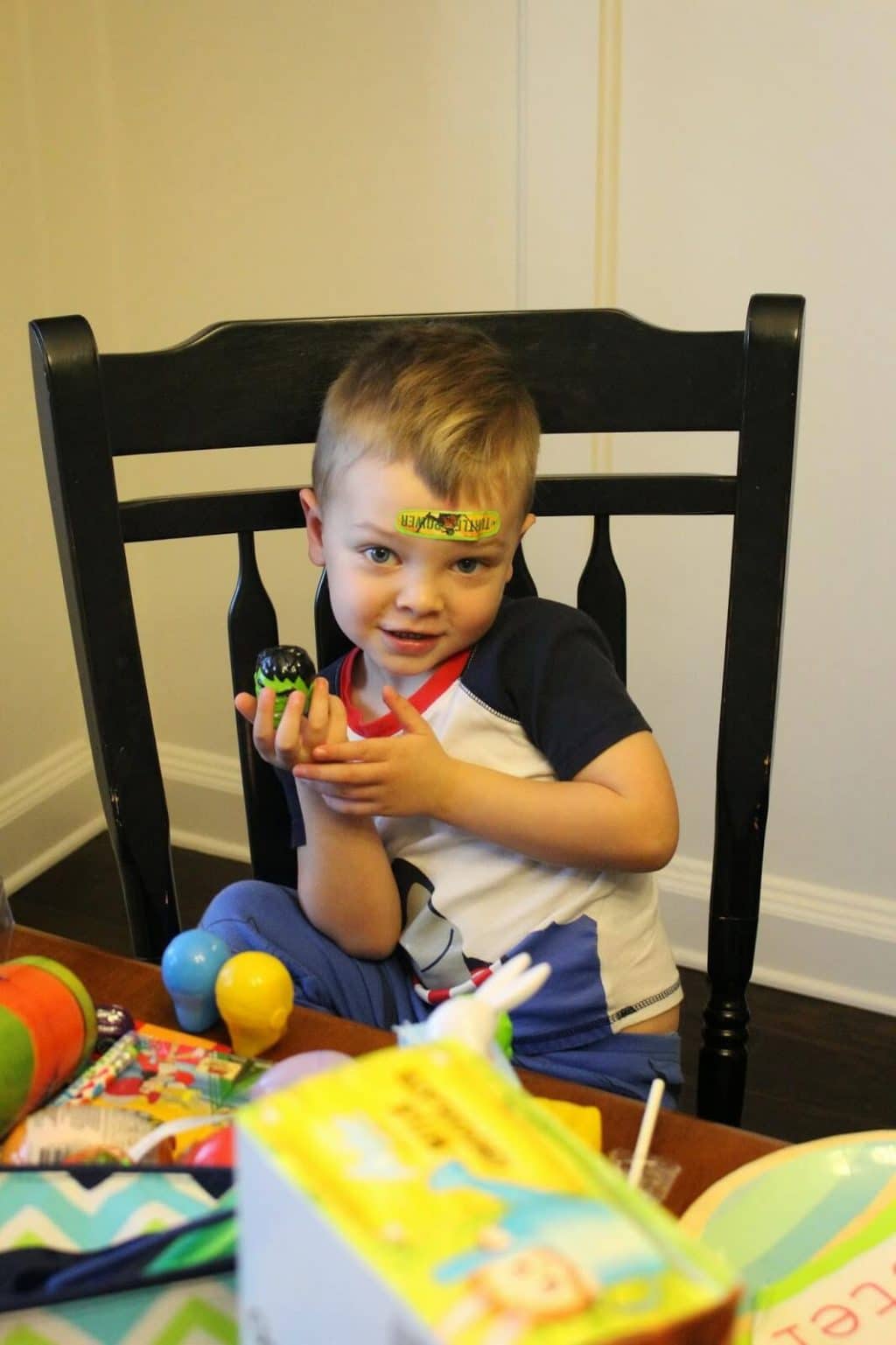 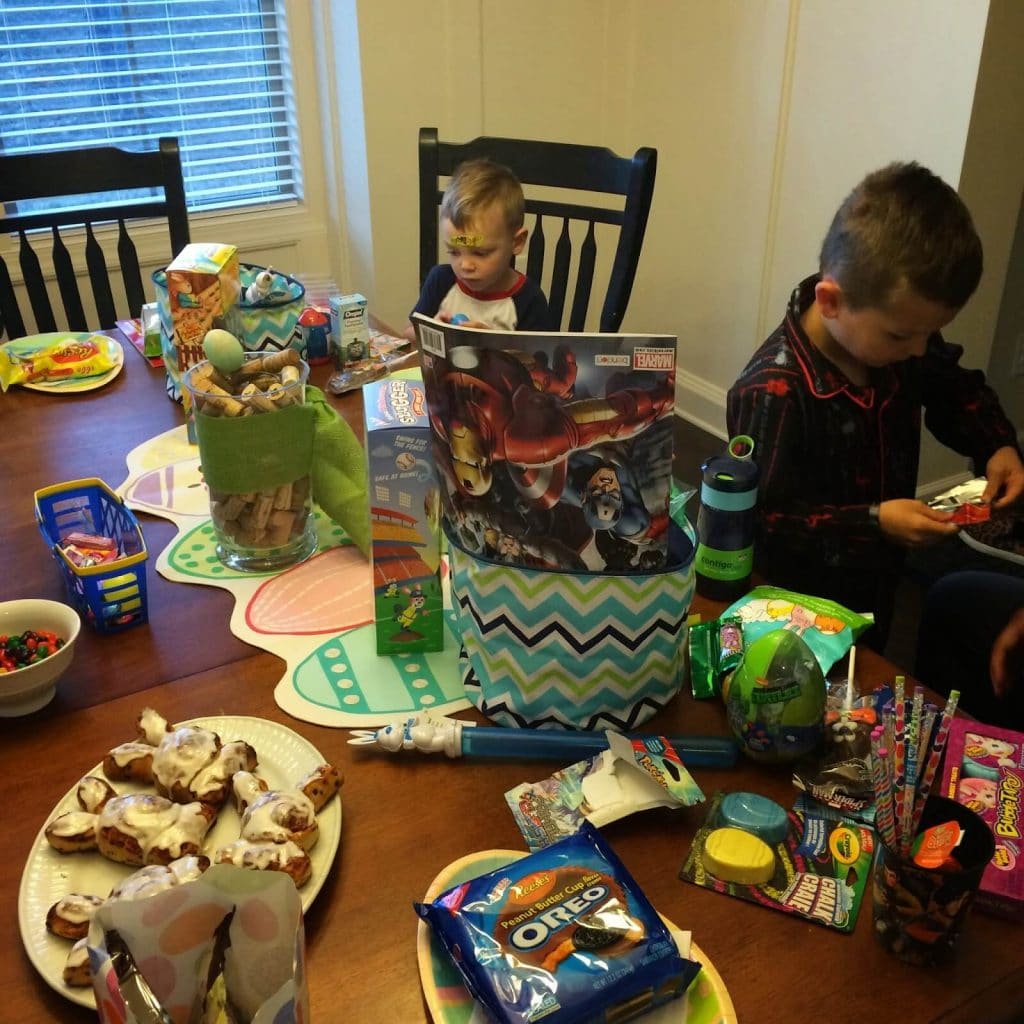 I made bunny cinnamon rolls, which were a big hit. I love when I can do something so super easy (canned cinnamon rolls) and everyone is really impressed with them! 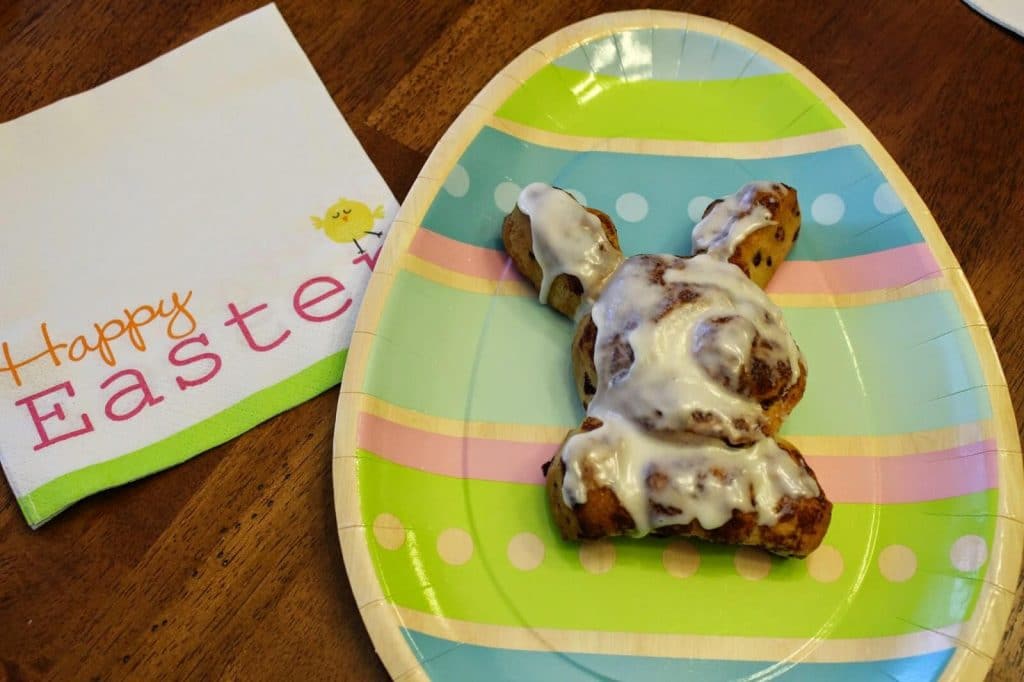 Before we left for church, the boys went on an egg hunt in the house for all the eggs we dyed the day before. My worst fear is losing a boiled egg in the house and it smelling like rot! 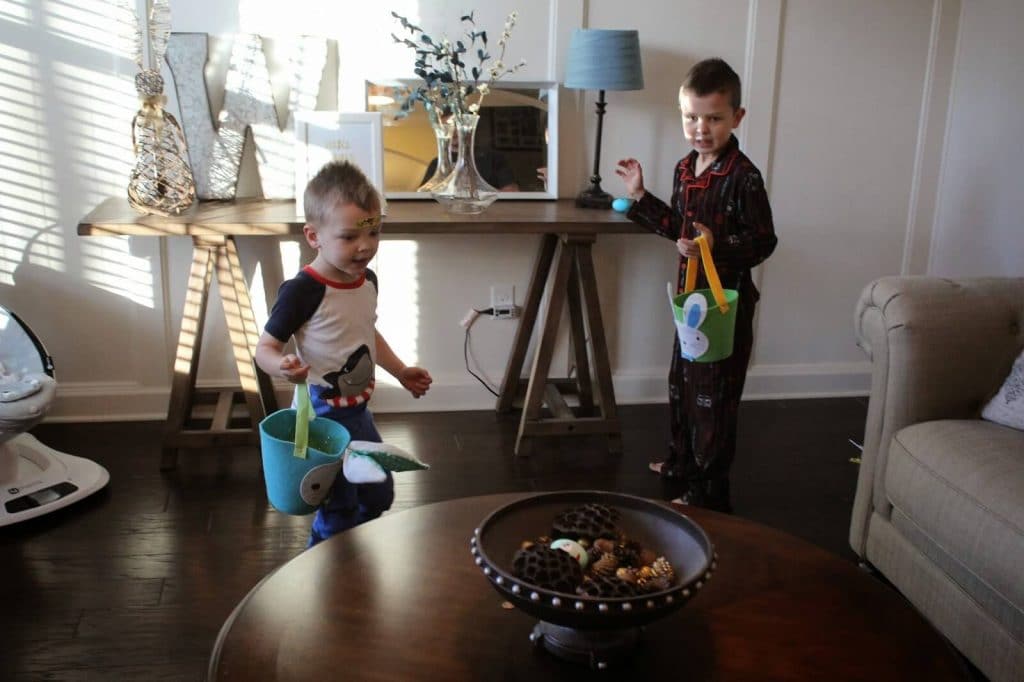 I rushed everyone to the deck when we got home from church for pictures. It’s a good thing, too, because these boys were both covered in sidewalk chalk not too long after that. 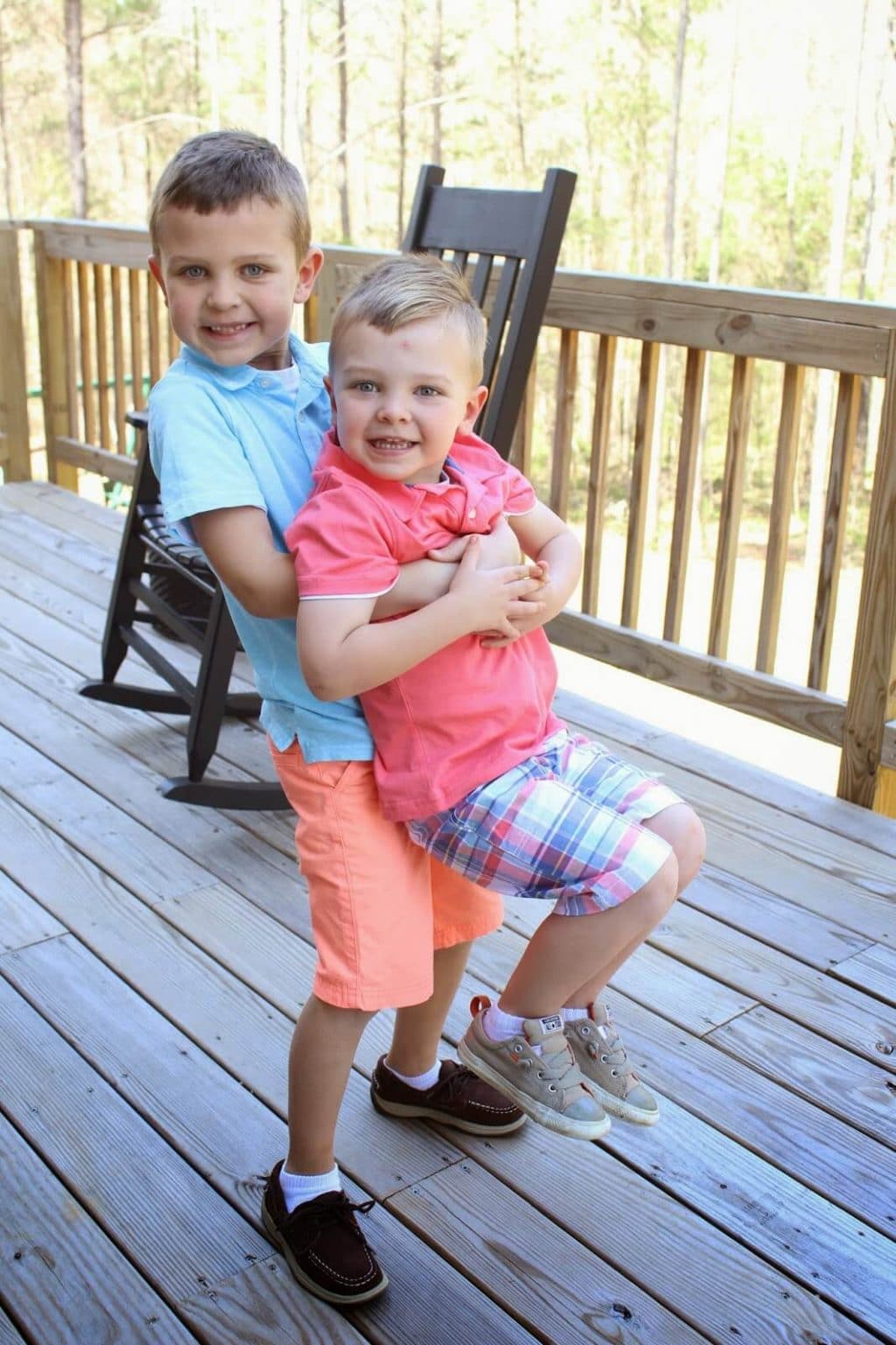 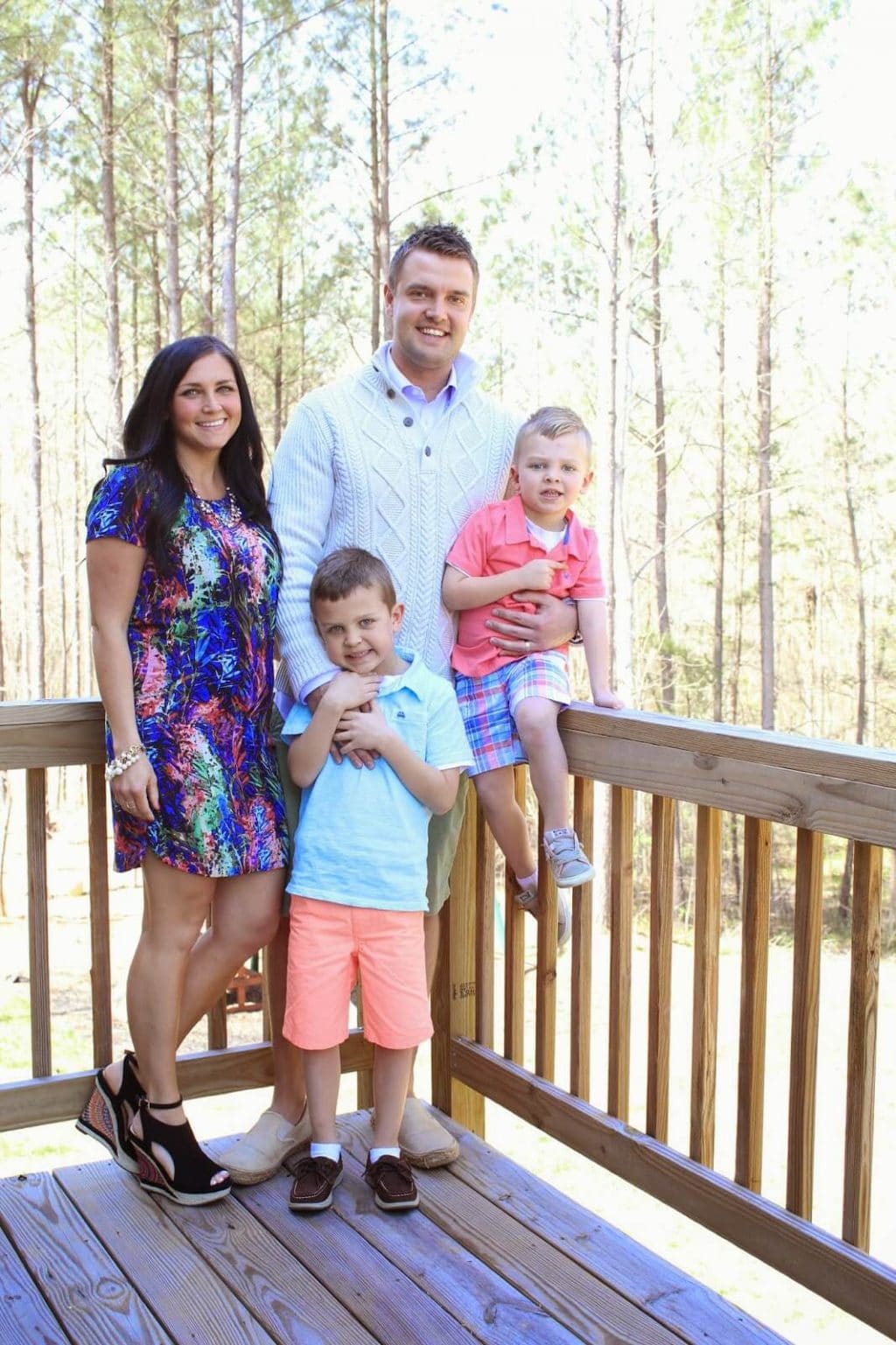 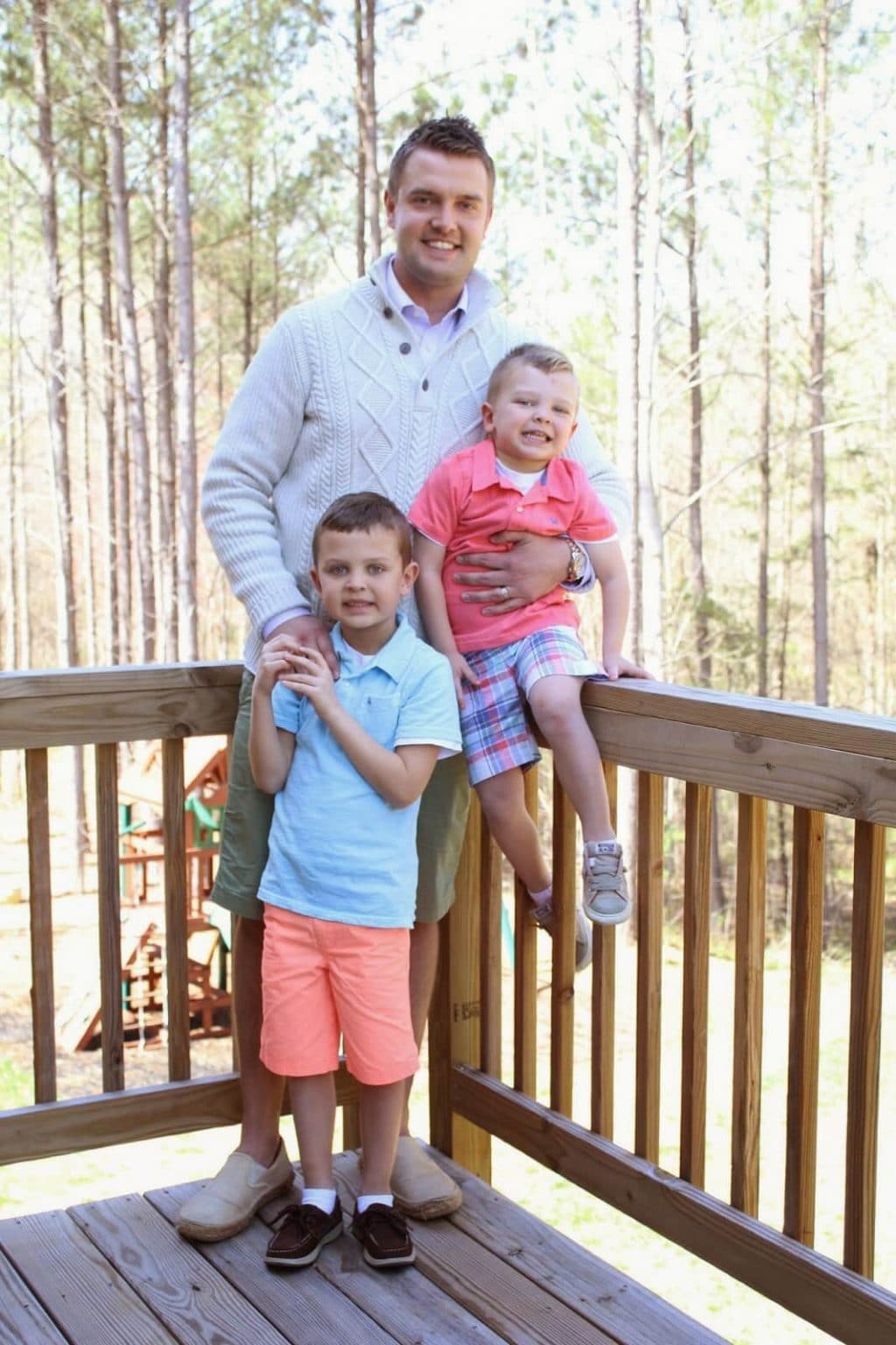 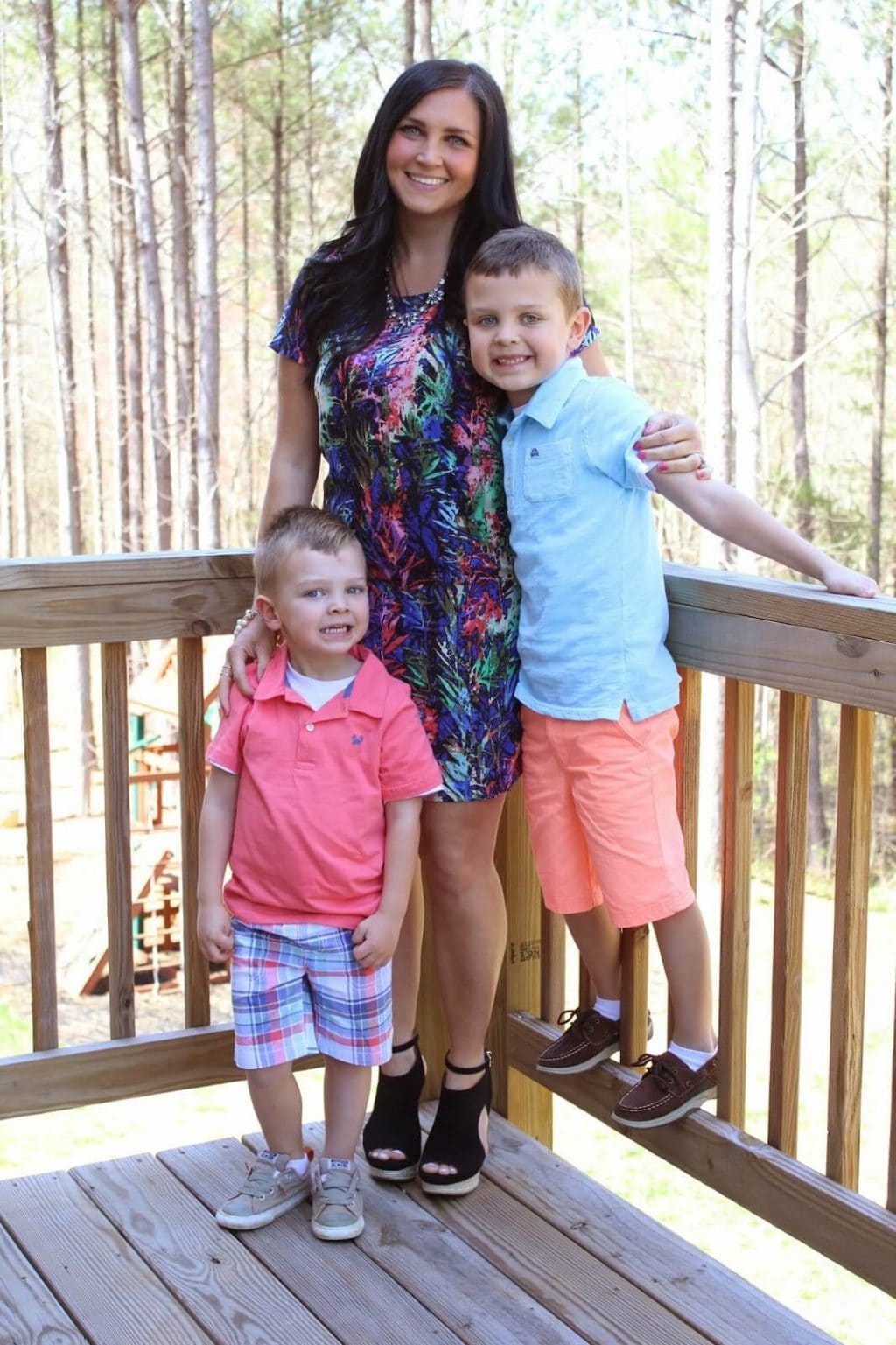 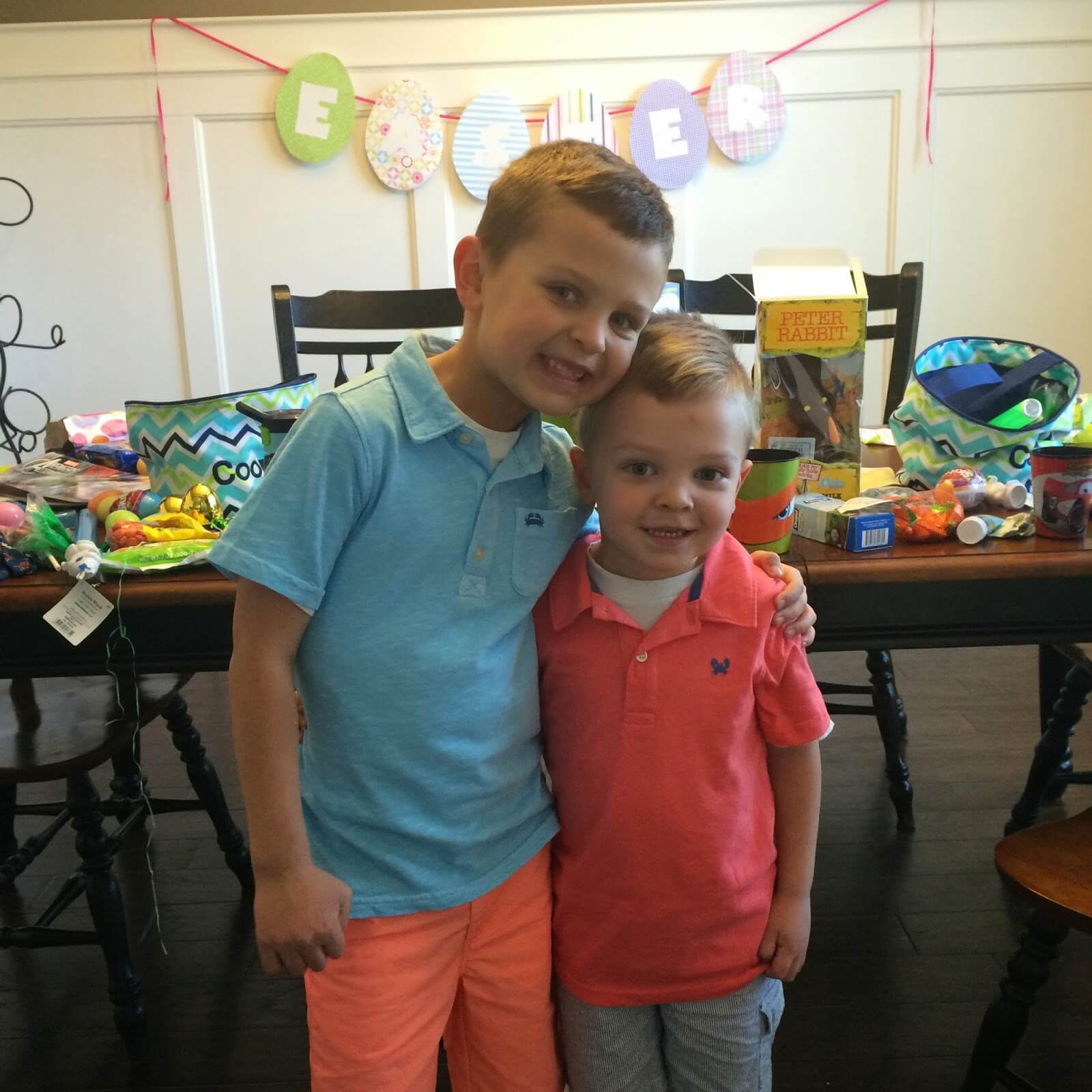 We ate a ton of Easter dinner, which included the nitrate free ham I went to 4 stores looking for. Pregnant eating is tricky sometimes! I may have eaten that potato au gratin casserole for breakfast. That Pioneer Woman and her heavy cream dishes get me every time. 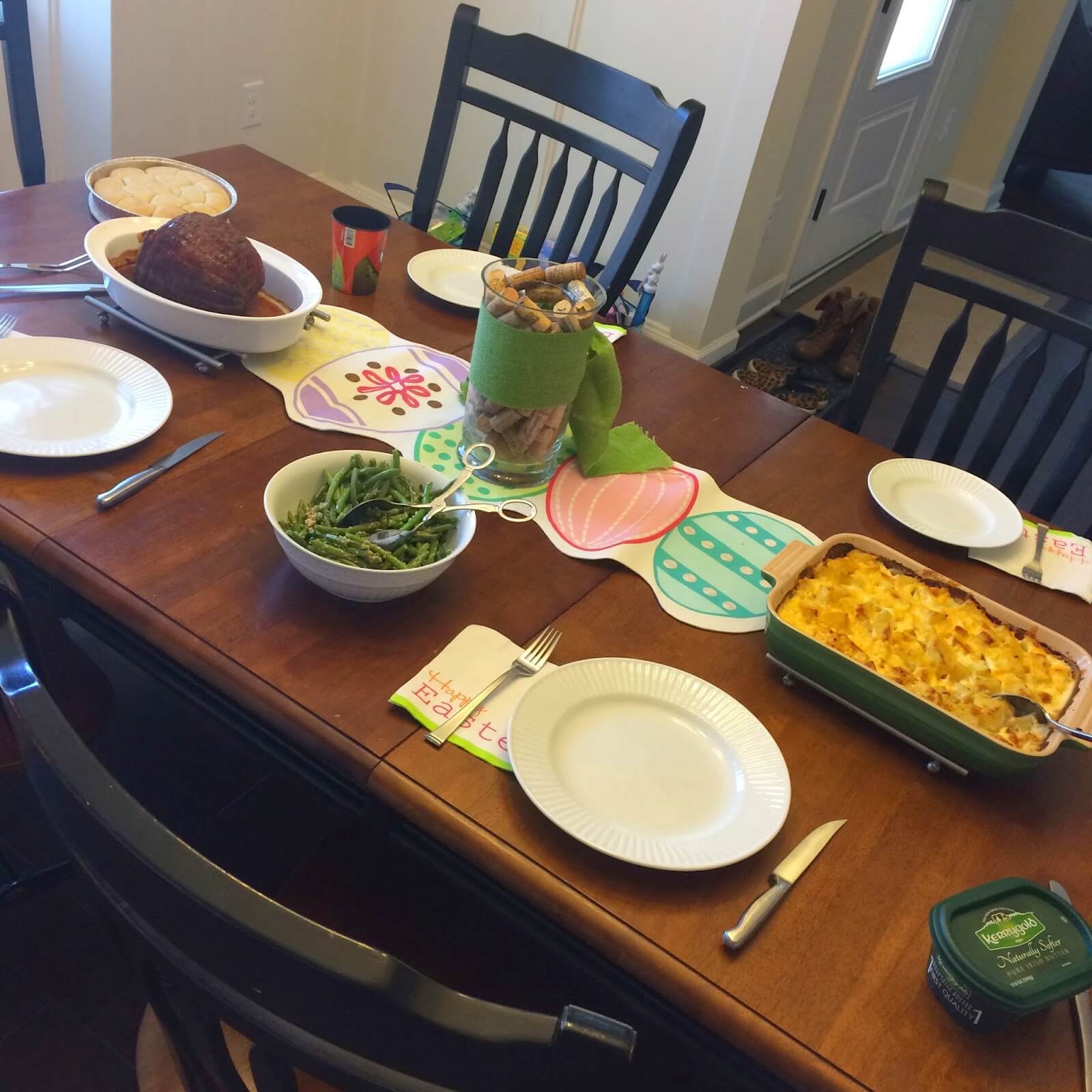 I made a bunny cake because I had leftover cake mix from the April fools hamburger cupcakes I made the boys, but I really wanted banana pudding. We ate dessert and stayed up late watching Big Hero 6 and eating popcorn. 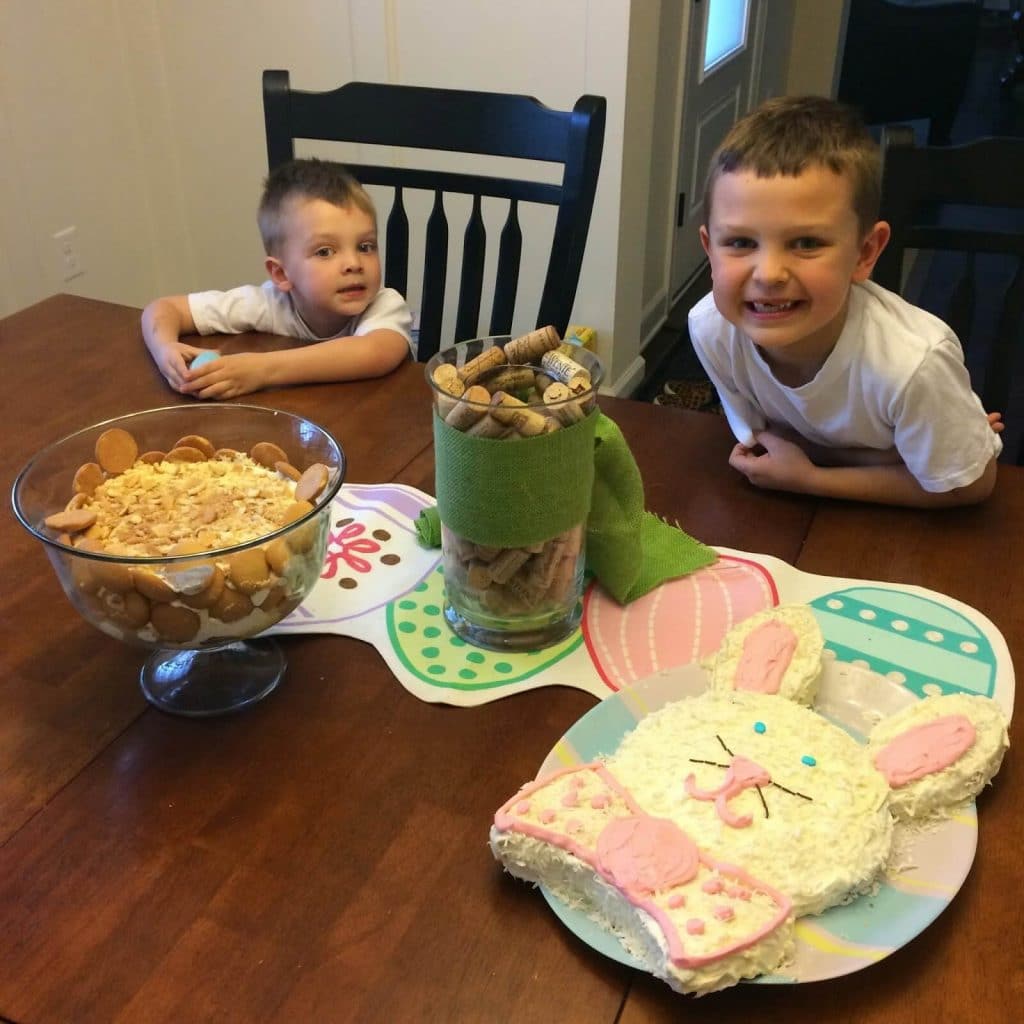 Today is lazy day #1! Spring break and relaxing all week, about to head out to the lake and enjoy a ton of family time for the next 7 days! Tomorrow is baby’s anatomy scan! Jumping out of my skin with excitement is an absolute understatement. Can’t wait to share the news!