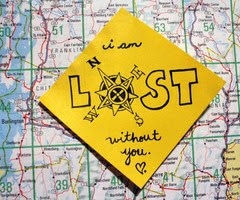 4 weeks and 4 days. That’s how long we’ve been living in our new house sans internet, phone and TV and I seriously miss y’all.
Tomorrow we are supposed to be getting DirecTV hooked up, but I won’t believe it until I see the Real Housewives on my screen! We’ve been given 3 different phone numbers, one of which I found out belonged to a guy named Jose, and 2 different instillation dates that never happened. After 2 hours on hold today, they told me it would be no longer than a week to find out the problem…riiiiight.
So what have I been doing?
Painting walls. Shopping for furniture. Playing with my new appliances and cooking up a storm. Bree VanDekamp-ing the new neighbors. Unpacking more boxes. Watching lots of red box movies during nap time. Going door to door asking the neighbors about their internet. Getting on a running schedule and going almost every morning at 6:30. Sightseeing in DC with my family. Planting flowers. Aaaand, talking on the phone to internet companies.
Trying to keep myself busy, but its hard! I absolutely can’t wait to get back into the bloggy swing of things. Until then, I keep twittering away, hanging onto that tiny thread connecting me to you. So chat with me and make me feel less lonely, mmkay? Hopefully in a week or so, I’ll be back!
I totally forgot to tell you all what that mysterious fabric was that I was standing on in the last Fashion Friday. Its a detachable collar of a cardigan that I really love, but wouldn’t be caught dead with the collar. Its totally Cruella Deville.
« Because my hubs is amazing.
Guess what I’ve got? »