I have a few cities that we’ve visited lately that I want to tell you all about, so I’m starting a new series: Southern City Travel Guide. I’ll be sharing all about where we stayed, what we ate and the things we liked and didn’t like doing. So follow along and I’ll be linking the posts all to each other so you can easily find them.


Today, I’m sharing about our recent trip to Charleston, SC. The trip was a bit last minute and we didn’t put that much planning into it, but we still had a blast. I’ve never walked around a city full of so much charm. It was absolutely adorable! 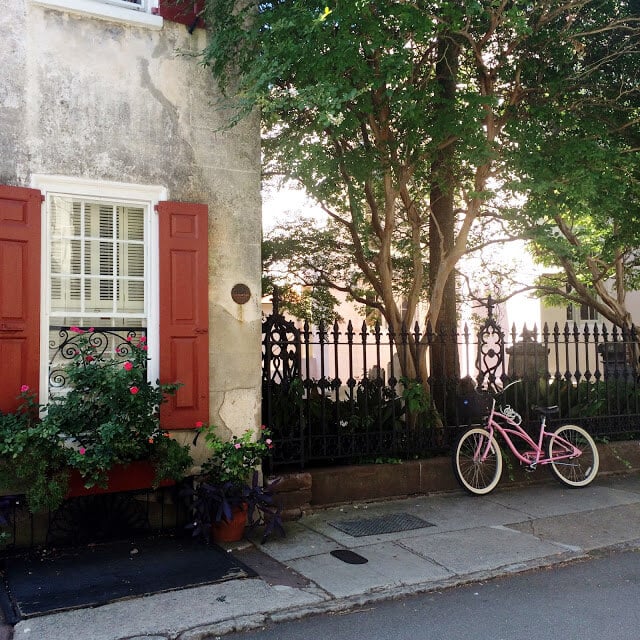 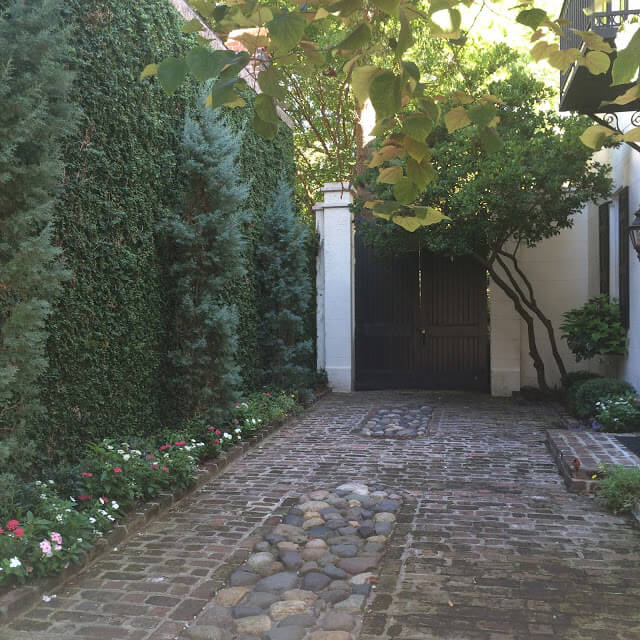 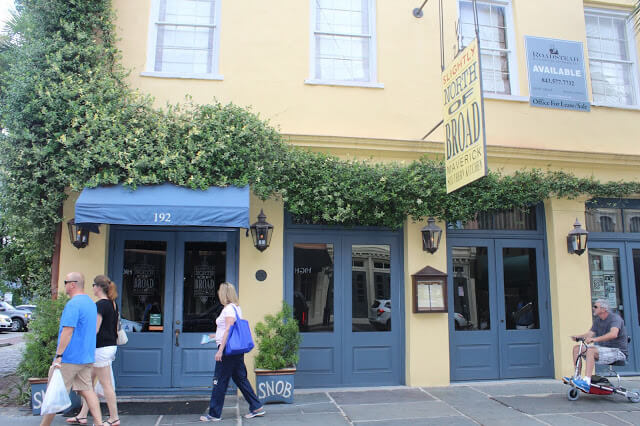 It was the perfect weekend getaway for both us and the kids. Sure there were things we would be able to do if it was just a grown up trip, but there are also things we did that were fun that we wouldn’t have done without the boys. Since I’m very pregnant, we did quite a bit of driving around instead of too much walking. We were still able to take in a ton of the sites from the car. 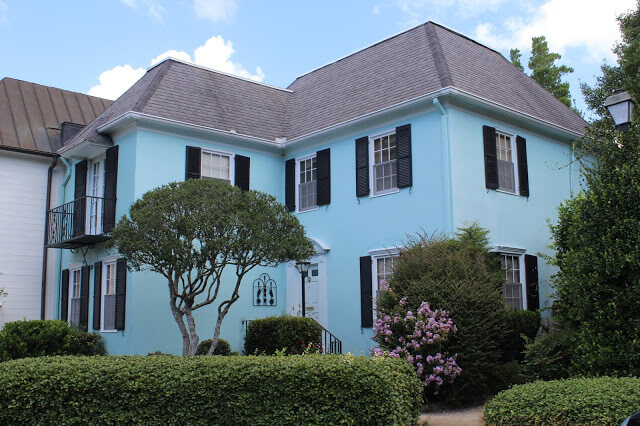 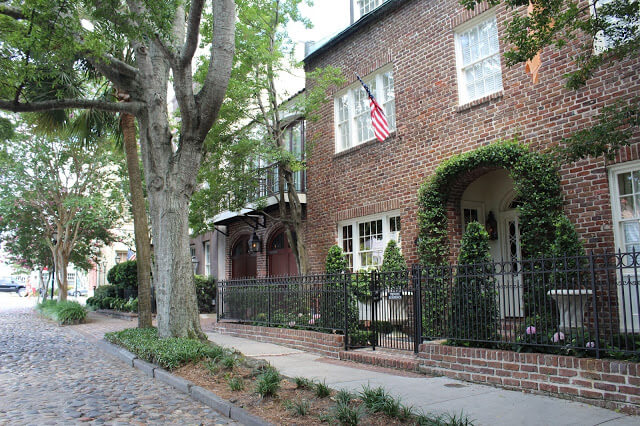 Here are some spots we went that are kid friendly, free and totally fun! 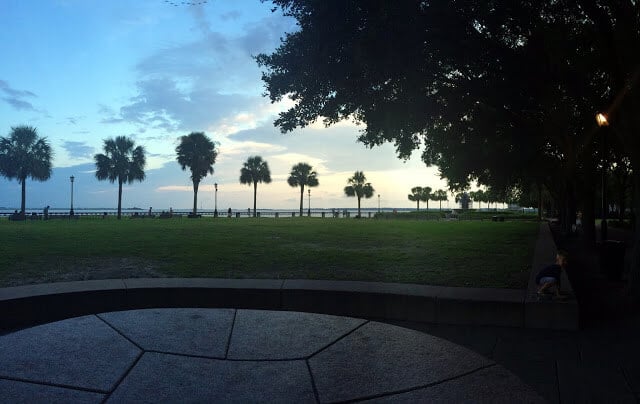 We walked to this 12 acre, waterfront park after dinner our first night. After sitting in the car, then sitting at dinner, the boys were ready for a little exercise. The park features two fountains that kids can play in, the iconic pineapple fountain that’s perfect for a photo op and family sized swings out on the pier if you’re wanting to just sit and relax. The fountains light up at night and there is free wifi if you’re needing to get some work done while your kids run around. 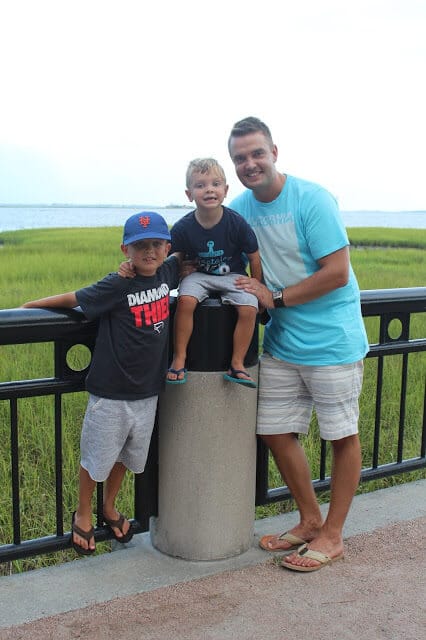 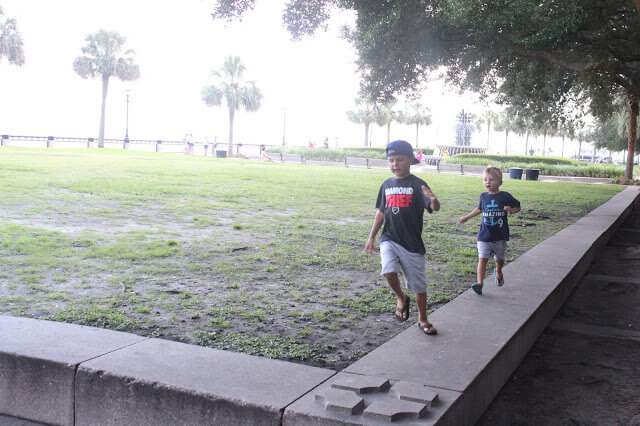 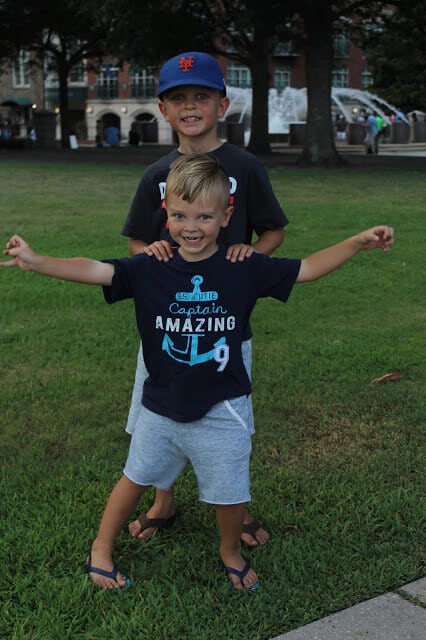 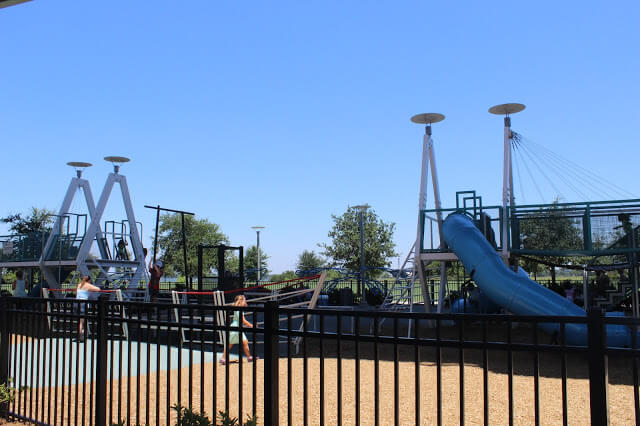 We crossed the Cooper River to head to this park just on the other side. It’s made to look like the Cooper River Bridge and was a ton of fun for the boys. There’s also a pier that brings you right out over the Cooper River and our Cooper thought it was awesome to be “in charge” of his river while we were out there. 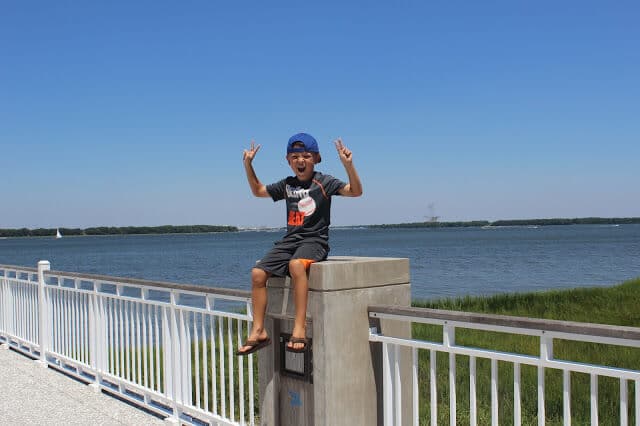 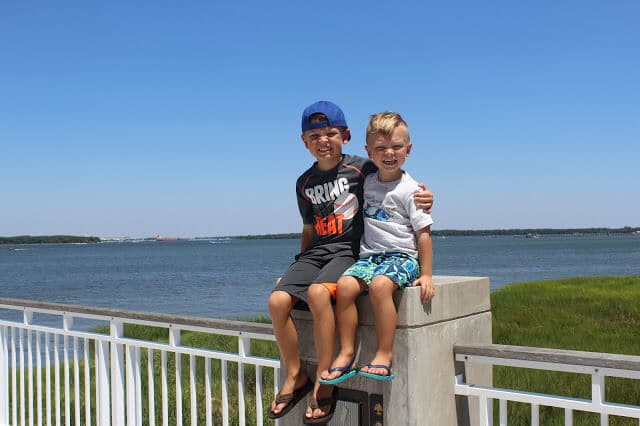 There is a war memorial at the entrance of the pier and a great view of Patriots Point. The boys loved seeing the ships out in the harbor. Also on the pier is a little gift and snack shop as well as bathrooms and water fountains. 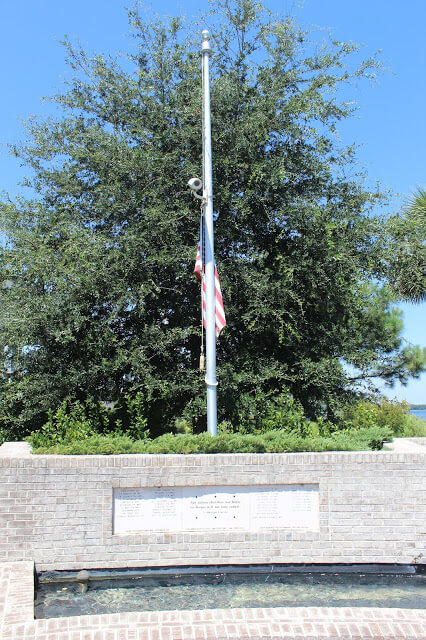 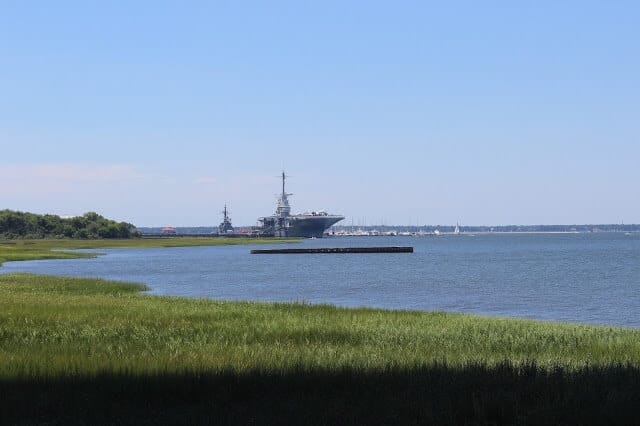 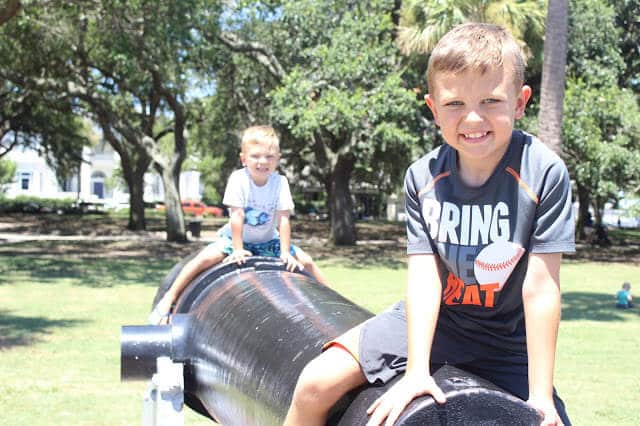 This 5.5 acre historic park has original cannons used in the Civil war as well as multiple statues and monuments that tell the story of war and peace. There is plenty of roaming space, a gazebo used frequently for weddings and spectacular views of the Charleston Harbor and Fort Sumter. 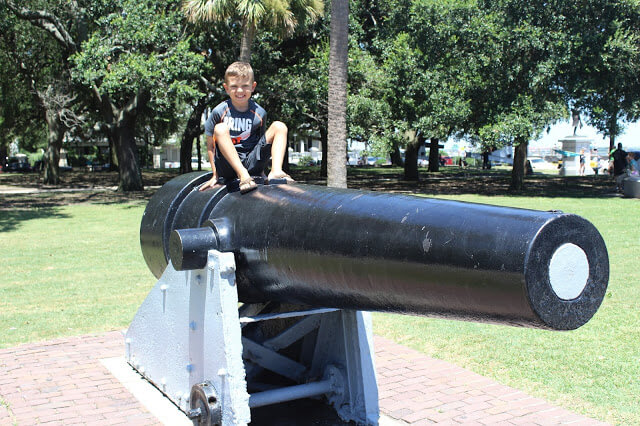 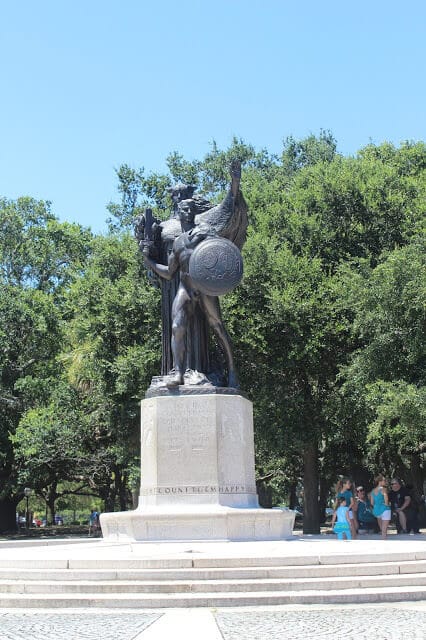 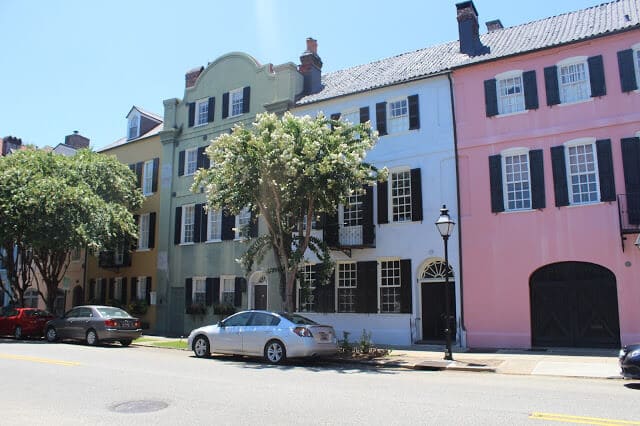 This colorful row of houses is worth the walk or drive down E Bay Street. What was once a busy commerce center with shops downstairs and residences upstairs, became slums after the civil war. They have now been renovated and the row is one of Charleston’s most photographed areas. 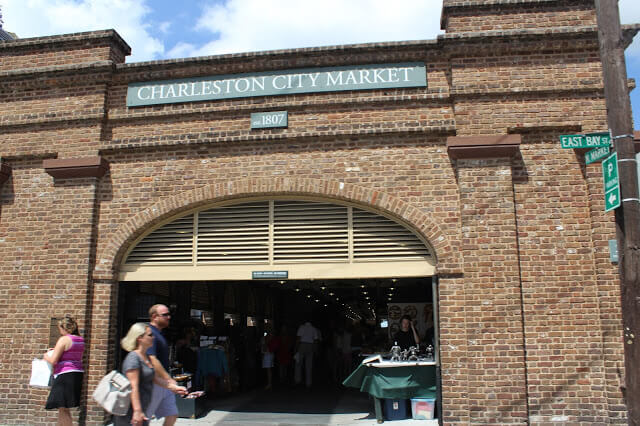 You can get everything from food to jewelry, and anything in-between. A classic souvenir are the handmade sweetgrass baskets. These are woven out of local grasses and have been made in Charleston for centuries. This African art form was originally used to separate rice from the chaff.


King Street Shopping
Walking down King Street is like walking through a history filled mall. All the buildings are old and historic, but with current stores. We did a little shopping, but it was all stuff we can go to at our local mall, so we didn’t spend too much time there. 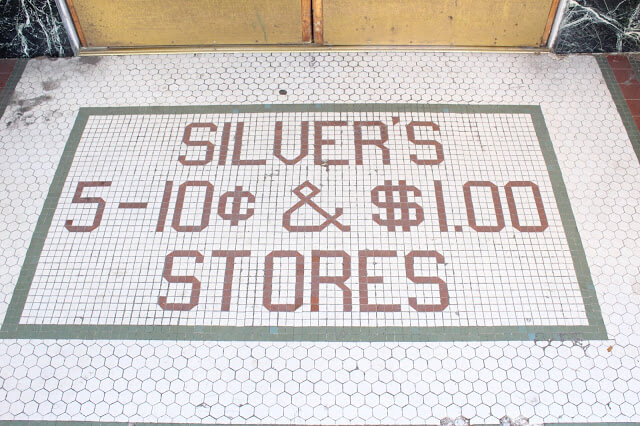 Some other things that were cool to see were the Old Exchange Building, which has a dungeon you can see into right in the bottom front. We didn’t read about this until the day we were leaving, but they offer tours of the 3 floor building, which has been used since the 18th century. 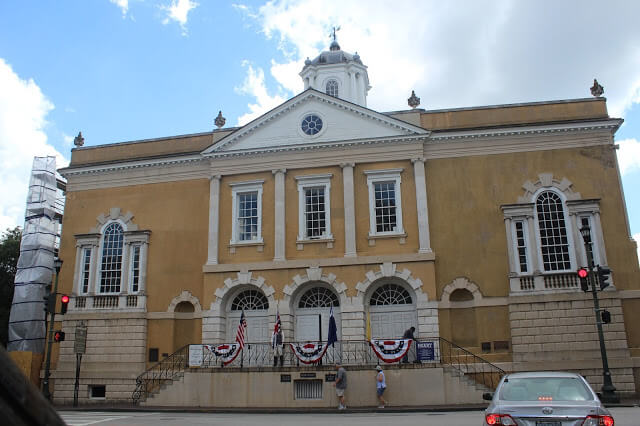 There are tons of horse drawn carriage rides that take you on tours of the city. They have guides that tell you all about the history of the buildings and city itself. We opted to skip this, since I wasn’t sure the boys would want to sit for 2-3 hours and it was pretty pricy per person. If we go back as a couple, we’ll do it for sure. 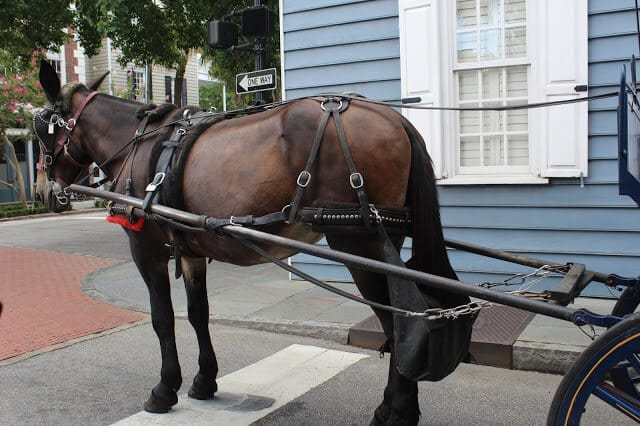 Another thing I would want to do if we go back sans kids (or when the kids are a bit older) is a historic home tour. There are several houses that are now museums, and they still look like they did originally inside. I couldn’t imagine my boys nicely holding hands and walking with us through these gorgeous houses, so we’re saving it for next time. 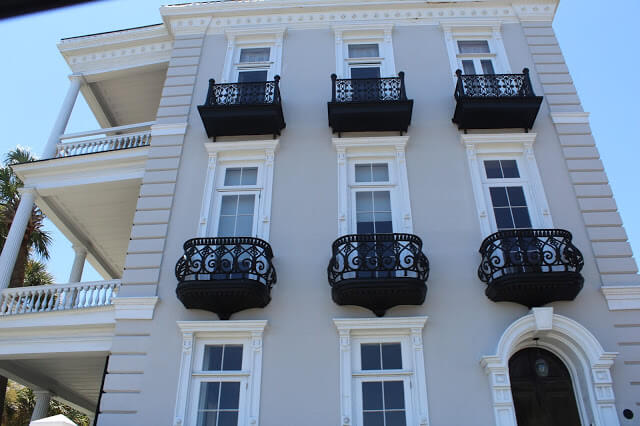 Besides, our weekend filled right up with the things we did plus lots of general exploring. If a street sign said alley on it, we took it. There were the coolest little stone walkways with beautiful houses to see down these shady paths. 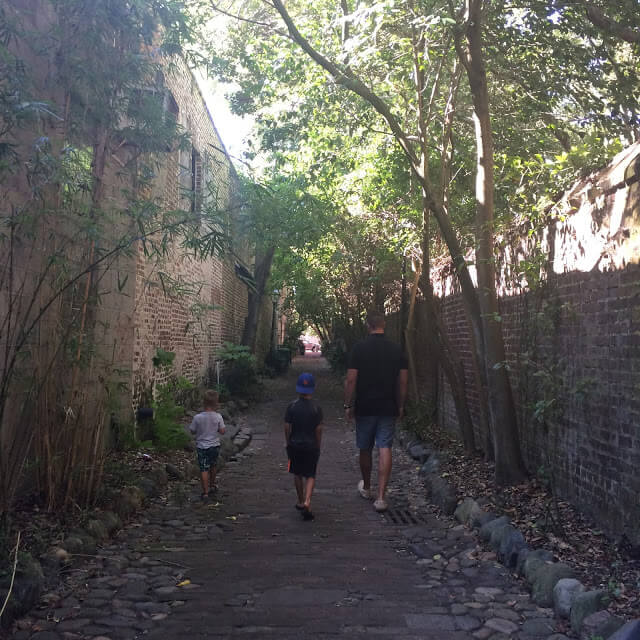 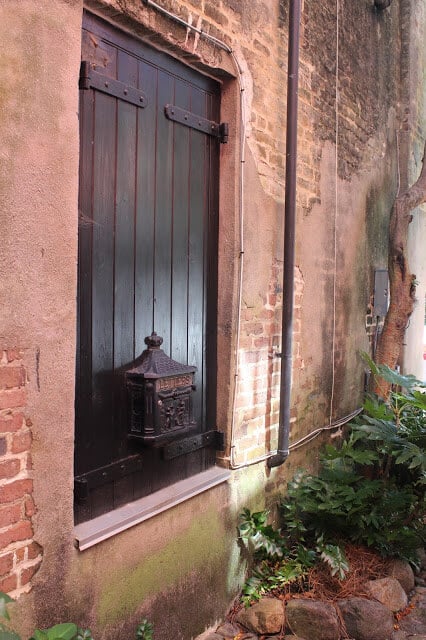 But if you’re a Southern Charm fan like I am, you’ll make your husband drive you past the cast members houses on the way out. Hey Patricia! Can I come in for a martini? 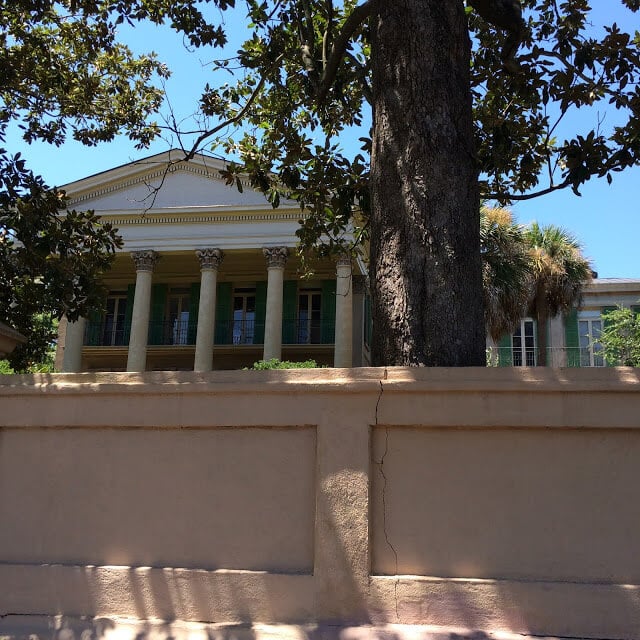 Coming up next will be all about FOOD! We basically ate our way through Charleston and I can’t wait to show you all the best places to put some south in your mouth!