We have a new neighbor. With a dog. A big one. And she keeps walking it down the street to poop in my yard.
Then she leaves it there.
Back up: We live on a cul-de-sac. There is no house at the very end, but our property line meets our neighbor directly across from us in the middle of the street. I think people must think that it is common ground down at the end, but its our yard/wooded area.
We decided the best thing to do is put up a sign, so hubs made this and got it laminated. {I think it should have actually said no POOPING, but hubs didn’t want to use “that word”. Hehe} 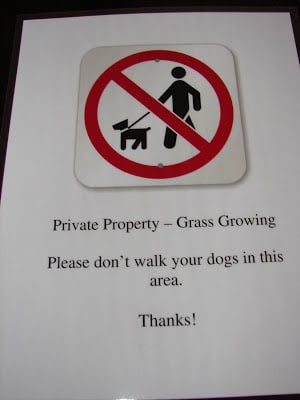 Then he put it on a stake, 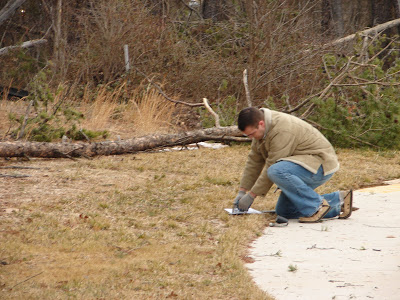 And put it up for the world to see. 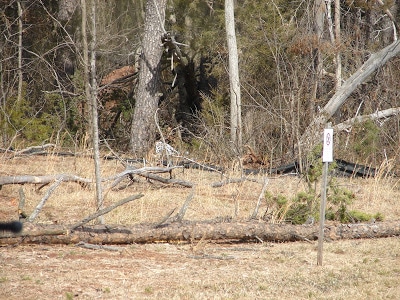 We decided to pick up the poop that was out there since its getting warmer and I don’t want it stinking it up. We got a shovel and went to town. {BTW, those trees fell during the big snowstorm we just had. They will be gone soon.}

Once we got started, I realized just how much poop was out there.

Literally a pile of poop for every day they have lived in the neighborhood. (1 month-ish) We filled a large trash bag 1/2 way with POOP. It was so heavy the bag started to break and hubs had to carry it. My blood was boiling.

Even if it was common ground and not someones personal property, wouldn’t you think about the fact that very soon, it will be a land fill that makes the entire street will smell like sharts?

« The Cleaning Schedule
Its been awhile since… »