Cooper turned 8 last week and we had, what I think, was the most fun party yet! Here my big boy is on his Birthday morning. He loves blueberry muffins, so that’s just what he got! 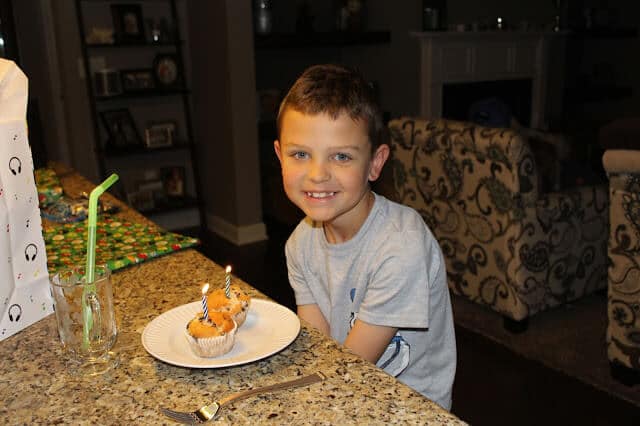 I love a good theme party and have thrown some pretty big shindigs for my boys in the past. (See Super Mario, Cars, Mustache Bash, Toy Story, Paw Patrol, Minecraft and Ninja Turtles.) But when Coop told me he wanted to go to a baseball game and have a slumber party, I knew it was NOT going to be a huge thing. The Hubs and I couldn’t handle more than a handful of boys if we were doing all that! So we told him he could invite 5 friends and he decided on a baseball theme! 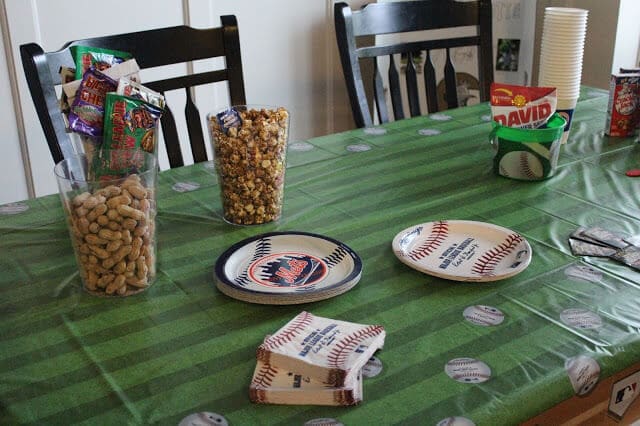 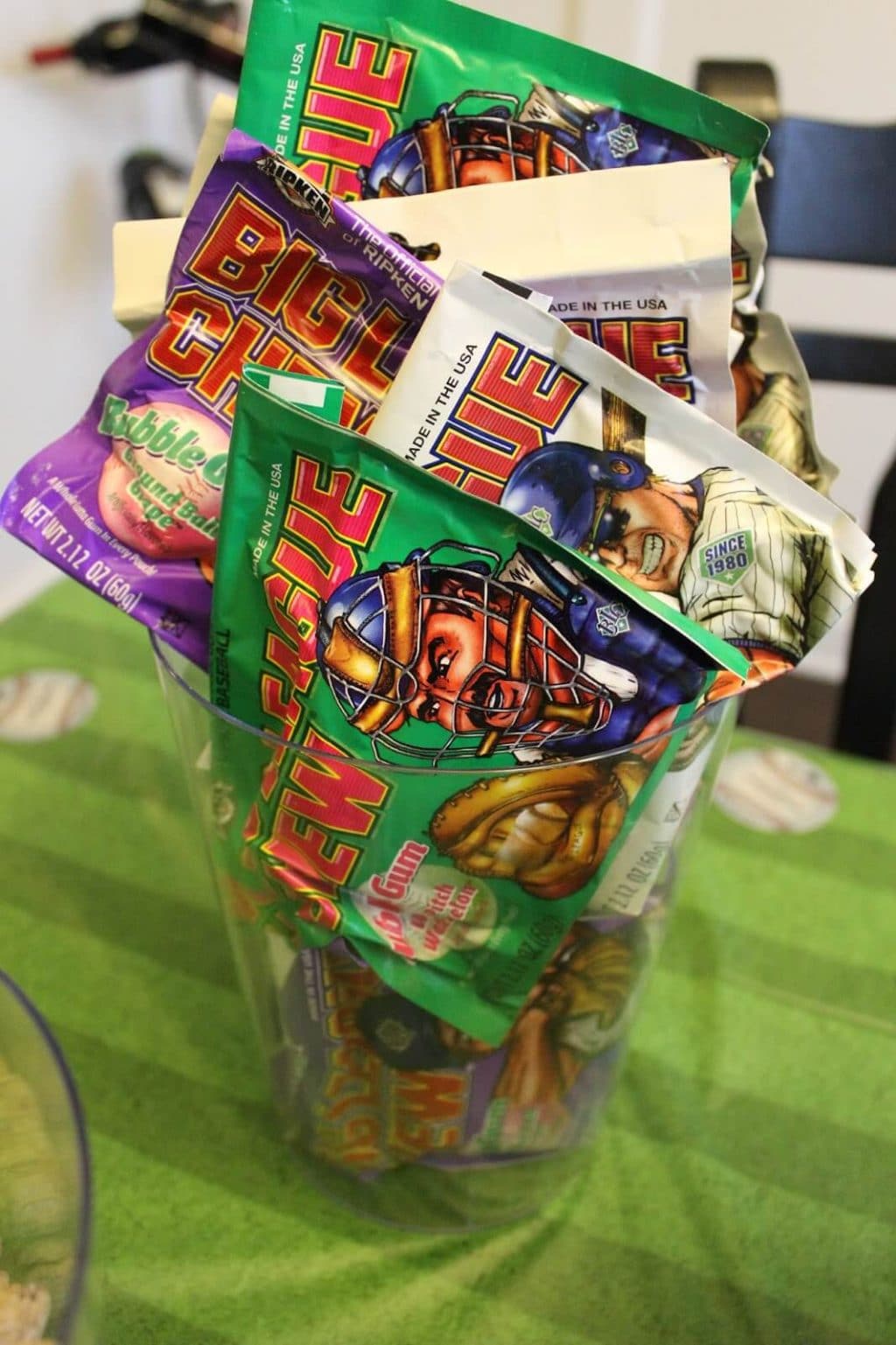 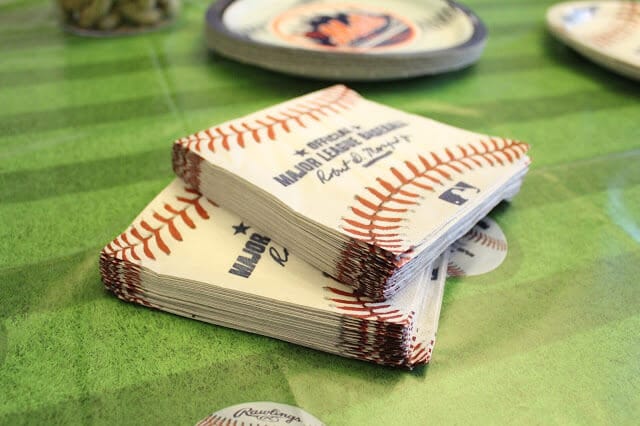 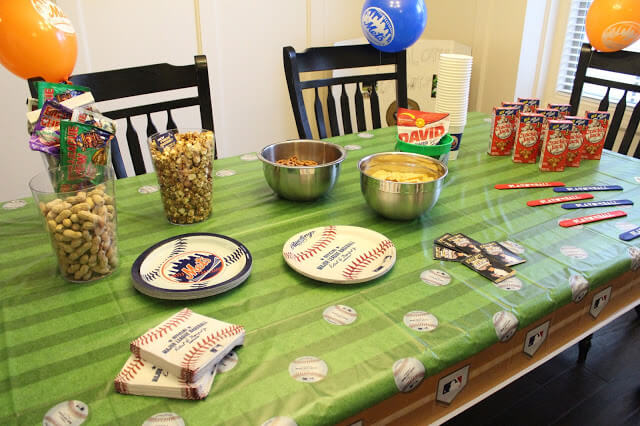 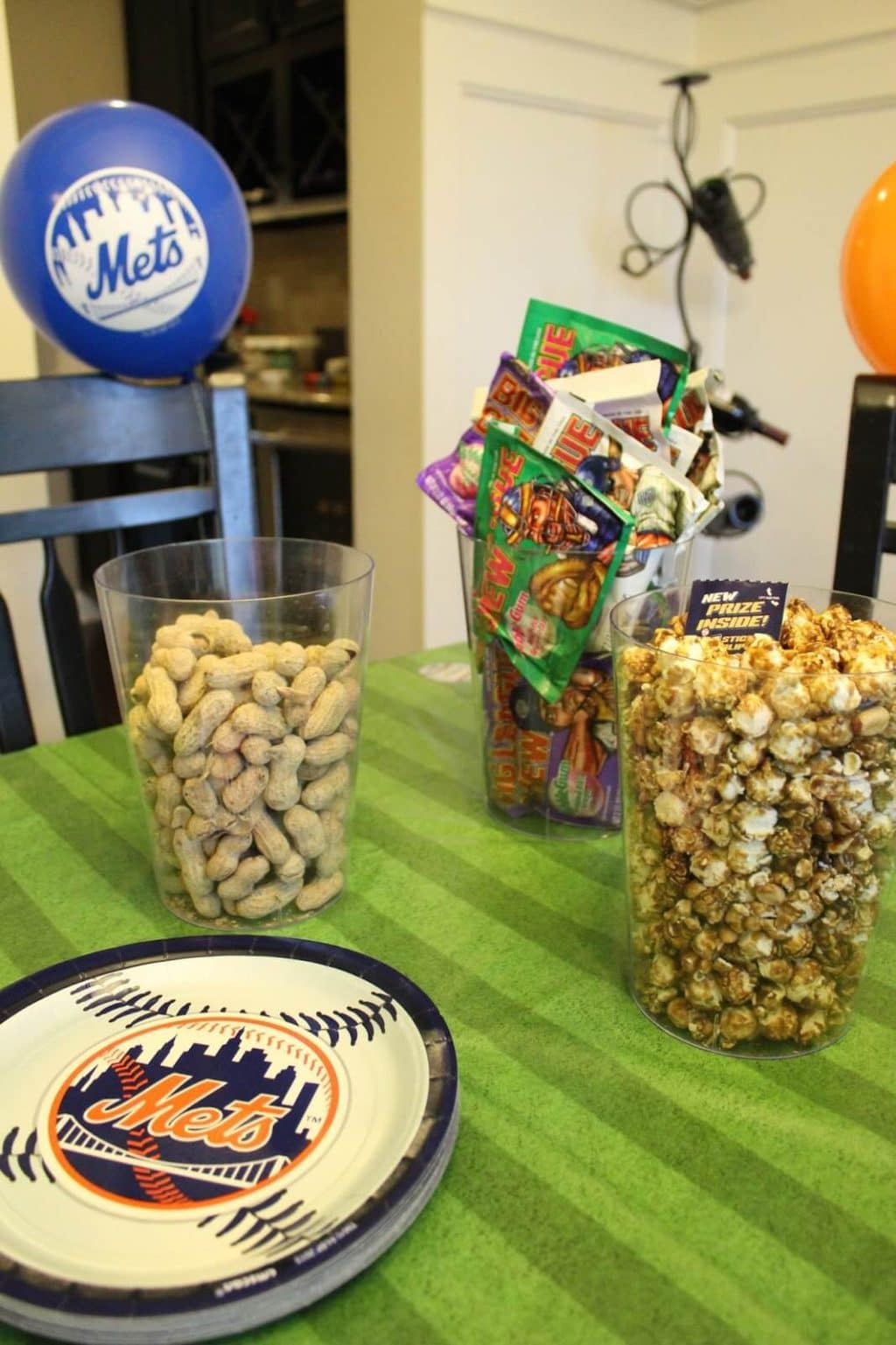 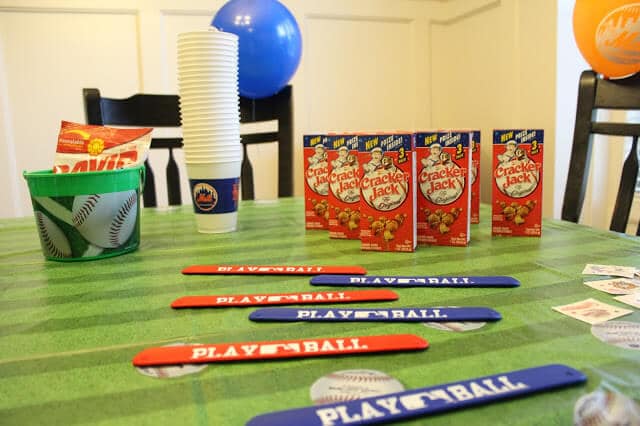 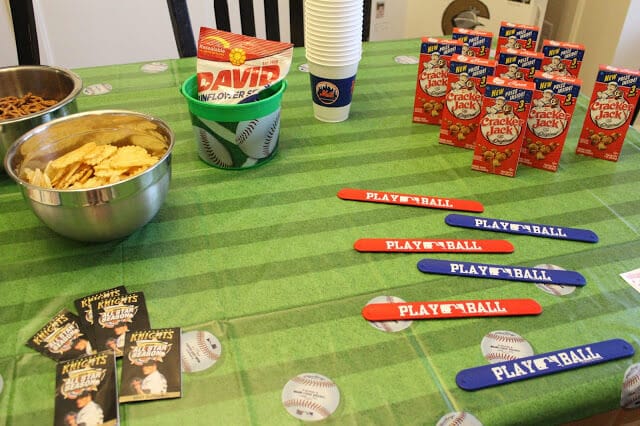 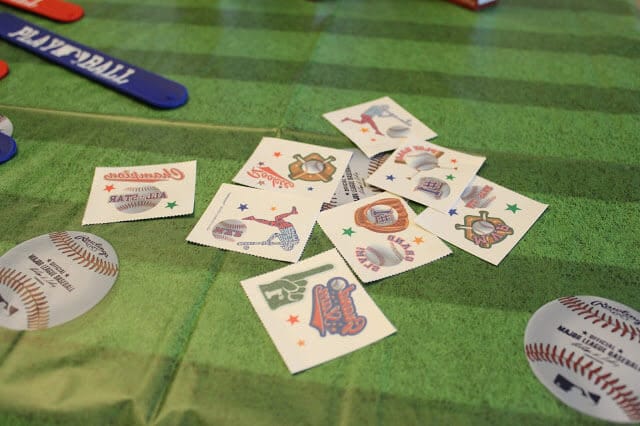 Coop and The Hubs had been to BB&T park to see the Charlotte Knights play a couple weeks prior and Cooper made this poster for a school show and tell. He wanted to put it up for the party since we were seeing the Knights with his friends. 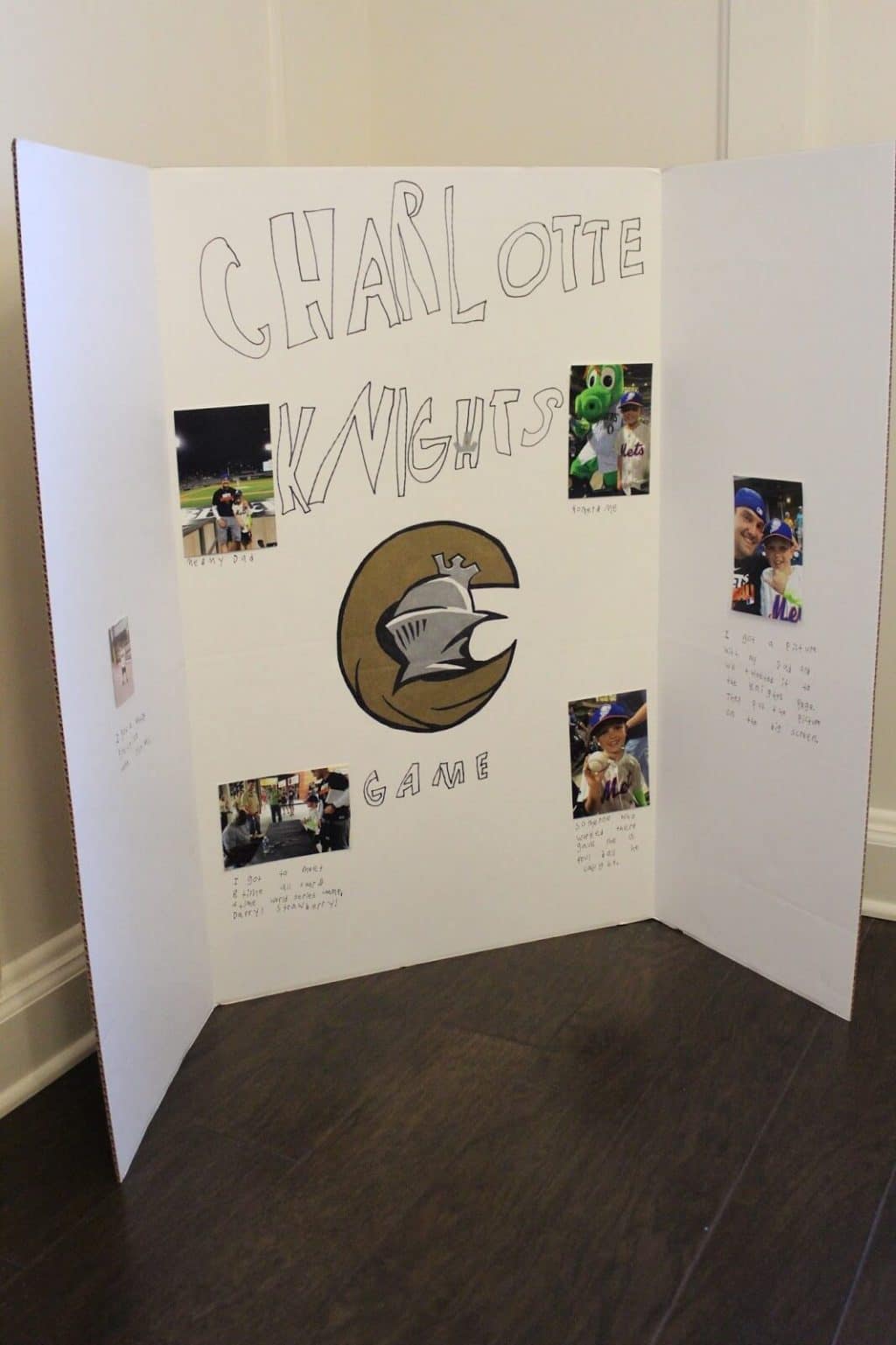 We got the tickets for the game and as the day was approaching, the chances of rain kept increasing. We didn’t want to mess up the party, so we loaded everyone up and went anyway! Coop was excited to see a Happy Birthday message to him on the big screen! 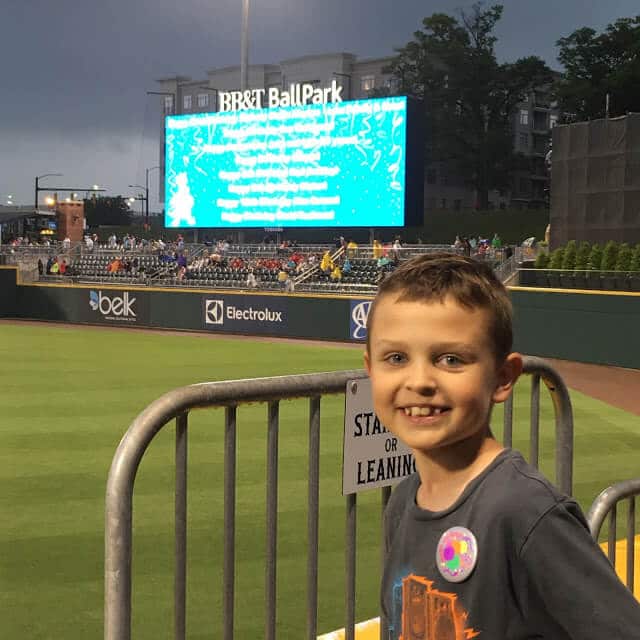 Everyone kept their hats up and we toughed out the little bit of showers that came and went. 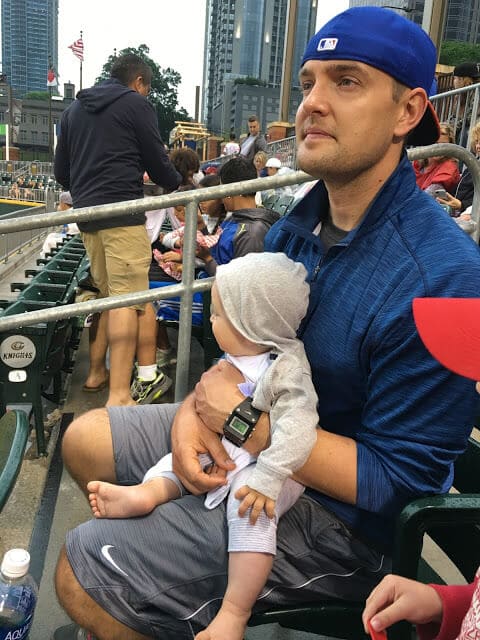 But then the real rain came. As The Hubs was taking someone to the bathroom on trip #12 or so, the skies opened up. AND IT POURED. 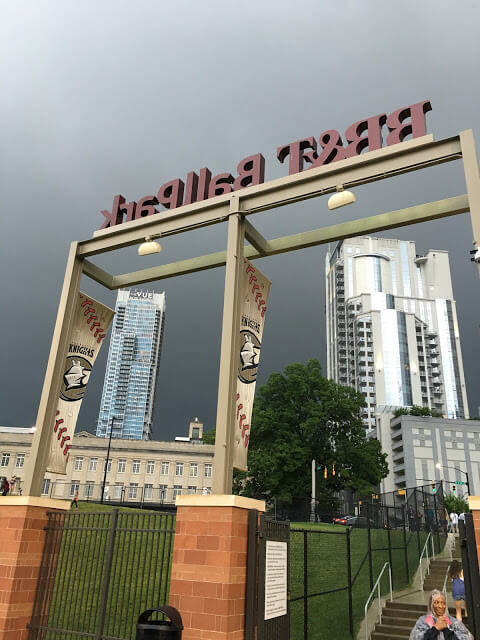 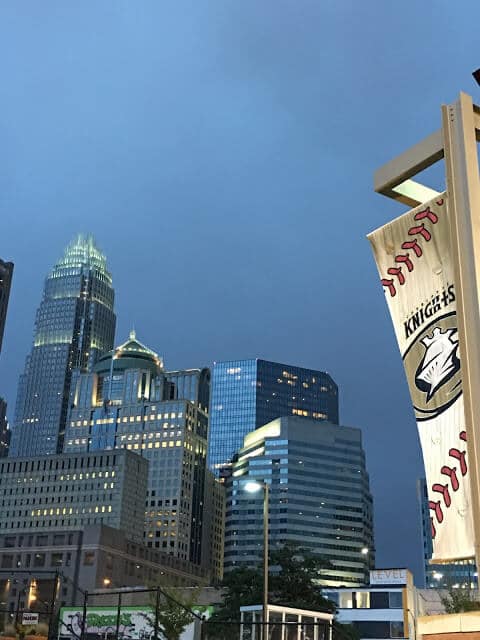 We were soaked in a matter of seconds, but there was literally nothing you could do. The entire stadium was running out and hiding. Well, except these boys, who thought that playing in the rain was just fine. Haha. 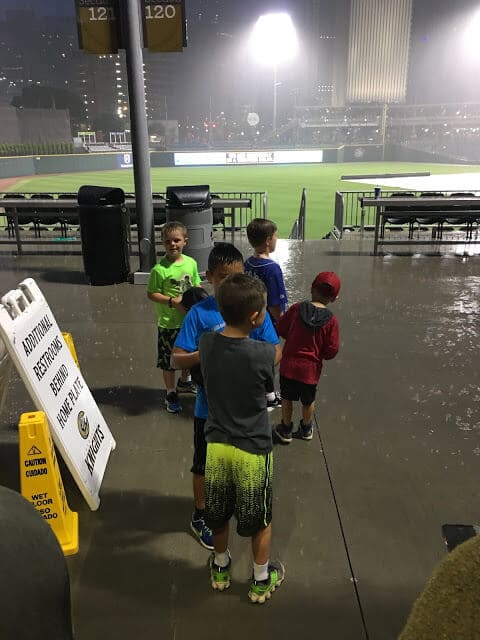 You can imagine the car ride home was interesting! By the time we ran to the cars, everyones shoes were squishy with rain and we were sitting in puddles. I sent everyone to bathrooms with towels immediately when we got home and had to put lots of stinky sneakers in my dryer!


Cooper thought it was great fun to eat cake late at night. It was also great fun getting will 8 year olds to calm enough for bedtime after that! 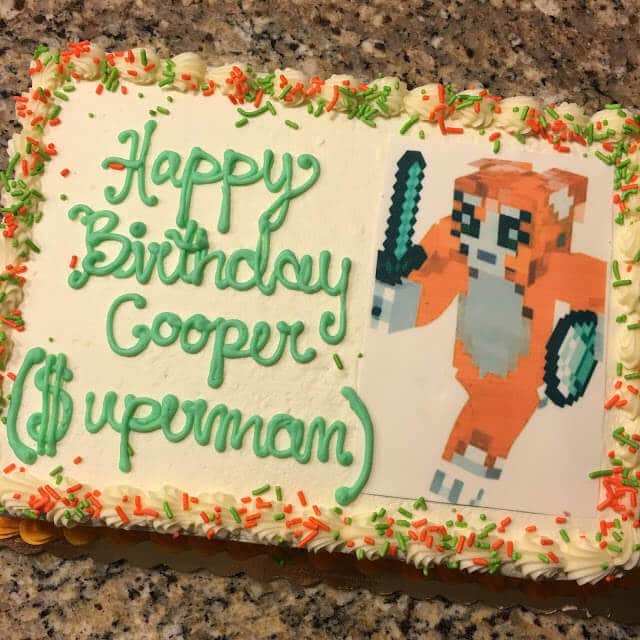 Everyone laid out their sleeping bags and they were actually really good. By midnight, I heard lots of snoring and before 7am, they were up and wanting to eat. I’ve never cooked so much bacon at once in my life! 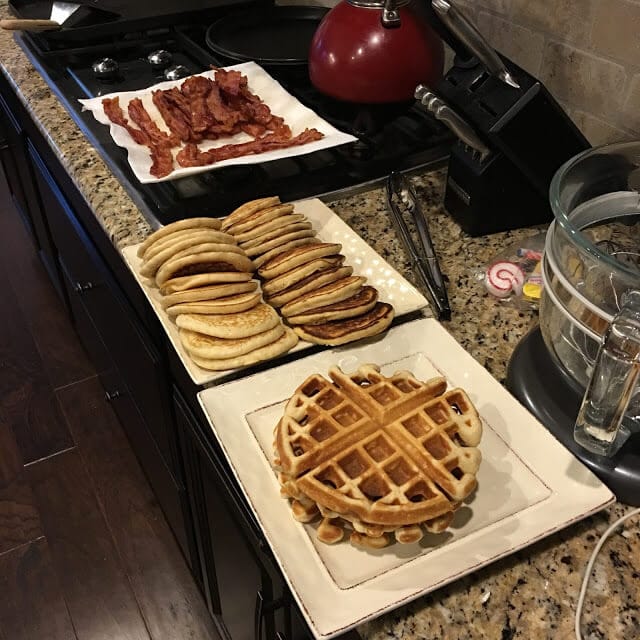 The first slumber Birthday party. I can’t believe I have one old enough to have done it, but time isn’t slowing down at all!