Last weekend, my cousin got married in beautiful Savannah, GA. We left on Thursday and drove the 9 hours to my Grandma’s house. I wasn’t prepared for the heat. Or the gnats. Ewww.
It was the first time my whole family has been together since last October, so we snagged a picture at the rehearsal dinner. 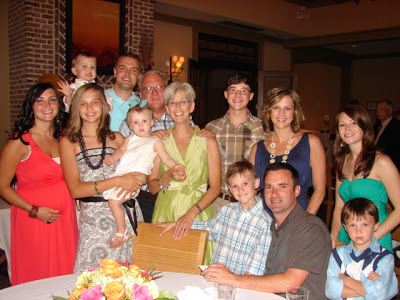 The wedding was all outdoors. I was pretty nervous about being a bucket of sweat by the end of the night (and for my hair…whooo frizz), but it actually wasn’t that bad. 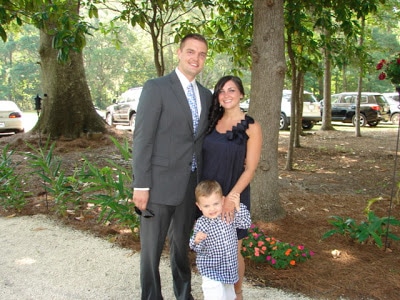 The whole fam once again. 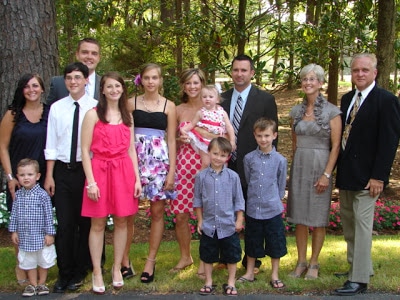 My uncle and my beautiful cousin. 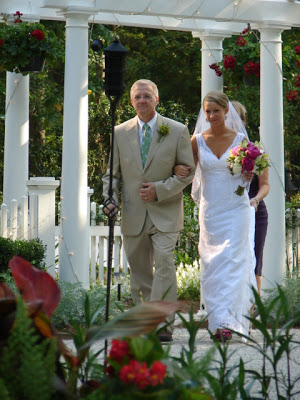 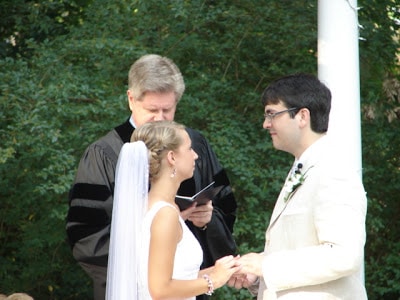 The reception (and the rehearsal dinner) was completely gluten free. My cousin is a severe celiac and no one wanted her to end up in the ER on her honeymoon! There were no huge rolls served with dinner, but the food was actually delicious.

The brother of the groom happens to be Dave from Lady Antebellum. Pretty sure that makes us cousins or something. Hehe. 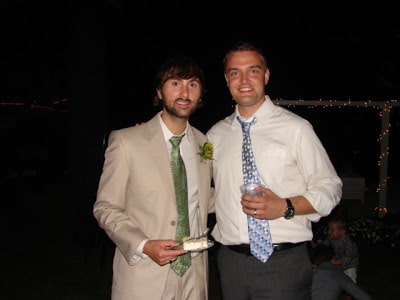 The bump didn’t stop me from doing the cha cha slide. In the flats I stowed in my purse, of course. 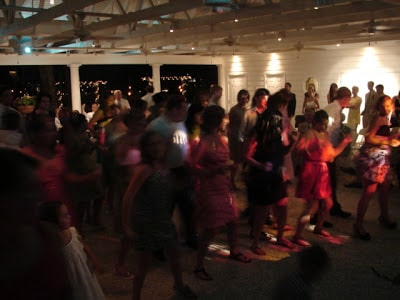 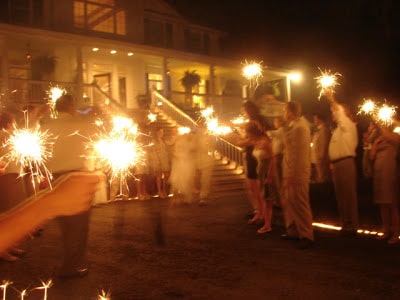 The next day, we drove 4 hours down to the Orlando area to see the hubs sister’s 2 day old baby girl, Briella.
Isn’t she tiny?! I know I will never have a baby that small! 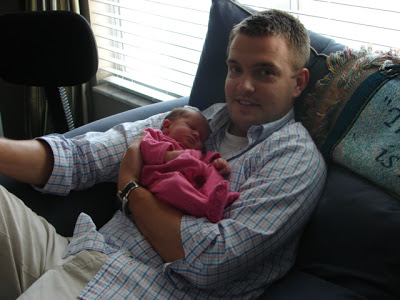 The kids don’t see each other that often and loved playing together. 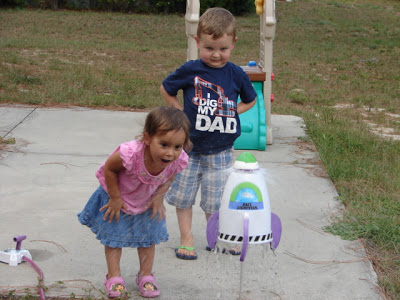 We *attempted* a shot of all the grandchildren on hubs side. Cooper wore his “Madagascar” face that was in 6 million pictures from the weekend and baby Briella screamed the whole time. At least we got a cute funny face shot. 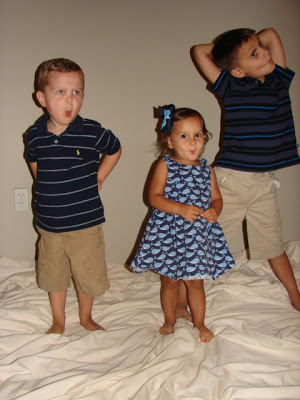 Tuesday, we drove the entire 13 hours home. We put the little potty seat in the back of the car and Cooper didn’t have any accidents the entire weekend. I am so proud of him! And to whoever invented the in car DVD player is pure genius. I’d french him.
« A new fave beauty product.
Baby #2 – 18 weeks »