Over the weekend, I was putting Coop down for his afternoon nap. We were doing the usual – books and songs followed by total smashing cheeks kissy fest. I snuggled him into his sheets next to Big Bird when he said something that made me weepy.

“Mommy, do you still love me when I’m nasty?”

6 million thoughts raced through my mind. Why is my child questioning my love for him? What have I done to make him feel this way? Am I too harsh or quick to discipline? Do I not tell him I love him enough?

I reassured him that of course I love him and I always will. (If he only knew the major amount of crap he could do and still have my love.) I told him that when he’s nasty, it makes me sad, but I love him no matter what. He said “okay” and went right to sleep. I on the other hand couldn’t stop thinking about what just happened. (Or looking at pictures of my sweet little man trying to think of where I went wrong.) 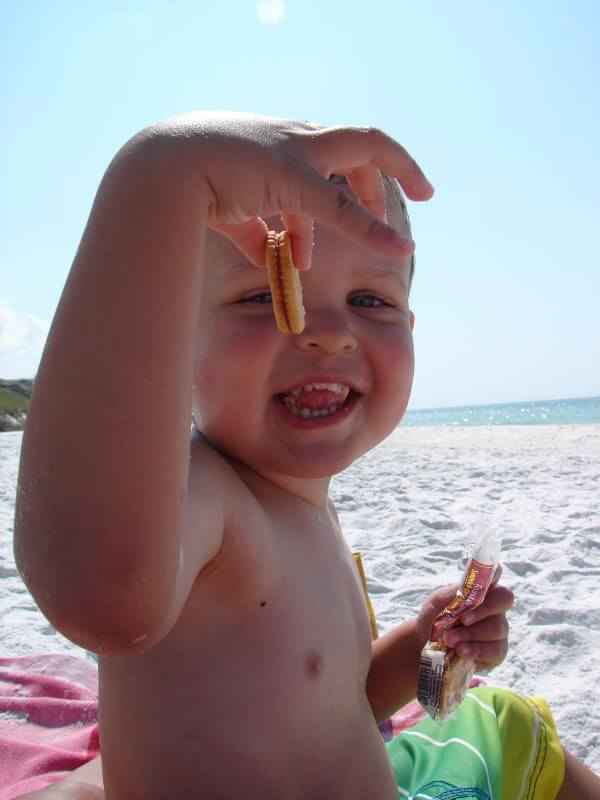 When the hubs came home, I sadly told him what happened. His response to me wasn’t quite what I expected. He said “So what. He just wanted to know if it was okay to be nasty to you.”


Humph. Guess I let it get to me a bit much. He’s learning. He’s figuring out life and and where he stands with us. What he can get away with. Just how many times he can say “No, I’m in charge, Mom” without me calling his Dad.


I know I will never be able to explain to him just how much I love him. Just like I never fully understood when my parents told me over and over, until I became a Mom. To think that God loves us all like we love our children; its a humbling thought.


I may have a child that puts on a stink face *almost* every time I tell him to do something lately. One who knows that I hate to take the iPad away as a punishment, because lets face it, it totally screws me. One who sings Kid Rock, shakes his bootay and knows every character on Family Guy.


But I love him like crazy. And I will try my hardest to make sure he knows it every single day. Because that’s what Mommy’s do.
« What I’m wearing – 35 weeks pregnant
My escape…toilet style. »