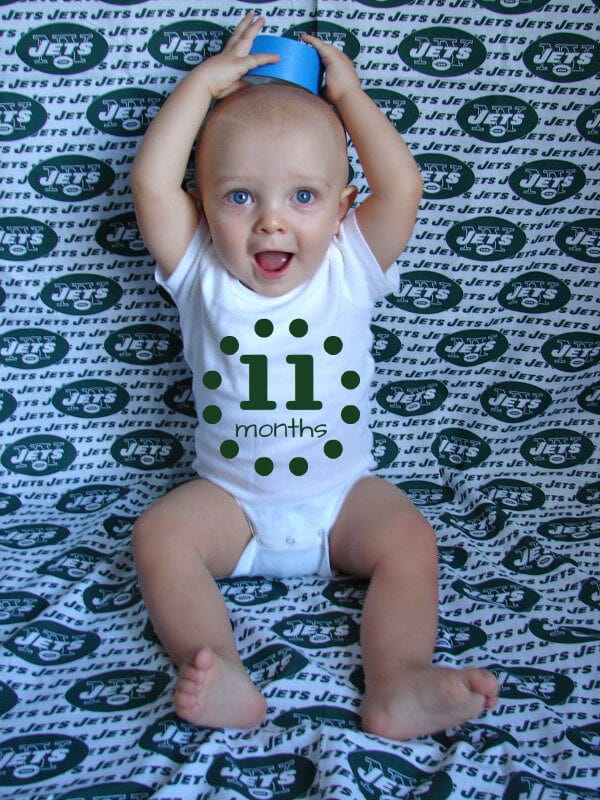 I’m still having a hard time wrapping my head around this baby being 11 months. He was just born yesterday, right?!

Sleeping. Pretty decent. He was sleeping great through the night before another teething bout, but he’s just waking up once around 5am. And its because he’s wet. The poor kid leaks through his diaper every.single.night. No matter what kind of diaper I use. So, I have a routine that includes changing baby, changing sheets, bouncing and shushing back to sleep all at 5am. It’s not that bad, though…I’ve got it down to a science now.

Eating. Everything still. He started meats and he loves those, too. Only wants to self feed and snatch foods off his brother’s plate. Which I completely allow.

Moving. He is standing up! Just for short periods and I think he thinks it’s funny to fall into my arms. He is totally cruising around the coffee table, couches and any other semi-sturdy surface.

Talking. In addition to my favorite, “NO”, he has added “juice” and “yes” this month. He sings in his own little baby language and could go on singing to himself for a good 10 minutes. I seriously need to record it. It’s the most adorable thing you’ve ever seen.

I’m one proud Mama and couldn’t have been blessed with a sweeter, more snuggly babe. He’s amazing!

Some of you have asked about the monthly fabric photo and how I go about it. Thought I could give you a little behind the scenes. It’s harder than it looks now.

First, Callan only wants to look out the window. And beat on it, of course. 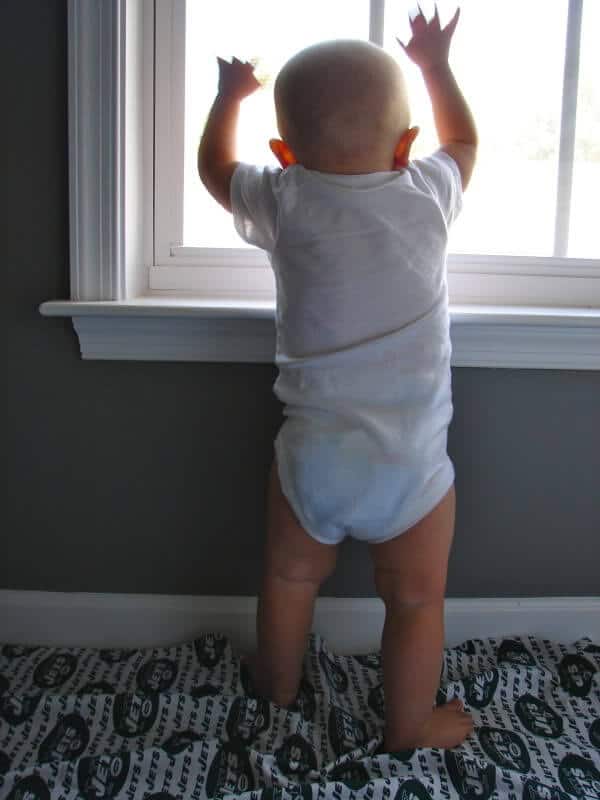 We usually do the lay on the floor with Mommy standing over you making ridiculous faces and singing the Mickey Mouse Clubhouse theme song. Clearly (errr, not) that isn’t working for us anymore. 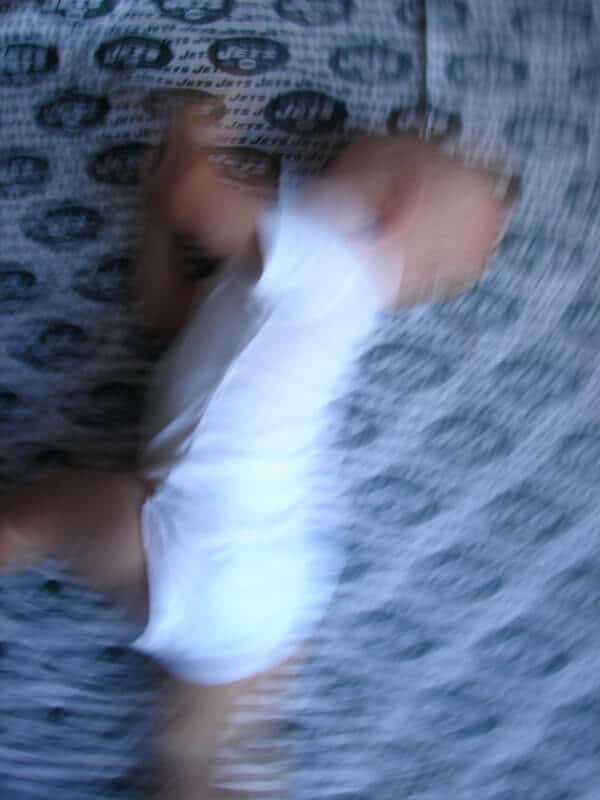 So, I tried standing. But he only wanted to turn around and beat the wall. 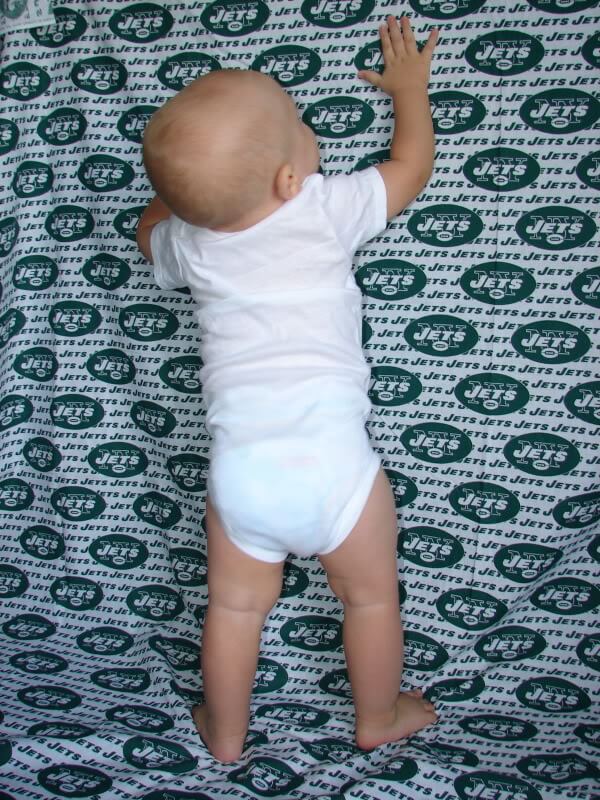 And when I finally got him to face forward, the fabric was all wonky and he was flailing his arms with excitement. 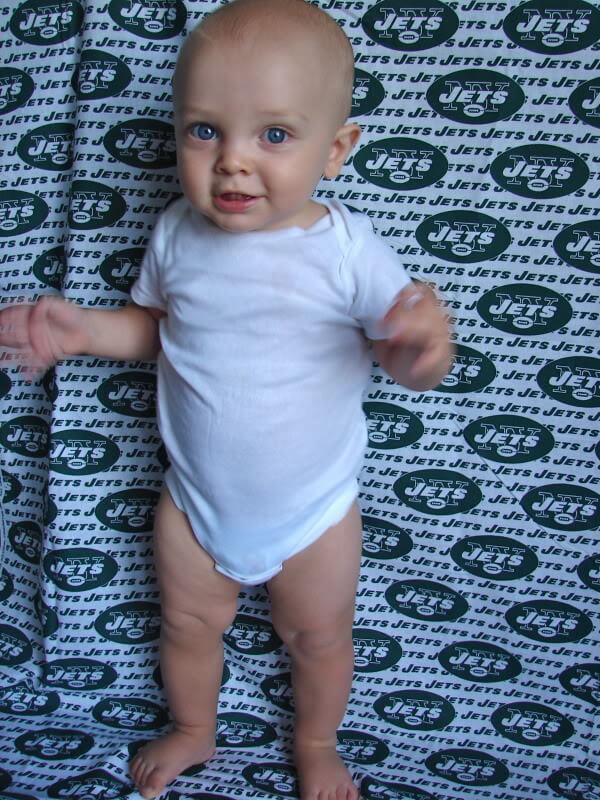 So, we went with sitting. And playing with a roll of painters tape. And it kinda worked.

Don’t forget about mine and Callan’s Celebrate the 1 Birthday Giveaway event, November 1-11! Contact me molly.dee1@gmail.com if you are interested in hosting a giveaway! 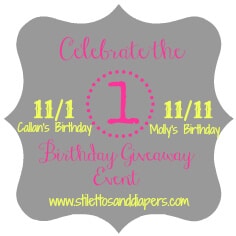